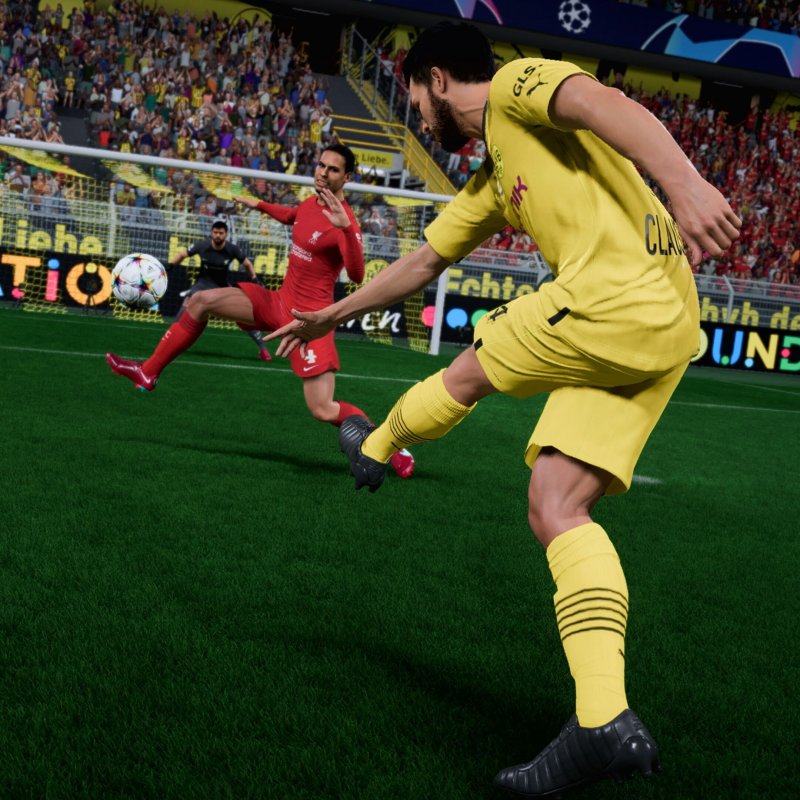 Let’s find out what’s new in FIFA 23 Career mode and how you can become football stars or the coaches of the future.

In the path that is approaching us on a weekly basis to the launch of FIFA 23, it is time to talk about Career modes. It is an experience that has always been at the heart of every sports game, but over the years it has left the limelight to more fashionable modes such as those related to online, Volta and, of course, Ultimate Team.

The Career, however, especially as a coach, continues to boast a large group of fans who, with the arrival of the new chapter, always hope in the arrival of substantial innovations capable of further improving the experience.

So let’s find out what’s new in FIFA 23 Career mode and if these will finally be able to meet the expectations of many fans.

The usual one presented all the news Alex Constantinescu, Senior Game Designer of Electronic Arts Romania. He did it through a quick summary video, as his team was in the middle of development work and he couldn’t get away from his office to be in Vancouver with everyone else.

The Announcements of FIFA 23 seem more and more aimed at making the Career a sort of football MyPlayer in which the gamer’s task is to actively participate in the ride towards the glory of a football promise, influencing his skills through performances on the pitch and decisions off the pitch.

One of the main innovations will be that of the personality of the footballer. Based on their decisions and style of play, each athlete will earn personality points. These are mainly three, namely Maverick, Virtuoso and Heartbeat. Mavericks are aggressive, pursuing goals and acting by intuition, seeking stardom on and off the pitch. Virtuosos are skilled and intelligent and count on their ability to change the course of games in the blink of an eye. A Heartbeat player is like the wrist of a team, he reads the game before the opponent and dominates with willpower, determination and resilience.

Each of these categories will determine specific bonuses obtainable from our football player. In this way, his way of playing and his strengths will be defined not only through training and matches, but also based on how he behaves in the locker room or at the press conference.

There will, in fact, be different off-field activities that will allow you not only to get personality points but also money to buy items with which to customize your alter ego or get additional personality bonuses with which to influence the development of the player even more, but above all to make each game unique, always choosing roads and paths different. These moments will be described through a whole series of new films, created to adapt in real time based on the choices made and the time of the year.

To speed up the development of your athlete and minimize the downtime that can occur within a long season, EA has decided to create Playable highlights. In other words, the artificial intelligence will select certain moments of the match or season that you can influence with your actions. In short, instead of playing all 90 minutes, you could decide to intervene only when the goal was conceded, to try to stop the attacker, or when he missed a goal in the 90th, so as to grab the victory in extremis. . Those who want to can always dedicate themselves to every second of their career, all the others can choose to avoid games that are not very influential and to dedicate themselves only to those moments in which you decide a season or a path. The classic sliding doors.

This means that each match will have a unique number of playable Highlights which depends on the strength of the two teams or how the AI ​​decides to solve a given match. There will be crackling matches, with many scoring chances and others more closed, with only a couple of moments in which to try to break the deadlock. You can also choose whether to play only the attack or defensive moments, leaving the player complete freedom of choice.

We are all CTs

The playable Highlights mechanic will also be used in the coach mode, also in this case to streamline – possibly – the dead or repetitive moments of the championship. Thanks to this mechanic, you will be able to dedicate yourself only to those moments that define the season, delegating the rest to the automatic management of your club.

Similarly, FIFA 23 will be able to recognize certain milestones of his career and will try to tell them through ad hoc videos. In this way the narration of the match will seem more dynamic and personalized, with interludes that will show the arrival of a new star in the squad or the preparation for the cup final pursued throughout the year. Another big news is the possibility of playing a real manager. Similar to what has been happening for some time with the Player career, in FIFA 23 you can play one of the many real managers present in the game. About 30 of these, obviously the most famous such as Jürgen Klopp, Pep Guardiola, Antonio Conte, Thomas Tuchel and others, will also be present with their royal features.

The new is also very interesting transfer feedback system which was introduced in the Career Manager: the Transfer Analyst. It is an algorithm that judges your movements on the market, which tries to understand if you have made good purchases or not and if your choices have contributed or not to the fortunes of the club and your victories. This is an indicator that helps to understand how close we have come to the maximum obtainable during negotiations, in order to understand how the scouts are working and if the negotiation with the other club has been managed in the best way.

Another indicator that serves to help orientate in the transfer market will be tension. This grows after each raise and indicates how close you are to the fact that trading will stop.

In addition to the specific innovations of the Career modes, there are others that come as a reflex and that apply to all of FIFA 23. For example, the presence of official licenses of the UEFA Champions League and the UEFA Europa League, CONMEBOL Libertadores, Premier League, Bundesliga, LaLiga Santander and Serie A make all these tournaments much more exciting, given the presence of graphics, music and real events.

The renewed management ofartificial intelligence and the reading of spaces should make the games more fun and dynamic, with opponents behaving in a more realistic and less automated way.

Also the development team tried to redesign menus in order to make them more consistent with the rest of the game. The model taken as a reference is that of Volta, but this should mean that there is an easier reading of the various components and a faster and more dynamic navigation between the menus and the different options.

The team redesigned the pre-season tournaments in order to make them more useful for team preparation. By bringing the dates closer to the start of the tournament, these will allow players to be trained in order to have them ready for the first day. They will also allow you to win additional money to spend in the transfer market, so as to make your 11 more competitive.

Another small, big news is the possibility of manage your own save file. There will be 17 different slots and each will be described in a more precise way, so as to make it clear on the fly of the point of the season to which they refer.

Obviously, once on the pitch, PS5, Xbox Series X | S, PC and Stadia players will be able to benefit from all the news that we have shown you in the HyperMotion2 preview.

The novelties of FIFA 23 Career mode indicate how the team has tried to refine and improve its game without distorting it. These are news, in fact, that improve the flow of events, deepen some mechanics or expand some ideas sketched in the past years without revolutionizing the sense of two experiences, the coach and the player, now well defined and outlined.

FIFA 23, let’s discover the news of the Career mode