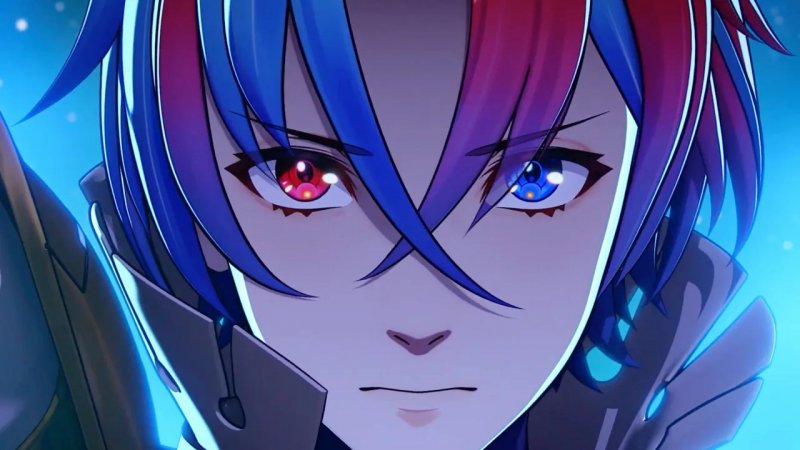 It seems like yesterday that we were desperate because Nintendo wasn’t bringing the Fire Emblems to the west and now the series Intelligent Systems it seems to have become practically an annual event, in one form or another. A few months have passed since the release of Fire Emblem Warriors: Three Hopesthe latest action-oriented interpretation of the strategy series, which is now almost thirty-three years old, and at least three years old Fire Emblem: Three Houses, who with his interludes in the third person married the dynamics of the more traditional JRPGs. Now it’s up to Fire Emblem Engage to take the brand to new horizons.

To do this, the Japanese developer seems to have chosen a more traditional setting, lots of fanservice and a really weird gameplay mechanic about which we can’t wait to learn more. For now, if you want to settle for our guesswork in this Fire Emblem Engage specialyou just have to keep reading.

What little we have been able to understand of the plot of Fire Emblem Engage would seem to focus on the character of Alear who, as usual, can be chosen as male or female: the trailer shown during Nintendo Direct, in reality, shows us only with his male aspect, but we can glimpse the look alternative on the official game illustration. Alear is a Divine Dragon, descendant of a long-revered lineage, and apparently he will awaken from a millennial sleep, with no memory of the past, to protect the world of Elyos, a continent made up of four kingdoms surrounding a sacred land. The inhabitants of Elyos had already repelled the Evil Dragon a thousand years earlier, using Insignia: heroes summoned from other worlds to fight the enemy.

In practice, Intelligent Systems has found a somewhat trivial expedient to bring together, in the same game, all the most famous protagonists of the previous Fire Emblems. Beyond Marthwhich would seem to be the most important, we see Sigurd and Celica throughout the trailer, but by looking closely at the painting at the beginning of the trailer, fans will recognize the likes of Ike, Lyn, Roy, Leif, Byleth, Corrin and others.

It seems that the story will be linear, and that it will abandon the multiple narratives of titles such as the aforementioned Fire Emblem: Three Houses or the triple Fire Emblem: Fates for Nintendo 3DS, but it is not certain that choices cannot be made – perhaps deciding whether or not to save certain supporting actors in certain circumstances – that lead to different endings.

What is certain is that Intelligent Systems has not completely retraced its steps and, in fact, Fire Emblem Engage will also propose a sort of headquarters in which we will be able to move freely between one mission and another. This feature was already hinted at in Nintendo 3DS titles, explored best in Fire Emblem: Three Houses, and consolidated into its spin-off Fire Emblem Warriors: Three Hopes. Now it seems destined to become a solid point, even if the trailer does not justify it at the narrative level. In the headquarters we will be able to dedicate ourselves to activities and minigames that will help us to improve the characters and their ties with the protagonist and with the rest of his army, but also to pastimes that will allow us, among other things, to change costumes and clothing to the various characters.

According to the leaks that had leaked online in recent days and that the trailer would seem to have confirmed at least in part, the weapons will no longer have durability, and it will be possible to forge new ones at the blacksmithhowever briefly shown in the trailer itself.

We do not know, however, if it will be possible to completely change the class of the various characters, as happened in the last Fire Emblem, or if each of them will be tied to a specific role, and therefore to a limited selection of weapons. The latter will be central as always: what we have seen in the trailer confirms without a shadow of a doubt the presence of the traditional trinity that has always characterized the series, then expanded by ranged weapons and spells over the years. Indeed, the glimpses of the fighting shown would seem to highlight the weapons, through colored icons that appear above the different units on the map.

Although the character design is making the web discuss, especially on the most popular social networks, it is undeniable that Fire Emblem Engage appears, at least from the trailer, cleaner and more refined than the already excellent Fire Emblem: Three Hopes. The cutscenes, interfaces and menus flaunt a lot of style souls also by the standards of the series, and in general the animations in the fights they seemed more fluid and spectacular to us, especially during the critics.

In general, it appears that Intelligent Systems has made a decent step forward, especially thanks to the collaboration with Koei Tecmo – who had previously worked on the Fire Emblem Warriors – and Gust, the developer of the role-playing games of the Aterlier series, which in fact seems to have strongly influenced the character design. Now we need to understand how the game will behave even in portable mode, where the lower definition always risks dirtying the images too much.

The rings of power

The most interesting feature of Fire Emblem Engage is undoubtedly related to the rings called Emblems, which have both narrative and gameplay value. Apparently, these artifacts allow the heroes of previous Fire Emblems to be summoned from their home worlds, so that they fight alongside the character who wears their rings.

Judging by the screenshots shown in the trailer, each character will be able to wear only one Emblem, and this will grant him a series of stat bonuses, and additional skills, passive and otherwise, that depend on the hero tied to that ring. It is unclear if only Alear and a few lucky others will be able to wear the Insignias: in the trailer they are also used by a knight named Alfred and a sorceress named Célinebut considering the multitude of rings and heroes, it is absolutely plausible that sooner or later all fighters will be able to equip them.

The hero bound to an Insignia manifests as a spirit alongside the character wearing the ring. On paper, the mechanism should work like the couples already seen in various Fire Emblems of the past, but visually we must admit that the graphic solution recalls the Stands of JoJo’s Bizarre Adventure, and we admit it, we do not mind even a little. In the trailer we see Alear attacking in tandem with Marth, and all he was missing was shouting something like “Hora hora hora hora!”, But that’s not even the craziest thing Fire Emblem Engage has ventured.

At a certain point in the trailer, in fact, we discover that the characters can “merge” with their Emblems. This dynamic is also still to be discovered. We don’t know how many characters can do it, and if they can only do it with specific Insignias, also because the characters that result from mergers they are characterized by unique looks, and it’s hard to imagine that Intelligent Systems, Gust or whoever designed costumes and portraits for them for every possible combination of fighters and Emblems.

The mergers, it seems, will not only enhance the character’s attacks, making them much more effective and spectacular, but will also confer kinematic attack techniques and predictably with enormous destructive capabilities.

In this sense, Fire Emblem Engage would seem to embrace the much more eccentric and dazzling side of Japanese role-playing video games, rejuvenating even more an approach that for many years has been too dry after the transition to 3D: the special attacks that we have glimpsed. in the trailer we were reminded of the amazing animations of the final blows in the Fire Emblem released for the Game Boy Advance and Nintendo DS, and if the story can convincingly withstand this cartoonish drift, Fire Emblem Engage could be a candidate to become one of the best iterations of the Nintendo series.

Intelligent Systems is unlikely to make a hole in the water: even its weakest Fire Emblems remain strategic role-playing games of undoubted value and Engage could represent a further step forward at least from a technical point of view. The new Fire Emblem would seem to ride a tsunami of fanservice, between iconic characters of the past and visual solutions closer to Japanese cartoons, but it brings with it a breath of fresh air that we can’t wait to put to the test.