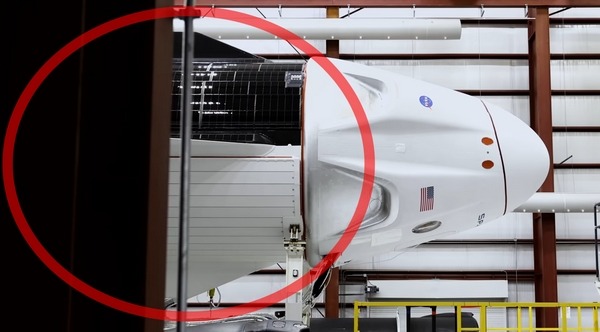 In the past few days it has written extensively of the return of the first stage of a Chinese Long March 5B Y3 space rocket that had launched the Wentian laboratory module into orbit. As we know, the vector disintegrated in the skies over Malaysia and the Philippines doing no injuries or damage (at least until now there are no reports). Curiously, a few days earlier, the news of the return of part of a was spread Falcon 9 space rocket of an old woman SpaceX mission.

Also in this case there are no reported injuries or particular damage to property. Unlike the Chinese space rocket, however, this time we are sure that the space debris have come down to the ground, in Australia, and did not fall into the ocean (considering that they were found by some inhabitants in the area). This is what emerged.

As told by the Australian astronomer Brad Tucker to ABC Newsi space debris they would come to the ground in a sheep pasture. The explosion that would have generated them would actually date back to 9 July when citizens between Albury and Canberra (more generally in the Snowy Mountains area of ​​New South Wales) would have heard an explosion coming from the sky.

In the image, highlighted, the unpressurized trunk

There is still no definitive confirmation but it is thought that both the explosion and the space debris are connected to the Crew-1 mission from SpaceX (the first with crew after Demo-2). This mission was launched at mid November 2020 and marked the official start of expeditions to the ISS using the Crew Dragon capsules. 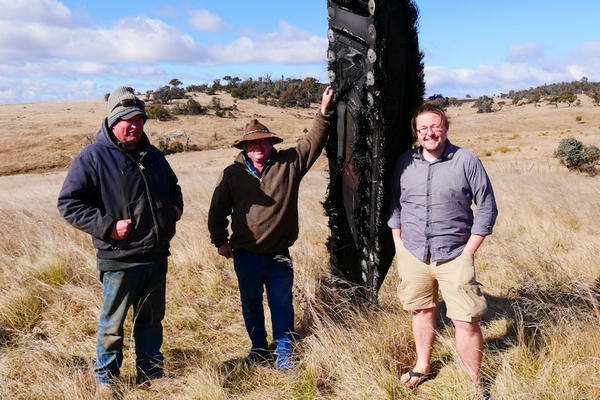 In particular, it would have been the trunk. This is a non-pressurized component that sits between the top of the Falcon 9 and the Crew Dragon capsule. Unlike the first stage and the capsule itself, this component cannot be reused and is released shortly before the capsule returns, in this case around May 2, 2021. Considering the orbit, this component is expected to re-enter (in a non controlled) within a few years. 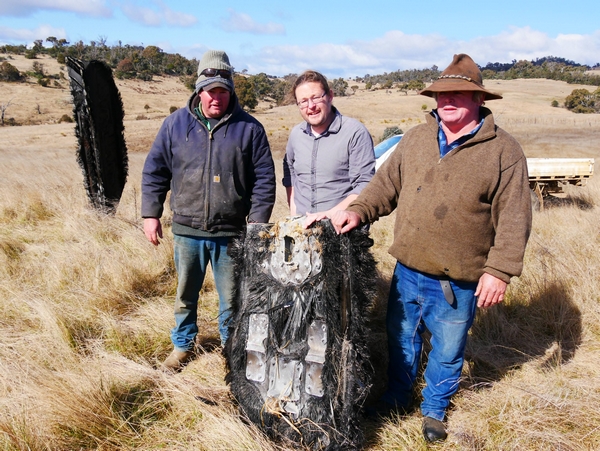 Tucker has collected the testimonies of some residents of the area, such as Mick Miners. The latter has a large plot of land in Numbla Vale (between Melbourne and Sidney) away from major cities. In a remote area, the farmer found an object made of composite material about 3 meters high and stuck in the ground. A neighbor of his, Jock Wallace, also found more fragments on his ground. Miners contacted the Australian flight safety agency who told him to write to NASA to report the event (which left the farmer rather puzzled).

This is not the first time for SpaceX. In April 2021 the second stage of a Falcon 9 he had re-entered the atmosphere. Some debris that had come to the ground when they fell in the Grant County area (Washington state). Again there were no injuries or damage. We remind you that the components that reach the ground remain the property of the company / agency that launched them, while the citizen can request compensation for the damage suffered. In general, highly toxic components may also be present (such as hydrazine) and therefore it is advisable to avoid contact. In a decade or so, the number of completely reusable space rockets (such as Starship) and this will greatly reduce these issues.

Fragments of a SpaceX rocket fell to the ground in Australia, no one injured