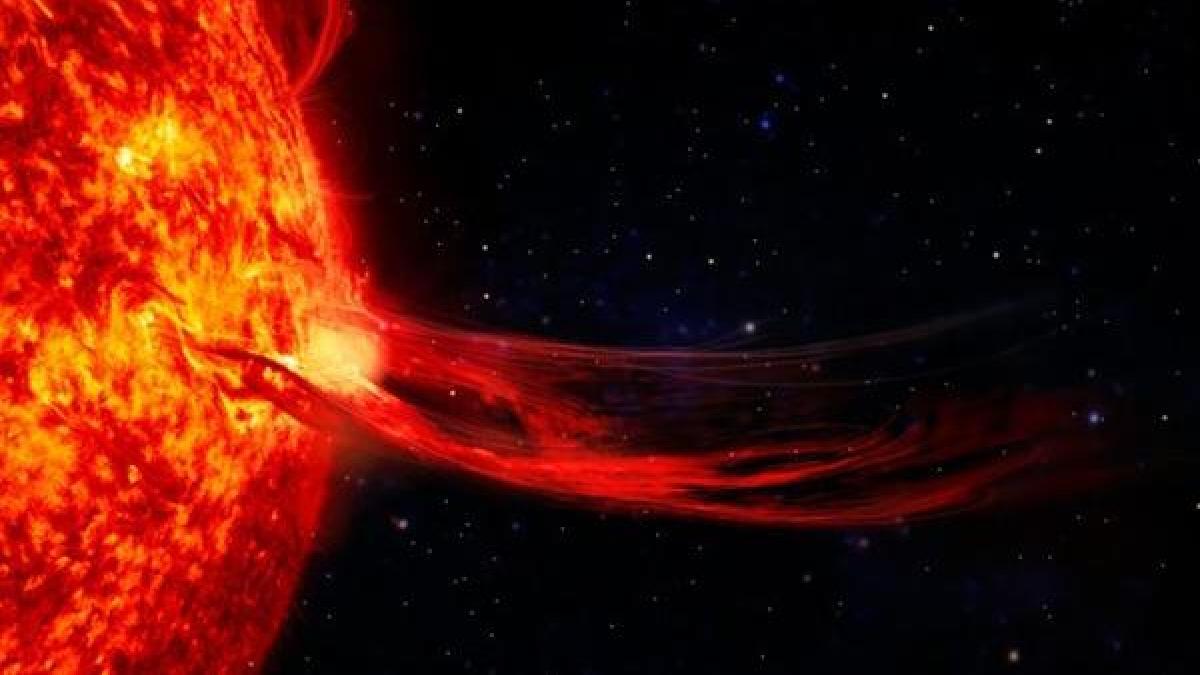 Thousands of solar storms occur during one cycle of the Sun. That of January 19 will be moderated. A peak in intensity is expected in 2025

For January 19th and February 9th conditions of the Sun are expected to be more active than the other days of these weeks, and able to cause geomagnetic storms on earth which they will reach on the two dates an R1 level of the rating scale of NOAA, the US administration of the atmosphere and oceans. The scale indicates the intensity of the storm caused by the activity of our star. R1 is the lowest level on a five rung ladder, with the highest being R5. At this level, extreme events occur capable of causing power outages for hours over vast areas of the Earth, up to the blocking of aircraft navigation systems. The geomagnetic storms that arrive on our planet are actually of energy flows composed of atomic particles (especially electrons and protons). These particles are generated by eruptions that occur on the surface of the Sun and that we see from Earth as gods stains.

These spots are areas of various sizes with a stronger magnetic field and a lower temperature than the surrounding area. Their number indicates the degree of solar activity following an average cycle of eleven years with a minimum and a maximum moment. At the end of each cycle the magnetic field of the celestial body reverses: the north pole becomes south and vice versa. The mechanism that drives the cycles is yet to be deciphered. We have now arrived at twenty-fifth. If the spots were discovered by Galileo, the measurements started from the eighteenth century and the cycles were specified in the following century. The current has begun in December 2019 and he will have his own peak time around 2025.

During the first months of 2020, forecasts suggested a moderate 25th cycle like the last four with a maximum of about 115 spots in the peak of activity. At the time there was talk of a tendency towards a decrease in intensity. But as time went by the situation of the celestial body changed and now solar astronomers speak of one intensification of the phenomenon with a maximum expected around 210/260 spots.

What happens during the geomagnetic storm

Moderate geomagnetic storms such as those of January 19 and February 9 occur on average about two thousand over the course of the cycle while the maximum level R5 is generally reached only once. For January 19, therefore, the effects should at most cause slight fluctuations in the distribution of electricitygenerate northern lights at higher latitudes while satellites should not be affected.

According to some research, mammals such as the gray whales they would be able to use the earth’s magnetic fields to orient themselves: solar storms would interfere with their ability, which could be explained by some cetacean strandings. Even birds like robins would be able to sense changes in the Earth’s magnetic field, allowing them to know where they are and where they are going: solar storms would interfere with this ability, disorienting them.
We know with certainty that other animals, such as sea turtles and salmon, migrate long distances underwater thanks to the perception of magnetic fields. This “super-sense” has also been detected in creatures such as ants, bees, termites, perhaps some amphibians. However, we do not know whether solar storms affect the orientation of these animals.

Geomagnetic storm on January 19: the origin of the phenomenon and what can happen