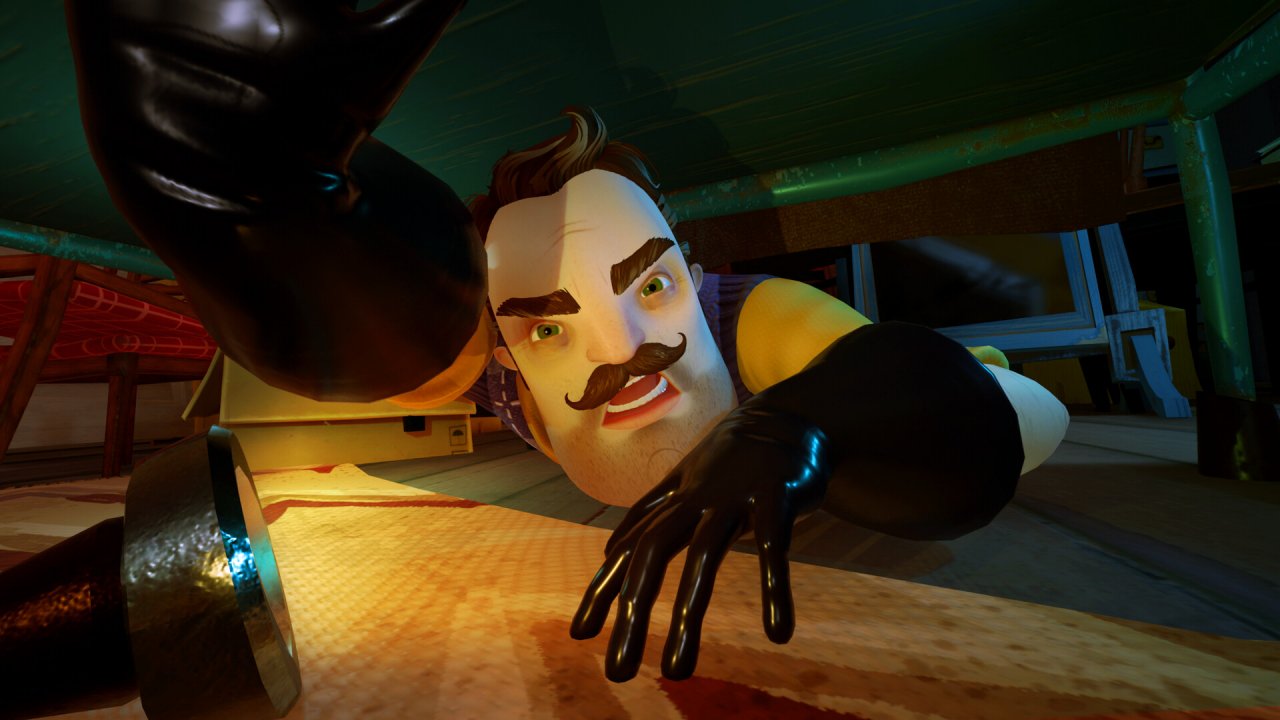 After the success of the first chapter, Dynamic Pixels and Eerie Guest Studios embark on the path of the sequel: here is the review of Hello Neighbor 2.

Initially Hello Neighbor was supposed to be a single title, but after the success with around 2 million copies sold, a Dynamic Pixels and Eerie Guest Studios the idea of ​​creating a sequel was born. The first chapter was very immature, but the idea behind it was interesting, so much so that it also became a fun content for streamers and content creators.

The announcement of Hello Neighbor 2 has therefore aroused a lot of curiosity about how both the story and the game mechanics could evolve. Although the plot has been enriched thanks to comics and novels off the screen, the mysterious neighbor has continued to hide his secrets.

In this way we had the opportunity to find out more about Mr. Peterson and we returned to sneak into apartments in search of the truth. In our Hello Neighbor 2 review we will tell you about our escapes and our discoveries, but above all about how Mr. Peterson has not been our only problem.

Being a sequel with a small time jump compared to the first chapter, Hello Neighbor 2 keeps the general structure of the game unchanged. As journalist Quentin we are back on the hunt for news of the mysterious disappearances of children in the town of Raven Brooks and guess with what purpose? That’s right, discovering the secrets of our “friend” Mr. Peterson.

We can say that the hatred towards us hasn’t subsided like our desire to stealthily enter his property: these two factors, strangely, still don’t make him friendly at all, ready to track us down and chase us off his property. But the thirst for truth is relentless and even at the cost of being kicked out repeatedly the mystery must be revealed.

The stealth dynamics remain intact as in the first video game and all the gameplay focuses on sneaking into the apartments in search of clues that can explain the mystery that hovers over this creepy town. After a short introductory film and a sudden encounter with the neighbor, Hello Neighbor 2 begins, introducing us to the mechanics with a small environmental puzzle, one of the many present and which characterize the gameplay.

Our adventure begins exactly as we left it and the first objective is Mr. Peterson’s house, this time manned by a policeman, theoretically intent on patrolling the sequestered area after reports received for suspicious activities. The first riddles they are quite basic and show some modest improvements over the illogicality found in the first chapter.

In Hello Neighbor 2 with a minimum of exploration and attention to detail we never ran into any difficult puzzles to solve, finally easy to understand, leaving the only difficulty trying not to be discovered. To make everything more usable, the objects with which you can interact are reduced to the bone and are exclusively those necessary to progress in the mission or to capture the attention of the enemy on duty, such as the alarm clocks scattered throughout the rooms. No more chairs to throw at the angry Mr. Peterson in an attempt to block him, this time we just had to rely on the right timing in hiding.

As in the first Hello Neighbor, Quentin can rely on his bag with tools such as scissors and crowbar to be able to interact with barred doors and cobwebs. atarsenal as an investigator in this second chapter the drone camera is added, an interesting idea but which does not find real use in the game dynamics.

Although ideal for monitoring the movements of the owner of the house we are sneaking into, very often it is decidedly more practical and immediate to rely on the “hit and run” tactic, hiding at regular intervals once we have learned the patrols carried out by the characters.

A town full of secrets

Hello Neighbor 2 not only implements small innovations, but it is also longer lived compared to its predecessor, although completing it will take you about 3 hours. The trick to extend the duration lies in exploring more houses and buildings apparently belonging to people involved in the mystery of the disappearance of children from Raven Brooks.

Although the exploration of the neighborhood is rather free, the apartments to explore are unlocked only by following one rigid progression imposed by the game. After solving all the puzzles inside Mr. Peterson’s house we will discover that to get to the solution of this plot we have to visit our neighbor, now camped in the decaying museum of the town.

After the first raid, the real progression of the game begins, preceded by a flashback that tries to reveal some secrets about this cryptic story. Upon awakening we always find ourselves inside Quentin’s headquarters and the many cameras pointed at Raven Brooks show us which character we will have to visit before trying again to break into the museum.

We have three objectives: the pastry chef, the old gentleman who lives in the suburbs and the mayor. In each house there is a fundamental object to be able to continue inside the museum. The riddles they will become slightly more articulated continuing in the game, up to those present in the luxurious villa of the mayor who will require multiple objects in order to unlock the mechanisms present inside.

Hello Neighbor 2 was announced with some major promises from the developers, namely aAI capable of studying our behaviors at stake and able to put us to the test. Unfortunately, these words have been disregarded and the problems of artificial intelligence that afflicted the first chapter also recur strongly in the sequel.

The AI ​​doesn’t seem to have received any particular improvements and makes the experience rather rather in some moments frustrating, especially in the final stages of the game. Inside the museum where the neighbor is holed up, for example, there are sections with the floor that are unavoidable in some situations and creak that will immediately attract Mr. Peterson’s attention even if he is very far away.

Not having a choice of path, also due to a restricted game environment, makes some portions of the game unnecessarily unfunny, simply forcing us to run away to try again. Even in the event that we are discovered there is no real penalty; Quentin gets kicked out and we’ll have to start exploring again with a checkpoints quite close and in most cases keeping the items collected just before.

But what can be seen from the start of the game is the important thing graphic improvement that Hello Neighbor 2 received. The cartoony art style manages to give the product a modern look and the work done on the lighting makes the game world lively. The Raven Brooks neighborhood, although not very extensive, is full of details but the houses that can be visited are only those useful for the progression of the adventure.

The interiors of the houses, on the other hand, are rather bland and with repeated assets, which do not stand out for their originality. In some structures it is also possible to see windows that are not perfectly aligned which created some problems for us to pass them. All this is accompanied by a little finishing even in the hitboxes, getting stuck between objects more often than we thought during our escape attempts.

The general feeling is the same experienced with the first Hello Neighbor: a good gameplay idea but with a technical realization that leaves something to be desired. The graphics and the quality of the interlude videos remain only a small successful aspect that collides with too many untreated details, making us think of a game packaged a little too hastily.

If some flaws or shortcomings could be forgiven in the first chapter, in Hello Neighbor 2 these gaps can only weigh on the overall judgment. The second episode had presented itself to the general public with important promises which unfortunately are not reflected in the final version. In addition, we were hoping for a happy ending to the Raven Brooks mystery but the developers, perhaps, will complete this plot in another game, leaving the resolution of this mystery hanging once again.

Hello Neighbor 2: the review of the return of the mysterious neighbor