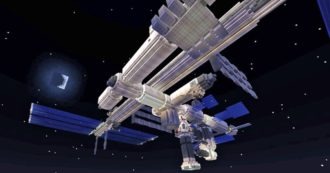 The Voyager probes they raised disturbing science questions as they drifted away from the Solar System. Now, the scientists of the Johns Hopkins University Applied Physics Laboratory (APL) have come up with a concept for Interstellar Probe (IP), a $ 3.1 billion mission to pick up the scientific gauntlet that the two Voyager probes launched a decade ago after leaving the heliosphere, the Sun’s zone of influence. Few expected Voyager probes to survive this long, yet their fascinating observations still incoming, they overturned many beliefs about the outer limits of the Solar System. The Voyager data is so baffling that some prominent researchers have said the probes may not have made it into interstellar space yet, perhaps because the limits of the heliosphere extend farther than previously thought.

“The only way to see what our aquarium looks like is to stand outside and look inside,” he said Ralph McNuttwho worked on a plasma detector for the Voyager mission, the epic NASA mission on the outer planets started in 1977. Now, McNutt needs to convince a jury of his peers to get the funding needed to kick off the mission. His team delivered a conceptual study of the Interstellar Probe for the Decennial Survey of Solar and Space Physics, a community exercise led by national academies of science, engineering and medicine that will prioritize the field for the next 10 years. The panel is expected to begin deliberating next month and deliver its verdict in 2024. A thumbs-up for IP would go a long way in securing the NASA support for a probe that, ideally, would take off in 2036. 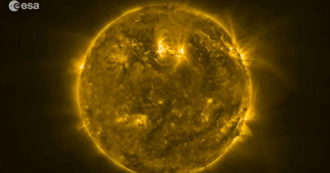 The Sun as we have never seen it before: the close-up images captured by the Solar Orbiter

In 2007, Voyager 2 gave a big surprise by diving under the plane of the ecliptic, the plane on which the planets of the Solar System orbit. He went through what is called ‘termination shock‘, where the solar wind begins to falter as it is hit by the interstellar gas and dust the Solar System is passing through on its journey within the galaxy. Voyager 1 had gone through ‘termination shock’ 3 years earlier, about 94 Astronomical Units (AUs) from Earth, where one AU is the average distance between the Earth and the Sun, that is about 150 million kilometers. However, his plasma detector had failed by 1980 during his visit to Saturn, so it could not measure the slowing of the solar wind. The models predicted that the wind would decelerate from 1.2 million kilometers per hour to around 300,000 kilometers per hour, but Voyager 2 recorded a wind speed of 540,000 kilometers per hour. Symbol of how little has been explored and understood about space just outside the Solar System. Chinese scientists are planning a similar mission, called Interstellar Express, which could be launched around the same time. “Buckle up,” enthused Jim Bell, a planetary scientist at Arizona State University, Tempe, and former president of the Planetary Society. “It’s a space race to the edge of the Solar System!”.

Lung cancer, pollution can cause it in non-smokers. Scientists: “Climate health linked to human health”

Interstellar missions, after Voyager the challenge to the knowledge of the unexplored space of the USA and China – Il Fatto Quotidiano