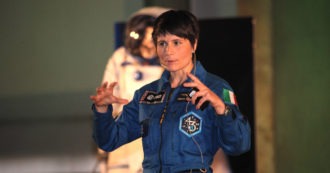 About 400 kilometers from Earth, even a devastating war like that between Russia and Ukraine may seem distant. Up there in the International Space Station, the astronauts work in harmony. For a few days with a Russian commander, Oleg Artemyev of Roscosmos, who took the place of the American Thomas Mashburn. The Russian cosmonaut had displayed the Victory banner in space, symbolizing the victory of the Soviet Union over Nazi Germany. “Up here there are no divisions: for the whole crew it is important to preserve the bridges built so far and the collaborations” explains Samantha Cristoforetti in a link organized by NASA for the American media. The Italian astronaut of the European Space Agency participated in the conference call orbiting the planet with the colleague of the Nasa Jessica Watkins. “We realize what is happening on Earth, but – Watkins said – here we are friends and we continue to work together”.

For Cristoforetti – who should have been the first European commander before the conflict broke out following the invasion of Moscow on 24 February – it is essential to preserve “the legacy of the Space Stationbased on the fact that we astronauts are able to work together, with the international community behind us. At this moment it is more important than ever to preserve the Space Station and our activity on board ”. There from this peaceful outpost of humanity, where the goal is to do scientific research, the engineer and pilot answering journalists’ questions on the announcement of a withdrawal by Moscow from the management of the ISS he reiterated: “We have no divisions with Russia here on board. United States, Europe, Canada, Japan and Russia they all have the same importance and we are aware of how important the Space Station is for all its partners ”.

Mission Minerva, Samantha Cristoforetti will return to the ISS: “The Russians? We are focused on what unites us instead of dividing us “

The collaboration on the ISS has seen Russia alongside the space agencies of the United States, Europe, Canada and Japan for years. The astronauts continued to collaborate but in recent days the Station has become the object of the battle over sanctions. With Roscomos’ number one, Dimitry Rogozin, which announced the withdrawal from the Moscow commitment due to the sanctions. “I believe that the restoration of normal relations between the partners of the International Space Station and other joint projects is possible only with the complete and unconditional lifting of the sanctions ”he wrote on his Twitter profile.

Rogozin had also declared in March that Russia could no longer ensure the arrival of the Progress cargo shuttles, which they deliver periodically to the orbital station materials and supplies in addition to having the fundamental task of periodically starting their engines to keep the Space Station on its correct orbit. This is a routine maneuver, necessary to counteract the phenomenon of orbital decay, that is the tendency of the orbit of the Space Station to move downwards. A routine maneuver which is performed every two or three months and which was performed on 11 March. Currently the Russian vehicle is the only one to carry out this maneuver and this is the reason why, on March 1st, the person in charge of NASA’s Human Flight, Kathy Luedershad said that NASA was considering the possibility of using its own for this purpose Cygnus cargo shuttles: it would be, he added, a first step towards an eventual independence from Russia, should this country decide to abandon the activities aboard the Space Station. 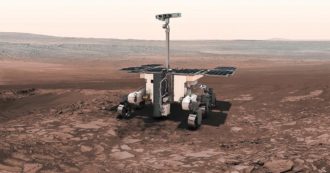 Today, in the meantime, the recovery of the SpaceX ship Shannon took place which brought back the astronauts who left the field to the Minerva mission – The first to come out was the commander of the Crew-3 mission, Raja Chari, of NASA; so it was Thomas Marshburn’s turn. Like her colleagues, the mission specialist also appeared in good condition Kayla Barron, also from NASA. The last to leave the shuttle was Matthia Maurer of the European Space Agency (ESA), which concluded its first mission in orbit, called Cosmic Kiss and which in the last week aboard the Space Station met his ESA colleague Samantha Cristoforetti: it was since 2011 that two astronauts Esa weren’t together on the ISS. From there Maurer, in connection with Cristoforetti, recalled that the International Space Station “has always been a wonderful place for peaceful international cooperation where nations come together to do something good for all humanity: I would like this symbol to be reflected on Earth as well and that leaders and decision makers let our beautiful Europe and our beautiful Planet return to being a peaceful place where people cooperate for the good of humanity ”.