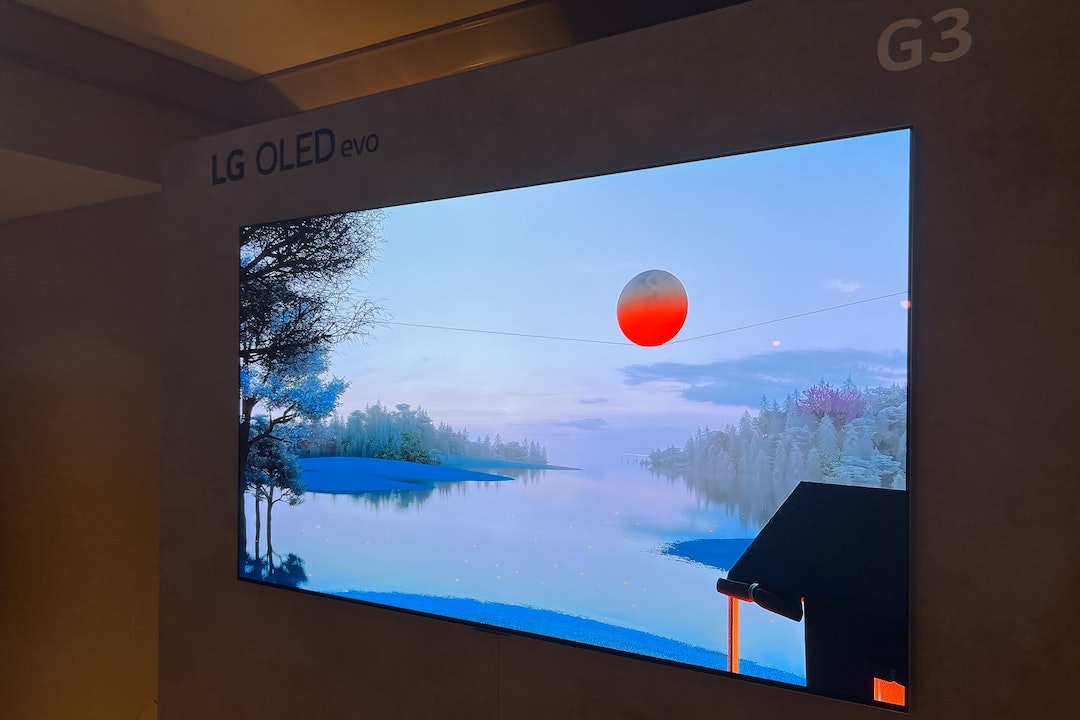 After the announcement on the eve of the opening of the 2023 edition of CES in Las Vegas, we finally had the opportunity to take a closer look at LG’s new OLED TV models and find out what the main innovations are. The segmentation is the usual one to which LG has accustomed us in recent years, with the new A3 series leading the way, and then the B3, C3 evo and G3 evo series to rise, to which is added the new wireless OLED M3 series, ending with the 8K models of the Z3 series.

The most interesting series among those presented at CES is naturally the new G3 evo, because of that Brightness Booster Max technology that promises 70% more brightness than a “conventional OLED” like the B3. In the original press release LG speaks generically of a result obtained through the combination of the new Alpha 9 Gen6 video processor, new algorithms and new “light control” hardware. LG Electronics, as already happened last year, is reluctant to speak in explicit terms of the panels used in its TVs and does not directly confirm what is, however, a bit of an open secret.

Behind the Brightness Booster Max technology there is also the new LG Display MLA (Meta-lit Lens Array) panel, which thanks to the greater luminous efficiency manages to be brighter. Initially, the technology will only be available in 55, 65 and 77-inch sizes, and it is for this reason that for the 83-inch size LG speaks of an increase in brightness of only 30% compared to the B3 series which happens to be the same gap that exists today between the G2 and B2 series.

In addition to this, the G3 series also implements a heat sink behind the screen, which allows you to make the most of the new panel’s potential, as well as guaranteeing good product operation with flush-to-wall installation. In terms of design there are no big news for the G3 and C3 series and the latter will not use the new panels, but will still be able to count on the benefits introduced by the new video processor. The new MLA panel will instead be used on the new models of the 8K Z3 series (it is no coincidence that the first MLA panel prototype presented by LG was 8K).

webOS gets simpler and more customizable

In terms of functionality, the OLED evo range can first of all count on the new Alpha 9 Gen6 AI processor, which this year will introduce an even more sophisticated dynamic tone mapping algorithm for HDR10 content. LG stated that the new algorithm is capable of dividing each frame into as many as 20,000 zones which are independently processed by applying a dedicated tone mapping curve to each of them. LG says its goal is not to create a realistic image, but to be able to engage the viewer. In the past, LG’s dynamic tone mapping has not seemed particularly respectful of the original creative intent, but we are ready to change our mind when we have the opportunity to thoroughly test the new products.

Another novelty that will probably make purists turn up their noses is functionality Personalized Picture Mode, which allows you to create new picture modes using artificial intelligence. The system works as follows: the user is shown a screen containing different versions of the same frame and is invited to choose which one best suits their tastes. By repeating the operation for several frames, the system creates a personalized image profile using a machine learning-based algorithm that should respond to the user’s tastes. It is possible to create multiple profiles of this type even for different viewing conditions and the idea is to overcome the classic “vivid” or “dynamic” mode which, if you get over it, home cinema enthusiasts like a large share of consumers.

Finally, the context menu that appears when the remote control settings button is pressed for the first time has been revised, replaced by a fully customizable control panel that allows you to quickly select the most commonly used functions, from the sleep timer to the screen format . A long press of the same key will instead open the complete settings menu.

In order to improve webOS home screen navigation, LG introduces this year the organization of various types of applications into folders or “hubs”. The most used application bar is always available, but now there are large icons that collect the apps installed by thematic area, such as home office, gaming, music, sport or home automation.

With LG “orchestra”, TV and soundbar play together

On the audio side, the new “Orchestra” function will also arrive in 2023 which will allow you to make the most of the combination of the audio system integrated in the OLED TVs with the new soundbars such as the SC9 also presented at CES.

At its core, the idea isn’t too different from Samsung’s Q Symphony: simultaneously use the speakers of the soundbar with those built into the TV to create an even more immersive sound. According to LG, its “orchestra” system has an edge because by exploiting the Alpha 9 Gen6 processor and an artificial intelligence algorithm, it is able to determine in real time which sound is best suited to which type of speaker, integrated into the TV or soundbar. LG has also created a new bracket that allows the new SC9 soundbar to be coupled to the new C3 series, both in shelf and wall installation, with the possibility of jointly orienting the screen and soundbar.

And finally, here we are with the surprise of CES 2023, the new OLED M series with Zero Connect technology. After the announcement at the opening press conference, we got to find out a few more details about this new model. Firstly, there will not only be a 97-inch model, but it will also be available with a 77 and 83-inch diagonal. As far as the wireless connection is concerned, this “only” affects the audio and video signals: the TV is however equipped with a power cord and is therefore not completely wireless.

The zero connect box, as the external unit is called, however allows you to take advantage of the particular blackboard design of the new OLED M, positioning the electronics and the various sources that you want to connect to the TV where you prefer in the room, within a radius of about 10 meters, the range of the audio and video signal transmission system. The system supports HDR video in 4K up to 120 frames per second and LG tells us the transmission is “perceptually lossless.”

LG does not currently declare the type of encoding or compression used for signal transmission, nor the frequencies used. Considering the range of 10 meters and the fact that the external unit and TV must be visible, it is probably a system derived from or based on the 60 GHz WiGig or WirelessHD technologies, which would offer sufficient bandwidth for the transmission of a 4K signal at 120Hz.

Certainly the zero connect box uses beamforming technology to “focus” the radio signal towards the TV, so much so that on the upper side of the device we find a sort of marker which must be oriented towards the TV screen in order to optimize signal transmission . It should be noted that the external box is not only used to connect audio and video sources to the TV, but actually hosts all the TV connections, from the antenna terminal to the Ethernet network port and, from what we have learned so far, all the functions smart are managed by this device. At the moment we do not yet know the prices of the new models, and as regards the positioning of the new OLED M3, LG has communicated to us that it will fit between the G3 and Z3 series, with the exception of the 97-inch model which for the cost will be fully covered title among the “signature” products of the Korean brand.