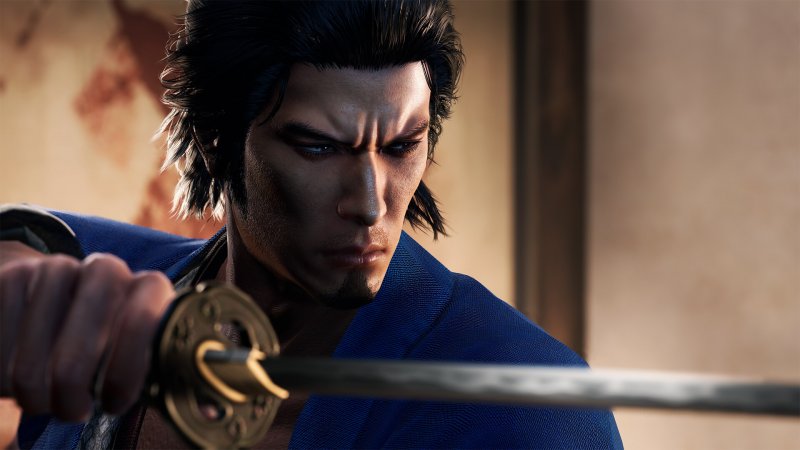 At the Tokyo Game Show 2022 we tried Like a Dragon: Ishin !, remake of the spin-off long desired by Yakuza fans.

For many fans of the Yakuza series (which we have to get used to calling Like a Dragon from now on), the announcement these days still seems impossible. Ryu Ga Gotoku Ishin !, a spin-off episode set in ancient Japan and long desired by fans in the West, is finally about to leave the Japanese borders. It will even do so with a remake that modernizes the original with new graphics, new content and a game experience in step with the times. If the operation reminds you of that of the two Yakuza Kiwami, you have hit the mark, so much so that in Japan the game will be titled Ishin Kiwami (where, let us remember, kiwami can be translated from Japanese as “the best version”).

If in February we can get our hands on Like a Dragon: Ishin !, the merit is also and above all of successful games like Ghost of Tsushima and Sekiro: Shadows Die Twice: “For years we were convinced that a game set in ancient Japan is not he had hopes of selling in Western markets, “he told us during ours proof of Like a Dragon: Ishin! at the Tokyo Game Show 2022 the new head of Ryu Ga Gotoku Studio, Masayoshi Yokoyama. “But then games like Ghost of Tsushima and Sekiro came out which were very well received, and this made us change our mind, convincing us that Ishin could sell well”.

For a huge chunk of old and new fans of the series, Like a Dragon: Ishin! it will be in effect a new game, an adventure in some ways familiar but in others quite anomalous, and which will also arrive localized with Italian subtitles.

Set in the mid-1800s, towards the end of the Tokugawa shogunate, that of Like a Dragon: Ishin! it’s a fictional story which is based on real historical events. Yet, everything about Ishin is somewhat reminiscent of the canonical chapters of the series: instead of the yakuza families there are police divisions. Shinsengumi, with the same intrigues, similar power plays, rules and hierarchies. What most catches the eye, however, is the appearance of the protagonists and supporting actors, who trace the features of the most famous characters of the Yakuza series.

The protagonist of the game, Ryoma Sakamotohas the appearance of Kazuma Kiryu, while Soji Okita has the face of Majima Goro and – another reference to the main series – is the captain of another Shinsengumi division, an unpredictable and aggressive hothead.

In the demo we played at TGS 2022, we meet other new faces, but this declared attempt at fanservice is taken to extremes in Ishin !, as the remake will include other characters from the chapters of Yakuza more recent, such as Ichiban Kasuga and Tianyou Zhao from Yakuza: Like a Dragon. “The intention is to create a real All-Star,” explains Yokoyama. “A game in which the most passionate fans can find and recognize characters who have appeared in all episodes of the series”. The general impression, it must be said, is that of finding oneself in front of a great theatrical comedy in which characters already known in a modern context are in costume to act.

Unlike the most recent games developed by RGG Studio with a proprietary graphics engine (the Dragon Engine), Like a Dragon: Ishin! was built using Unreal Engine 4, an anomalous choice considering that the development team will continue to use its in-house technology for games like the newly announced Like a Dragon 8 and Like a Dragon Gaiden. “Dragon Engine works best in nighttime, neon-lit environments,” Yokoyama explains. “Unreal, on the other hand, is very suitable for more natural settings, as well as obviously allowing us to quickly work on multiple versions on different platforms. This is why we decided to use it.”

The map and minigames

There playable demo at Tokyo Game Show it was divided into two parts, one more exploratory and the other more focused on combat. In the first case, everything looks very familiar: the village of Kyo (a fictional version of ancient Kyoto) recalls an ancient variant of the more modern Kamurocho: there are inns where you can buy food (obviously vintage) to recharge your health, shopkeepers from which buy weapons and tools of various kinds and, of course, the inevitable places of entertainment where you can spend time with gods minigames: there is a place to play mahjong, fishing, a speed contest between hens and even karaoke, which in ancient Kyo is a more coherent “singing room”. We stop for a bowl of soba, buy some natto for the trip, and we’re ready to hit the road.

When you enter a combat, Ishin! proves to be a strange alternative to the action system of the series chapters prior to the RPG twist of Yakuza: Like a Dragon. Similar to Yakuza 0, you will have them available four fighting styles different, and it will be possible to switch between them at any time. The most traditional is the melee style, with which to give powerful punches, grab enemies or perform some contextual attacks based on the objects in the surroundings.

More original are the other three styles: one is focused on the use of katana, is very aggressive but focuses on only one opponent at a time; then there is the one that allows Ryoma to use one pistol to strike from afar or execute bursts of shots all around, while the last style is a combination of sword and gun that does not allow you to defend yourself but at the same time allows you to dance easily between enemies alternating the two weapons.

To add more meat to the fire there are the special skillsEach style has up to four techniques that can be activated after a certain number of hits, ranging from simple healing aids to spectacular and crazy attacks, such as a blast thrown from Hadouken-style hands, spinning energy blades or the ability to slow down time to rage on helpless enemies. An experience with a certainly more raw feeling than what is seen in the more modern Yakuza, but undoubtedly original also for those who believe they know perfectly the typical combat system of the series.

Despite the strong action attitude in the fights, Yokoyama does not believe that Like a Dragon Ishin! can compete directly with games like Ghost of Tsushima and Sekiro. The story (including the long and frequent chat interlude scenes) remains a central point of Ryu Ga Gotoku Studio’s work which, when it arrives in February in the West, will be able to offer an original and fun experience both for those approaching for the first time to the series, both to those who devoured Yakuza from the first chapter to the last episode.

Like a Dragon: Ishin, the long-awaited remake tried at TGS!