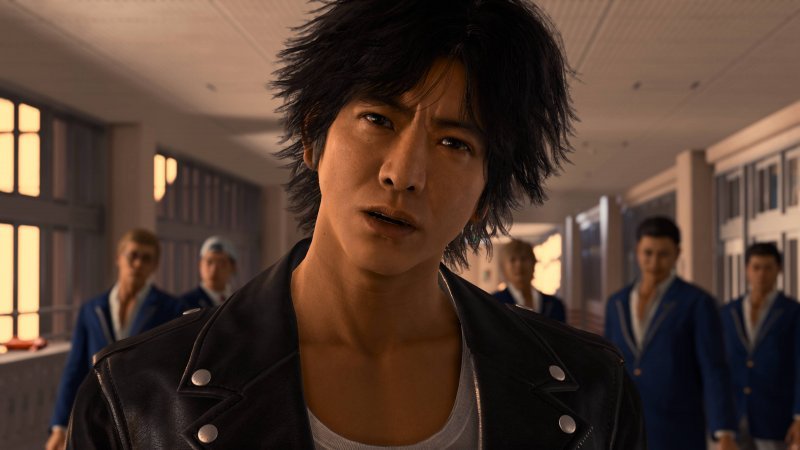 At the same time as the original Judgment, its excellent sequel set between Tokyo and Yokohama has also landed on Steam: the review of Lost Judgment.

If it is true that the Yakuza series (sorry, Like a Dragon) has undergone a revolution in terms of gameplay, abandoning the action approach to fighting in favor of RPG-style battles, it is now clear that it will be the spin-off Judgment to carry on the tradition of the brand among spectacular combos, fighting positions to alternate and devastating finishers.

A choice confirmed with conviction in the following called Lost Judgment, which landed on PC Steam at the same time as the first episode and can be purchased on the Valve store both individually and with a view to an affordable Collection, which includes in the price not only the two games, but also the expansion The Kaito Files – Kaito’s Dossier, which alone would cost € 29.99.

So how does Takayuki Yagami’s new adventure compare to the beginnings? And how does it run on the Windows platform compared to the latest generation consoles? Let’s unravel the mystery in the Lost Judgment for PC review.

Successfully filed the investigation into the serial killer who took out his victims’ eyes (we talked about it a few days ago in the Judgment review), Takayuki Yagami and his partner Masaharu Kaito are having trouble finding new customers, all while the streets of Kamurocho are filling up with gangs of criminals after the disbandment of Clan Tojo.

Fortunately, the two are summoned to Yokohama by their friends Fumiya Sugiura and Makoto Tsukumo, who have also opened a detective agency, but would need help with a difficult case of bullying which took place within the walls of the Seiryo private high school. Hired by the headmaster, Yagami and his companions will have to find out what’s going on and who’s responsible before another drama unfolds.

Yes, because the institution in question has become infamous over the years for a case of suicide among students and it seems that recent developments on the discovery of the body of a school assistant have something to do with this story. It is revealed when a former policeman, on trial for sexual harassment, intervenes in the courtroom after the sentencing sentence to challenge the justice department and tell them about the man found dead, saying that he got what he deserved.

How can the offender know all these details if he was harassing a woman on a train at the time and both travelers and station cameras can confirm this? The question is complex and is gradually enriched with new ideas, introducing characters unpublished while Yagami follows all the leads of the case and ends up clashing with a group of particularly ruthless thugs.

If the Lost Judgment system incorporates the action mechanics interspersed with narrative sequences that we had enjoyed in the first chapter, and that characterized the Yakuza series until the release of Like a Dragon, on the front of the structure this sequel is enriched thanks to the use of the scenario of Isezaki Ijincho in Yokohama, the same that is the background to the adventure of Ichiban Kasuga and which is confirmed as large, multifaceted and visually fascinating, especially at night.

To move more quickly through the streets of the city we will be able to take advantage of the good old taxis, present in greater numbers than just the ends of the Kamurocho map, or run and automatically activate the use of the skateboard, which is given to Yagami by his friend Sugiura precisely to cover the distances between one objective and another more quickly. Of course on the street there will be thugs and criminals who will challenge us at the first wrong look, and that we will have to face.

The game’s campaign consists of a total of thirteen chapters, for one duration which goes from twenty to fifty hours, depending on whether you go straight ahead or try the novelty of the School Tales: Special missions that take place within ten subplots, in which Yagami will have to interact in various ways with the students of Seiryo High and their clubs, leading them to success as a special school assistant.

The management of the side quests: instead of accidentally bumping into characters who need your help, you will have to use a special device that scans social media for specific keywords and investigate the areas of the city where these terms are used most often, reaching the place and thus starting any assignment.

Added to this are the inevitable collateral activities in the SEGA Clubs with Space Harrier, Super Hang-On and Sonic The Fighters, the flaming SEGA Master System II in the protagonist’s office, the return of VR Paradise and the new Gauntlet mode to try your hand at increasingly difficult challenges.

The version of Lost Judgment we played is the one from the Collection and therefore natively includes the expansion Kaito’s Dossiers, in which we will find ourselves taking on the role of Takayuki Yagami’s partner for the first time in a compelling story that combines his stormy past as Yakuza with his present as a private investigator. An enjoyable package from a narrative point of view, even if basically already seen in terms of mechanics: we talked about it in the review of The Kaito Files.

As mentioned, side gameplay Lost Judgment reaffirms what is the classic tradition of the SEGA series from which it was born, with exploratory phases that often and willingly lead to more or less random fights, to be completed in this case using not two but three different fighting styles: crane, tiger and snake, the latter designed to take advantage of the opponents’ offensive by throwing and joint grappling.

The formula still works, although by now it inevitably feels the weight of the years and despite a degree of challenge which for much of the campaign is inconsistent, further debased by the usual inventory that we can fill with pills and lunches in order to instantly recover lost health in the event that the enemy on duty turns out to be more tough and dangerous than expected.

The investigative mechanics have been partially rethought, with a greater emphasis on chases and observations, as well as the introduction of new gadgets for the drone, platform phases regulated by a grip indicator and stealth phases in which Yagami has to sneak up and use some gimmicks to distract any guards and go unnoticed. Exactly like in the first episode, in short, we are talking about a side dish that is accessory and little more.

Different is the discourse of the Scholastic Tales, which between rhythm sequences and fights between robots, motorcycle and skateboard competitions, Girl’s Bar and photographic challenges offers interesting variations on the theme compared to the base system of Lost Judgment, which as already mentioned can also count on the collateral activities available in the maps of Kamurocho and Isezaki Ijincho.

Lost Judgment is a graphically more sophisticated, rich and multifaceted title than the first episode of the series, but on PC the two games behave in an extremely similar way, without the sequel being heavier and offering practically the same graphics optionsalbeit with the exception of the highest quality preset for geometries.

We therefore have the items relating to resolution, vertical sync and frame rate (which can be set at 30 fps, 60 fps, 90 fps, 120 fps or without limits) which then leave room for advanced adjustments that include texture filter, shadow and geometry quality, reflections in real-time, volumetric fog, SSAO and anti-aliasing, as well as a scaler and support for AMD FSR 1.0 and 2.0.

There is even better: bringing the scaler to 80% of the resolution, therefore about 1800p, the 60 frames are stable and the definition remains excellent, but for simplicity it is also possible to activate the AMD FSR 2.0 on “quality” and obtain a greater consistency, although sacrificing a minimum of sharpness.

The PC version therefore offers the better synthesis to enjoy the graphics of Lost Judgment, which features slightly improved polygonal models but above all two different environments, the never so rich and multifaceted one of Kamurocho and the relative novelty of Isezaki Ijincho, both really evocative at night but pleasant to visit even in the morning or in the afternoon.

The sound sector is excellent, with engaging music to effectively accompany each sequence and dialogues interpreted very well, both in Japanese and English, as well as the presence of subtitles in Italian confirming a rather accurate location.


Lost Judgment is also confirmed on PC as an excellent sequel, characterized by a truly fascinating story, full of very well-drawn characters, and equipped with two environments that offer terribly evocative glimpses, as well as a huge amount of side activities and side quests that they are added to the main events of the campaign to enrich the experience also from the point of view of variety. The Windows version appears well optimized and with enough adjustments to scale the graphics on less pushed configurations: a great job for an adventure that we highly recommend you not to miss.