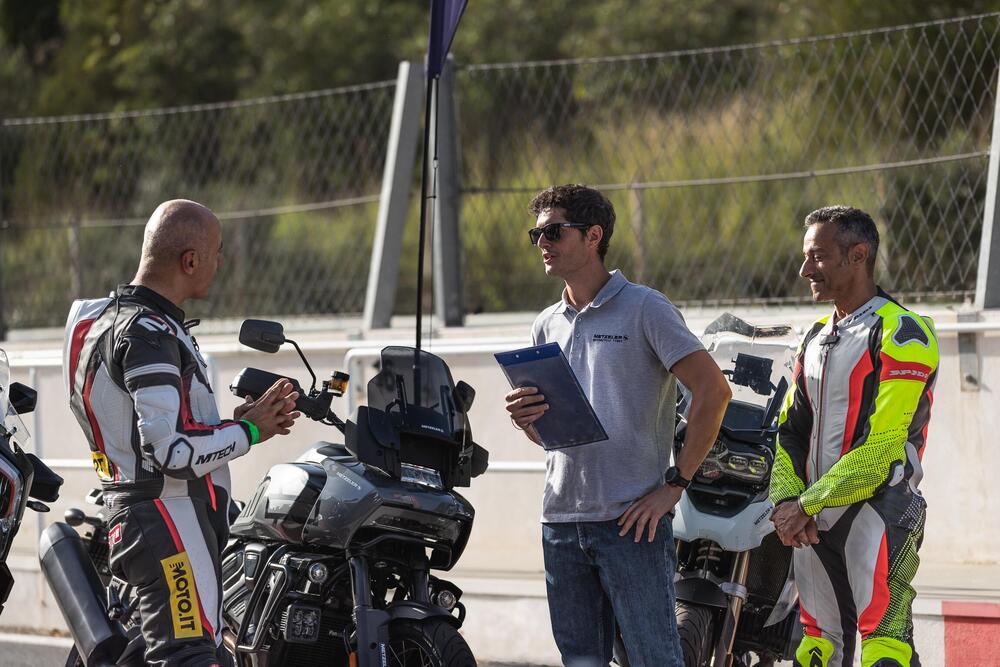 We relapsed! Another crazy test with the maxi enduros on the track. Why did we do it then? To have fun, to play, to answer the bikers’ bar question about which enduro is the fastest…

cwe relapsed! Here’s another crazy test with the Maxi enduros on the track. And not the “usual” motocross track. No, just the asphalt runway.
Curbs, high speed and braking on the verge of 240 km/h! We are at the Pergusa racetrackin the splendid Sicily.
Same tires for everyone, the brand new Tourance Next 2 by Metzelerincomparable technical partner of Moto.it (to whom we dedicate the deepening at the end of the video with Salvo Pennisi).
But let’s say it right away: is an absolutely useless test and we believe that none of you – but not even among us in the editorial staff – will buy a motorcycle based on the outcome of this test from out of test.
Why did we do it then? To have fun, to playto answer the question from biker bar on which enduro is the fastest. And also to allow the whip in the only safe place the many horses of the four protagonists of this test.

Plet’s start with the BMW R1250GS: it could not be missing, it is the best-selling motorcycle in this segment. Of course, time passes for her too and today in Pergusa she is the least powerful challenger (136 horsepower).
Then there’s the Ducati Multistrada V4Swith a very powerful engine (the most powerful of this challenge with ben 170 horsepower) and the Ducati DNA that speaks of speed. Especially in the year that saw her win in Superbike and MotoGP.
We then move on to the outsider, the Harley Davidson Pan America. Who would have ever thought to see a Harley-Davidson between the curbs and more maxi enduro. Incredible! But with 152 horsessporting its obviously v-twin engine, we couldn’t leave it out.
Fourth and last protagonist of this match is the KTM Super Adventure 1290 S. The Austrian bike is called to redemption after the test three years ago, which set fire to the forums by virtue of a lap time almost identical to the less powerful GS.
The KTM is now always very powerful (160 hp), but with a revised trim and low fuel tank; all characteristics that should finally see it competitive on the track thanks to a more precise front end than in the past.

You will immediately notice that among these maxi bikes with the 19 inch front missing one of the most interesting proposals of this year, the Triumph Tiger 1200GT. We chose to leave it out of the on-track comparison for a simple reason: its speed is electronically limited to about 200 km/h and on the track it would have been unjustly penalized in this comparison.
Remember that Pergusa is in fact a very fast track, where braking, the precision of the chassis, but also the horses and therefore the maximum speed count. Surely on the road the Triumph can compete on equal terms with the rivals of this test.
But now let’s go see who won on the track!

And to find out more about the Tourance Next 2our Antonio Privitera had the opportunity to exchange a few jokes with Eng. Federica Frezza by Metzeler: who said that the tread pattern is a marginal aspect in the definition of a tyre?

MAXI ENDURO on the track at 200 km/h! Who wins between BMW, DUCATI, HARLEY-DAVIDSON, KTM?

MAXI ENDURO on the track at 200 km/h! Who wins between BMW, DUCATI, HARLEY-DAVIDSON, KTM? – Tests – Moto.it