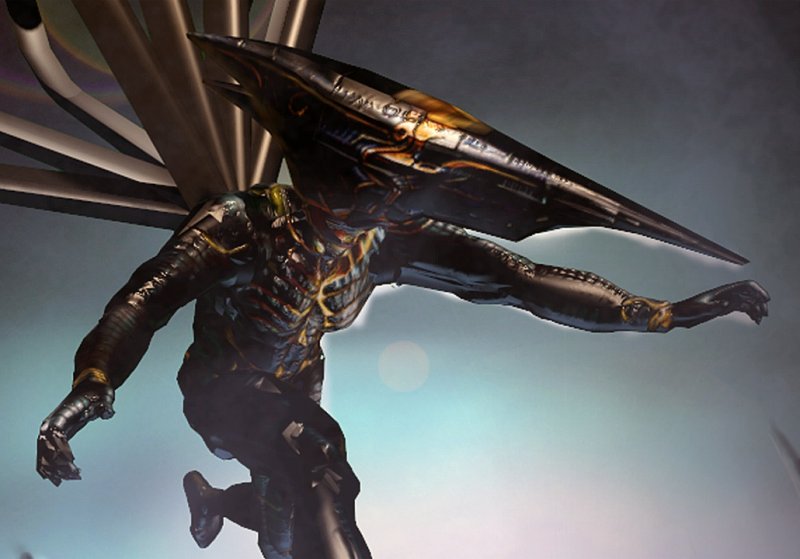 We celebrate 25 years of MDK: despite the vivid memory in the memory of the most experienced players, Shiny’s game has not yet had a sequel.

For the nostalgic corner of the week, let’s dust off a great 90s action classic, which just blows out its twenty-five candles these days. We are talking about MDK, one of the hottest titles of the golden age of the PC intended as a gaming platform. Towards the end of the millennium, in fact, the exclusives for Microsoft operating systems followed one another on the long wave of the success of the 3Dfx graphics accelerator and Shiny was one of the first software houses to exploit the potential of the Glide API. With a respectable introduction (On one fine day, only 2.5 million people will die), we wish Kurt Hectic and his cheerful brigade in ours happy birthday retrospective on MDK.

The main responsible behind MDK is not, as you might think, David Perry, legendary founder of Shiny (now virtually disappeared from the scene, his personal blog was last updated almost four years ago), but his old friend Nick Bruty. The two share a long experience that began in Probe’s time and continued later with Virgin (they signed the tie-ins of Aladdin he was born in Jungle Book). The biggest hit will be Earthworm Jimyear 1995, able to sell one million copies.

Bruty says that the MDK concept was like an impetuous “reaction” after working for many years on cartoon-style titles. After making a sketch of the protagonist Kurt Hectic, a hero with a kevlar suit with a helmet similar to the head of a xenomorph, imagined the plot. In 1996, Long Beach is seriously endangered by minecrawlers, alien ships / cities that drain our planet’s resources, leaving a trail of death and devastation. The mad scientist Fluke Hawkins, after being expelled from Earth for his bizarre theories, took refuge with a keeper (Kurt) and the six-legged dog Bone called Max, in a space station. Realizing the imminent threat, he uses the good Kurt’s physical prowess to sabotage these ships before they reach California. The story is only vaguely sketched during the game and is based on the premises contained in the manual.

Curious the genesis of the name of the protagonist: the developers were struck by a joke of Naked, a 1993 film by Mark Leigh, in which David Thewlis (Cannes Award for Best Actor), addressing a drug addict, asked him: “What’s in your head, hectic?” (What’s going on in your head, wild fool?). The name was chosen accordingly: there could be no better adjective to describe Kurt Cobain.

It was decided not to use the first person view, if not for the famous sniper rifle, although at the time it was the one that was the most popular thanks to the success of the various Doom and Quake. Bruty argued that only by seeing the protagonist could the player identify with him.

MDK deserves to be remembered for many reasons. It was one of the first titles “seamless“: the larger areas were connected to each other by tunnels, in which the protagonist had to try his hand at different stunts from time to time. During these phases the data for the next area were loaded into memory, in order to make the action seamless.

Remarkable the work of motion capture played on the protagonist (who is the only two-dimensional character of the game) and the variety of situations that arise in front of the player is also remarkable, especially considering the “gun and run” nature of MDK. There are no dead periods, each area has a memorable surprise in store, like the one where Kurt is inside a cartoon and has to tear down the scenography panels in order to proceed, but there are also some environmental puzzles that, in order to as simple as they are, they are brilliant in their own way. All seasoned with a healthy dose of irony that lightens the narrative tone. The older ones cannot have forgotten the smallest nuclear bomb in the world!

Gathered around him a small, but trusted group of developers, Bruty decided that it would be the first Shiny game developed directly for PC, being the SEGA Mega Drive, the platform on which they had gained more experience, on the avenue of the sunset. But the reasons for this choice were also other: first of all the desire to create a graphically avant-garde game, with three-dimensional settings of great effect, secondly not having to submit to the censorship policies towards which MDK would inevitably have met, as they were foreseen bloody scenes unsuitable for younger audiences. The graphics engine was developed with the main goal of maintaining a frame rate of 30fps on most of the machines of the time. To achieve this, an empirical approach was adopted: preliminary versions were tested on different types of computers. As soon as the execution speed dropped below the desired threshold, the code was corrected, or some elements of the environment were deleted or modified in order to lighten the workload. One trick was to “empty” the locations using large black areas which, however, were useful for the purposes of the artistic direction that had adopted the characteristic cyberpunk style.

The minimum requirements spoke of a 60MHz Pentium, 16MB of RAM, Super VGA video card, 4x CD-ROM drive and 12MB for the minimum installation. A control system checked for the presence of a CPU capable of executing floating point instructions, cutting out the old 486s. Initially the game was developed to operate in software rendering, but a later patch enabled the Glide libraries which allowed it to harness the power of Voodoo accelerators. However, the visual rendering was not very satisfactory: the limitations of those cards, in fact, prevented the use of “high” resolution textures (512×512) which were instead used when you leaned directly on the CPU; therefore, one had to be content with a halved resolution. A new patch for the Direct3D API, subsequently, circumvented this stumbling block. Later, the first PlayStation was ported, with decidedly subdued results.

A name that is all a program

One of the legends that revolve around MDK concerns its name. In fact, the developers did not immediately provide an interpretation of this acronym. Among the fans, a series of opinions alternated: for some it would mean Mission: Delivery Kindness, while others read the initials of the three main characters (Max, Dr Hawkins, Kurt Hectic). On the back of the Japanese package, on the other hand, you could see a reference to My Dear Knight, while in the README file (at the time a must for every PC video game), you could read verbatim that it had no particular meaning and that it could be attributed to it depending on player mood, such as the Ketchup Eaters Movement. By far the most adopted theory was that those three letters meant Murder Death Kill, a reference to the film Demolition Man. A first clue that this was the correct interpretation was even provided by … Baldur’s Gate II. As known BioWare, who also dealt with the follow-up to MDK, in Shadows Of Amn put this quote in the “mouth” of the sentient sword Lilarcor. Dave Perry, in a 2009 interview, claimed that this was the original title, but it was readjusted because an agreement had been made (which did not materialize) with the producer of games for children Playmates and the expression would have been too violent. The final word on the story was put by an intervention by Bruty himself on the GOG forum in 2011.

On the basis of the acclaim of the critics who celebrated it with high marks (above 9 for most of the magazines of the time, including Edge), MDK enjoyed good commercial success (half a million copies sold by the end of 1997) , so much so that the publisher Interplay immediately commissioned a sequel to Bruty. However, he was working on his new title, Giants: Citizen Kabuto (developed by the newborn software house Planet Moon), and then we turned to BioWare which in 2000 gave birth MDK 2. The leaders of Shiny were contacted for a Hollywood feature film, a path that had no following, but which blocked the making of an animated series, declined precisely to give priority to negotiations on the film.

After this experience Bruty will go up in the news again for Armed And Dangerous and that will essentially be his swan song, artistically speaking. With her new company Rogue Rocket Games, in 2015, she embarked on an ambitious campaign on Kickstarter to fund the spiritual following of MDK and Giants, namely First Wonder, of which some videos of the alpha version are on YouTube. Despite the endorsement of people like Brian Fargo and Tim Schafer, the title got less than a tenth of the half million required for its development and was permanently canceled. Meanwhile, MDK can be purchased on both GOG (platform and 2017 ago he gave it away for a few days) and Steam. The title has been affected by the years and requires the installation of some third-party mods in order to be enjoyed on modern operating systems. The intellectual property is for sale, but potential buyers have not yet come forward to revive it.

MDK: the story of the cult shooter released 25 years ago