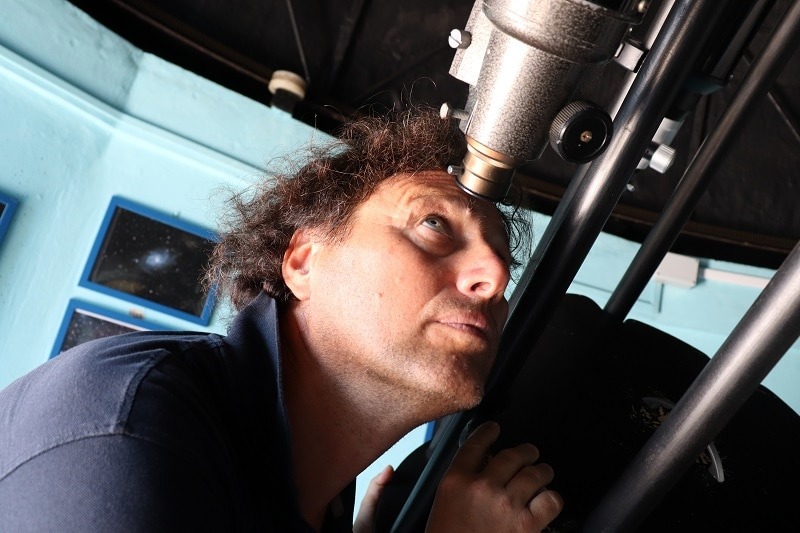 ANCONA – Make yourself comfortable, in places with the least possible light pollution and look in the direction of the North Star. Equip yourself with good binoculars because, weather permitting, you won’t need anything else to see the “Nehandertal” comet even from Ancona.

It was identified on March 2 by the automatic scanning system of the sky, with the apparatus located in California. Initially it looked like an asteroid, then a comparison of the same portion of the sky after a few weeks showed that a crown had formed around that body. Hence, the certainty: the one that will pass close to the earth in the coming weeks, at 42 million kilometers, is the comet C/2022E3ZTF renamed “Neanderthal”. Not a random name, given that this “long-term” star passes every 50 thousand years (the “Halley” every 76 years). That’s how long it takes to complete the elliptical orbit around the sun. «It’s a surprise comet – explains Davide Ballerini, president of the Marche Amateur Astronomers Association – Pietralacroce observatory – it was discovered by the Zwicky Transient Facility, an automatic scanning system of the sky for safety purposes. It is a comet, therefore in fact a “dirty snowball” to use a definition by the American astronomer Fred Whipple. It has two tails, one of ions, of a blue color that develops in the same direction as the solar wind, and the other of dust (particles, grains that detach, etc.)».

The journey of the comet: the dates

«The “Neanderthal” will find its closest point to the sun, called perihelion, on January 12 at a distance of 166 million kilometers. It is an advantage – explains Ballerini – because after this passage it will move away from the sun and will pass close to the earth, precisely on February 1, at 42 million kilometres. It will be more “swollen”, because after passing close to the sun it will have amplified its activity with gas jets”. Between 17 January and 5 February the comet will be in a circumpolar trajectory, i.e. it will pass in the constellations close to the Pole Star and therefore, already in that period, it will be visible throughout the night. “To be more precise – explains the amateur astronomer from Ancona – on January 30 the Neanderthal will pass next to the North Star”.

Best day and places to see it from Ancona

The comet will be perfectly visible with normal binoculars only from January 24 onwards: “From that day it will be quite bright and can be easily admired, but be careful – specifies Ballerini – as for the night of shooting stars, it will be seen in dark skies and Ancona is a bright city”. Advice then? «We of the Amateur Astronomers Association recommend going to hilly areas, preferably in the Apennines, away from the lights. However, Monte Conero is also an ideal area for this type of observation, because you have to look towards the north, that is, on the sea side, and the mountain is perfectly oriented”. Other recommended points are the countryside and, moving away a little, Monte San Vicino and the Montecavallo area. For the occasion, however, the Observatory of Pietralacroce will also be open: appointment (weather permitting) on ​​February 3 for an evening of observation and teaching (6-12 pm). Free admission and no reservation is required.

Mistaken for an asteroid, instead it is the “Neanderthal”: the ideal places in Ancona to see the comet returning after 50 thousand years