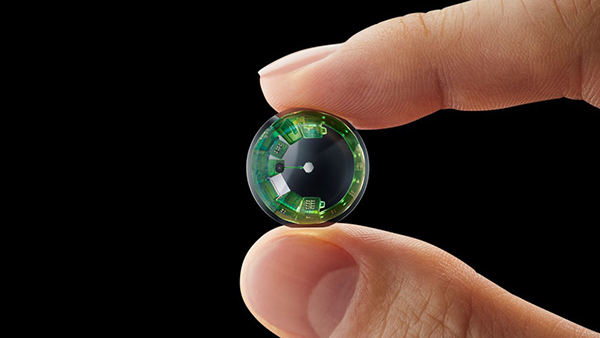 Smartphones have changed the world, literally putting in our hands the digital experience that until then we could only enjoy in front of a PC. For several years the goal of Apple, Meta, Google and many other companies has been to making digital an integral part of real life through what is called “augmented reality” or also “mixed reality“.

The solutions to arrive at this experience are different and there are those who believe that the final solution – implants in the brain apart – will be the smart contact lensestheoretically an ideal way to put digital content in front of our eyes without preventing us from seeing what really surrounds us.

TV series and films have largely anticipated this development but, as always, between “saying and doing” it passes. Making smart contact lenses is anything but simple but something moves as it shows us Mojo Vision, a startup that has made headlines in recent days. Its CEO, Drew Perkins, has “worn” for the first time a complete and working prototype of these contact lenses (Mojo Lens) innovative telling his experience.

How are Mojo Vision contact lenses made? The prototype is equipped with a screen micro LED with 14,000 pixels per inch, but the diameter is only 0.2 inches, or 0.5mm. For the occasion, the CEO wore only one lens at a time and only for limited periods of time in one-hour increments. The ultimate goal is to make two Mojo Vision lenses work together, so that you can see 3D images, but for now, it’s going to be gradual. 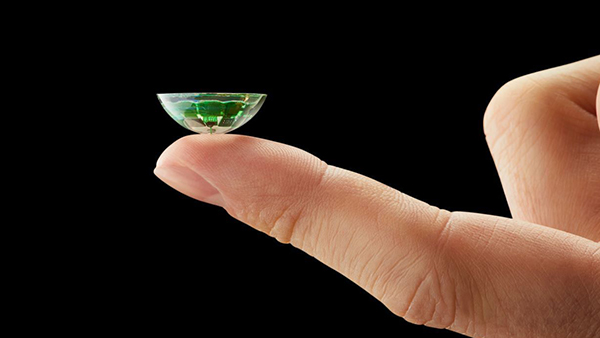 According to Mojo Vision, the display features the “highest density ever achieved for a display intended for dynamic content“Perkins explained that the smart contact lens allowed him to visualize a digital compass in real time, as well as seeing blocks of text as if it had a “hunchback” in front of its eyes. He even managed to visualize a monochromatic image of Einstein.

The operation of the lens is managed exclusively by eye movement. Mojo Lens has an accelerometer, gyroscope and magnetometer that continuously track eye movements so that AR images stay still while the eyes move. 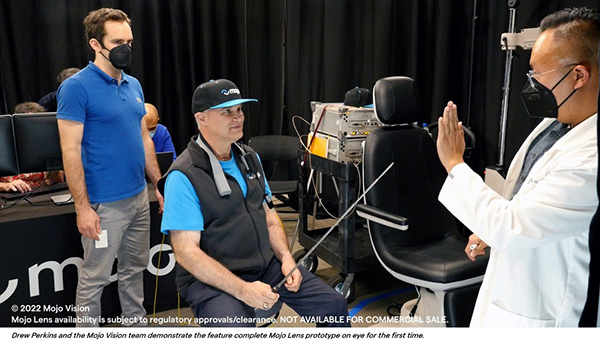 The remarkable thing is that the lens, in this prototype version, is mostly autonomous. The device runs on a tiny processor ARM M0 with a microbattery and a custom integrated circuit for power management. This makes the lens a bit thick as can be seen from the close-up image, which means developers will have to tweak it to make it usable throughout the day.

However, there are other technological limitations. For example, the lens it is based on an accessory that must be worn around the neck. This device contains a processor, a GPU and a 5 GHz connection to send and receive data from the lens. Currently, the user must also wear a hat with an integrated antenna for better connectivity. This latter aspect is something that the startup has put at the top of the list of things to eliminate.

The technology is still far from being ready for everyday and mass usebut Mojo Vision believes it is well on its way to developing a product capable of get FDA approval and other agencies that deal with everything related to human health. The company plans to conduct several clinical trials to make sure people can use the Mojo lens safely for longer periods of time.