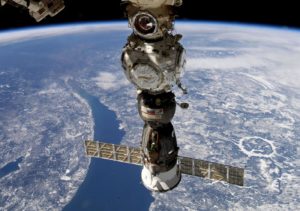 It will be the first space rescue mission. Russia will send a new unmanned Soyuz MS-23 spacecraft on February 20 to bring back to Earth from International Space Station (ISS) Russian astronauts Dimitri Petelin and Sergey Prokopyev and the American Frank Rubio. They said this at a joint press conference organized by NASA NASA’s director of programs for the ISS, Joel Montalbanoand the Director of Human Flight at the Russian space agency Roscosmos, Sergey Krikalev.

The three astronauts had arrived with the Soyuz MS-22, now attached to the ISS and from which it had been detected in mid-December a loss of coolant. The latter will return to Earth unmanned. The announcement comes from the Russian space agency Roscomos. It will be the first vehicle ever launched for an in-orbit rescue operation, the Soyuz M-23 shuttle, which the space agencies of the United States (NASA) and Russia have decided to use. The Soyuz M-22, with which they should have returned, is damaged.

The Russian agency confirmed that the fuel leak was caused by the “impact” with a cosmic micro object which caused the formation of a hole with a diameter of less than a millimetre. The Soyuz-23 spacecraft, which was initially scheduled to take off on March 16 with three passengers for the ISS, “will be launched on February 20, 2023 without passengers”. Soyuz MS-22 is the only Russian spacecraft capable of carrying astronauts currently docked with the Space Station; the other vehicle capable of carrying a crew is the American Crew Dragon, while the other four docked vehicles are all cargo: two are the Russian Progress and then the American Cygnus and Dragon.

The mission is necessary because “it will not be possible to repair the damaged Soyuz in orbit,” Krikalev said at the press conference, organized at the end of the meeting of the NASA-Roscosmos joint investigation commission, set up following the leak of coolant from the Soyuz. The damage was caused, the two experts confirmed, by the impact of a meteorite with a diameter of about a millimeter, which occurred at very high speed on the Soyuz radiator. “It is very difficult to replace the Soyuz radiator in orbit – observed Krikalev – and it is also difficult and risky. For this reason, the Commission has decided to replace the vehicle by sending another shuttle to the ISS”. As a result, the damaged Soyuz M-22 will have to be removed from its docking point on the Space Station and returned to Earth unmanned. The operations necessary to prepare the vehicle for return and those to prepare the new shuttle to welcome the crew they will take some time and for this reason the mission of the three astronauts is expected to be extended.

Vladimir Putin sick? After Parkinson’s and cancer, the latest hypothesis is Cushing’s syndrome

New Soyuz shuttle to bring three astronauts back to Earth, will be the first space rescue mission – Il Fatto Quotidiano