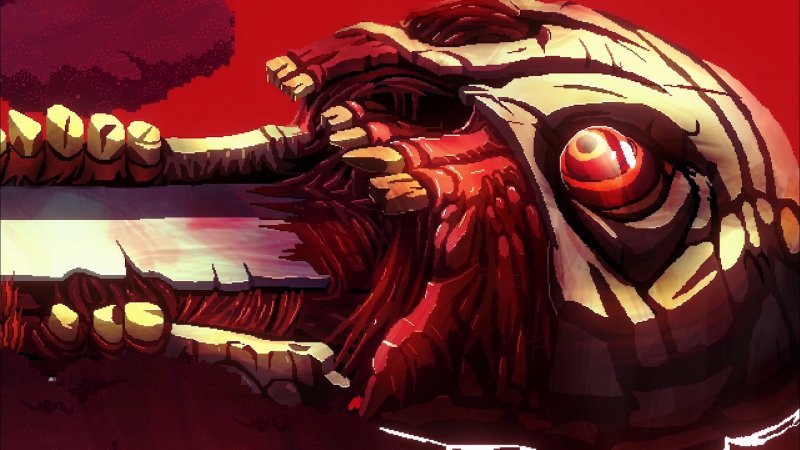 In the review of No Place for Bravery we tell you a very fascinating, violent, melancholic and visually inspired indie, but not without its problems.

Perhaps it is true that there is not always a place for courage – this, roughly speaking, the meaning of the title of No Place for Bravery – but it is also true that in the videogame sector few (sometimes very few) people are enough to attempt noteworthy ventures. , even with excellent results. And the publishers realize it: the title in question is in fact published on consoles and PCs Ysbryd Gamesthe same one that some time ago had believed in the exceptional and atypical World of Horror.

No Place for Bravery is something very different and still slightly inferior, although still noteworthy. An epic adventure in a twilight world, a story of family ties and stubbornness, swinging between stunning pixel art graphics and soulslike mechanics. All condensed into the dimensions and possibilities of an indie, which on the other hand almost always leave the field free to experiment without any pressure from above.

In review by No Place for Bravery we explain its mechanics, we report our impressions and also raise some constructive doubts on the entire work, so that you can better evaluate a possible purchase.

The plot: a corrupt world

No Place for Bravery is divided into an opening chapter, which acts as a prologue to the plot real, and then in a linear narrative that will keep you company until the end credits. This is not a particularly long-lasting adventure, since it really only takes a handful of hours to complete it – of course, as long as you are able to immediately familiarize yourself with its mechanics and avoid screenshots and game over screens. Many aspects related to characters, areas and the same dark-fantasy world that is the background to everything that happens will not be immediately clear, but will be reconstructed both through exploration and with the finding of specific collectibles in the form of parchment, the whose contents can then be easily read in the inventory. Not in Italian, the only major absentee among many other proposals, European and non-European.

Hero of the narrative is Thorn, a very skilled warrior with Norse traits (in general all the inspiration behind No Place for Bravery draws heavily from the folklore of the Nordic countries) who has now retired to private life. Thorn still lives with the obsession of having lost his young daughter Leaf, probably kidnapped by dark creatures from the realm of the dead. The world is in fact by now collapsing, immersed in a melancholy but definitive twilight: the raids of monsters are more and more frequent and violent, people do not feel safe, the “sense of the end” distinguishes every aspect of daily life. But one day Thorn receives a visit from an old warrior, his comrade in arms in the good old days. And they begin to understand a little better what is happening to their world …

Without going into too much detail to avoid invasive previews, we would like to underline how the story of No Place for Bravery is a tormented story, especially from the point of view of emotional ties within a family. Apart from the particular situation of Thorn, who has lost a daughter and risks a new misfortune even with the new son, the developers have confirmed that they have included in the narration events related to their personal experience. There will therefore be moments in which the player will be asked to make choices, so to speak, moral: which will be able to modify, in part, the course of events, and the opinion of the other characters towards the protagonist. This is a really interesting aspect, but devoid of significant consequences and of any system of “karma” that could modify the continuation of the adventure.

Gameplay: a little God of War, a little Zelda and a little Dark Souls

From the point of view of the gameplay the situation of No Place for Bravery is sufficiently varied and peculiar, perhaps even too much; the immense contaminations and shots more or less faithful to titles such as Dark Souls, God of War and The Legend of Zelda will be immediately evident, both to the most experienced and to the newcomers. The first and simplest example that comes to mind is that of bonfires, save points where Thorn can rest, restore his health and consumables, finally spend money to buy and upgrade his weapon skills. Resting by a bonfire, all enemies eliminated so far reappear in their place. We don’t have to point out productions with similar mechanisms, do we?

The developers have explicitly called the title a “2D top-down action RPG”. We agree that it is in two dimensions and that the supporting structure is also that of a action RPG – even here, between weapons, characters, and the protagonist himself accompanied by a boy, it would be very easy to suggest the link with the most recent of the God of War. But we would like to underline the tactical and reflective aspect of the game actions. You cannot simply run against the various types of enemies and strike at random: the combat system is based instead on the solid alternation of attacks, parries and dodges, in addition to the presence of a final move that allows the execution of some particular monsters . In all this, resources are collected along the way by upgrading Thorn, and different weapons are recovered, some also useful for modifying the surrounding terrain and continuing towards previously inaccessible areas.

All this suggests a solid and fun production, furthermore enriched by one truly wonderful art direction, both in the general glance of the playing areas and in the highly inspired, deliberately epic soundtrack. Before the big and expected patch, on Nintendo Switch the input lag problems (and others of a technical nature) were very frequent and frustrating; we noticed far less of them in our session, even if from time to time some answers are not as accurate as they should be.

The general problem of No Place for Bravery is actually another: while displaying a sensible and valid variety of game mechanics, it never really insists on any of them in a meaningful way. The gameplay offers a pleasant adventure, but also very frustrating, because all the enemies are always stronger than the protagonist, apart from some particular cases; and while that makes sense in a Souls, it makes much less sense in an action-RPG, where balance needs to be carefully thought out instead.

And when you finally get the impression that you have understood how everything works and the right way to act, well, you have practically reached the end credits, because the dimensions are what they are.


No Place for Bravery is an ambitious title: it tries to propose deep themes, drawn among other things directly from the private life of the developers, within a distressing world, in which the protagonist is constantly pushed to question the meaning of the end; draws heavily on all the useful mechanics from titles such as God of War, the various Souls and The Legend of Zelda; finally, it is proposed as an action-RPG (but it is even more than that) in two dimensions, enriched by a splendid pixel art and a genuinely memorable soundtrack. Art direction aside, however, it is easy to forget No Place for Bravery, by virtue of a gameplay as varied and technical as it is shallow, a suggestive but short narrative without great creative flashes, and also some optimization problems. . We are not talking about a bad video game, but an overall product just more than discreet, which should perhaps have been limited to a few ideas, but insisted on it with conviction. However, it could convince you: after all, no one is denied a chance.

No Place for Bravery, the review of a violent, melancholy and visually inspired action