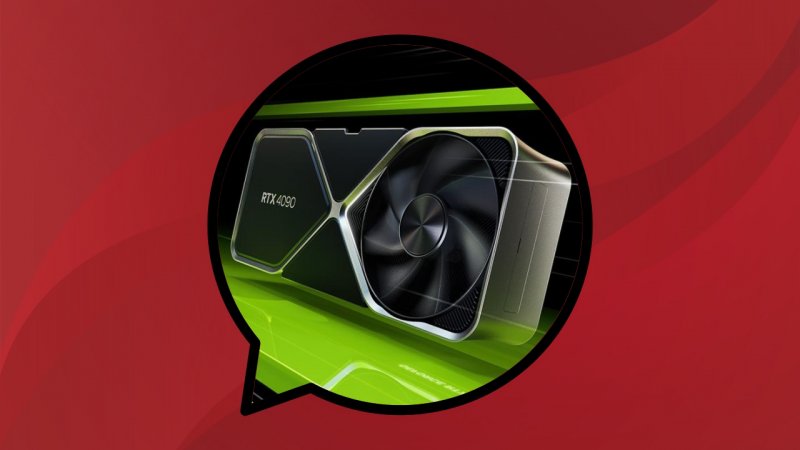 The announcement of the new video cards Nvidia RTX 4000 series was exhilarating: anyone who follows the gaming landscape with some interest in the field of PC gaming will surely have felt thrills when the company has pitted the impressive numbers of the new GPUs, which promise an important increase in performance on the already remarkable RTX 30 series. the question of prices. And how if it remains: as we have seen, prices have risen, moreover with a much greater increase in Europe than in the USA, reaching figures that are practically unapproachable by anyone who is not a total enthusiast and also particularly possessive.

Nvidia RTX 4080 from 12 GB costs 1099 euros (899 dollars in the US), RTX 4080 from 16 GB goes for 1469 euros (1119 dollars in USA) and RTX 4090 reaches 1949 euros (1599 in USA) almost reaching the destabilizing psychological threshold of the 2000 euros. All this while RTX 3080 cost 719 euros at launch and RTX 3090 1549 euros. It is true that these last declared prices have long been far from the real street price, given the problem of procurement that caused actual costs to skyrocket, but an increase of over 25% is a rather peculiar event in the world. of consumer technology. To all this must be added the international economic situation of this period, which is not at all that of a few years ago and makes it even more difficult to purchase products of this type at these prices, increasing the gap with previous generations.

The production costs clearly more, as we have seen for every technological product these days and a price increase is not something out of this world: in this period we have witnessed the upward adjustment of the price of PS5 increased by 50 euros, which in itself was already a historic event in the world of the console market, but it remains a modest increase compared to what we are seeing with Nvidia GPUs, moreover on pieces of hardware that already cost a lot even previously.

Of course, since they are in all respects “luxury” products, they follow different market logics, but such a trend risks damaging even the manufacturer itself, given that – we imagine – it aims to maintain its role as a leader of discrete GPUs for PC. Moreover, a company that also seems to have some problems in relations with third-party producers, always linked to pricing policy, as we have seen with EVGA.

In the face of a performance increase that will certainly be substantial, the price increase seems unjustifiable in the eyes of the user, who will feel less pushed to upgrade to the new piece of hardware, unless the difference appears really substantial. This, however, is unlikely to happen in a relatively short period of time, considering that probably not even the previous series of graphics cards have yet been exploited to their full potential a few years later. Competitors could benefit from this situation, that is AMD (given that Intel has pulled back from the segment in question): we are still waiting to see the response of the company, but if it were to present itself on the market with solutions with a much more aggressive price, even in the face of performance not at the same level, it could to score a bang.

Nvidia RTX 4080 and 4090 are monsters of power, but does technological advancement cost too much?