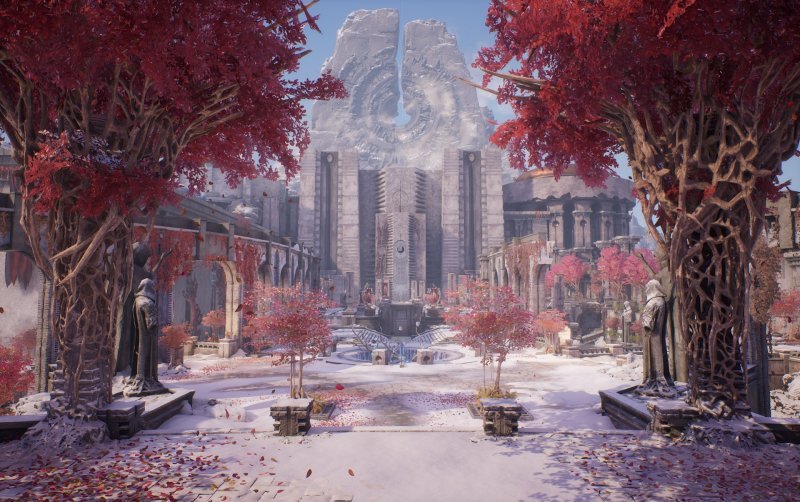 A little over a year after the original release comes Outriders Worldslayer: the first expansion of the People Can Fly looter shooter produced by Square Enix.

It was an obstacle course for Outriders during these first fourteen months of life. Aware of his desire to abstract himself from the struggle of the GaaS looter shooters, the game of People Can Fly however, he was not really able to steal the show from all the more or less direct competitors. This despite the development team’s pedigree and a series of certainly interesting, but not exactly revolutionary, ideas. After the infinity of server problems, several months of life strongly anchored to distribution via Xbox Game Pass and a free update as important as New Horizon, here is that the guys of People Can Fly try to drop the ace with the first real expansion of Outriders: Worldslayer <.

After having told you most of its aspects and novelties with the previous tried; and following the speculations made on the endgame last month, we are ready to tell you what we think about this Outriders Worldslayer review. Avoiding dwelling too much on known additions and trying to understand if the project still has a future. It’s time to dive into the darkest areas of Enoch and his devastating past.

In search of the Citadel

Worldslayer it starts right where we stopped. Enoch is a slightly less unknown place, but still far from the Promised Land for which we have traveled so long in the nothingness of Space. The Anomaly is always there, one step away from us and while we ideally continue to retrieve dozens and dozens of pods from the atmosphere through expeditions, it’s the storms that really worry.

It is because of one of these that Ereshkigalthe new villain on duty taken by the weight of an ordinary Starcraft, feels compelled to unload her pains and the recently acquired powers to move her handful of rebels against the Outriders.

The new opponent he also manages to carve out two or three interesting moments, but what leaves much to be desired is the feeling of haste and little depth that lives inherent in the narrative of Worldslayer. It is no coincidence that the campaign of the new expansion can be completed easily in four hours, which can go up or down slightly based on the difficulty set and secondary tasks completed.

Don’t get us wrong: we would never have expected a campaign with a duration close to that of the base game, but there is a constant feeling that everything stinks of a missed opportunity. We are still talking about a development team that thinks about the substance and tends not to give a damn about the reasons, but then why work so hard on building a story and characters that then they are not exploited? And we assure you that from the point of view of the stimuli Outriders Wordslayer is no joke. Unfortunately, everything runs away, in an indecipherable time and with a conclusion that really leaves a bad taste in the mouth, as well as opening more doors than it closes. The discovery is yours!

We’ve said it over and over again: Outriders is fun. This is an aspect that could hardly change for the worse. The development team is one of the spearheads of TPS in the world and never misses the ability to always find some new ideas to stand out from the crowd. Despite this Outriders did not manage to really make a breakthrough in the players, still carving out a rather full-bodied and affectionate slice of fans. In light of this new expansion, released as the first post-release paid content, to the (non) modest sum of 40 €it was reasonable to expect something more from People Can Fly.

Reality looks slightly different. Yes, because it is difficult to give against a title that makes the solidity of his own gameplay a stylistic figure that for many players could already be sufficient in itself. So where does this feeling of general dissatisfaction come from? We played and scrutinized Worldslayer. Wasted time in his bizarre menus. Faced with new threats and conquered the ruins of Tarya Gratar. Only at the end of many speculations did we then understand: the point is that nothing has changed and therefore perhaps we are the first to be a bit tired of the constant reiteration of a fun gameplay, but always the same as itself. A series of mechanics that don’t bring any real changes in this expansion.

THE pax points they are nothing more than a way to disguise new skill points – scripted and assigned at specific moments in history. THE apocalypse levels they do not change much compared to the previous ones, if not the obvious need to extend the growth and artificial longevity of the title even more. The progression in the new maps is, if possible, even more linear than the base game. Long, narrow corridors leading from one horde to another. Few detours, few stimuli, only lead on lead.

This is the feeling that has made its way inside us over the hours, unchanging and inexorable. We were having fun, but we already knew everything. Shortly thereafter, however, the only real news was revealed to us. And the latter is far from being represented by so many new weapons and armor that then fire at the end like all the others and mount the same seven perks.

What changed our view of things for the better was the new endgame: Tarya Gratar. On the other hand, the expeditions that represented the final phase of the game for the whole first year sinned precisely in the idea and in the location. The tests of Tarya Gratar do not deviate from the concept, but assimilate it and reimagine it, inserting everything into a narrative timeline that is also the background to the Worldslayer ending.

Playing the Worldslayer endgame means finding yourself catapulted to the origin of the Pax and their architecture. The citadel is none other than a gigantic dungeon made of different tests from each other by type, location and rewards, but all united by the need to kill and advance to the next room.

For advance the dungeon it is necessary to choose a path and complete one or more of the different tests that are placed before us. Whether it’s waves, simple progression mechanics, or a real boss, the feeling is that the Polish team has somehow attempted to reimagine the journey’s conclusion as some kind of special. roguelite in the third person. This element, given by the randomness of events and enemies, obviously also increases its replayability: a fundamental element for a title that will have to make this expansion last for months, waiting to find out in which direction the project will move.

It goes without saying that during the tests it will be possible to recover the best booty, as well as having some latest and interesting answers to the connection between the human race and Enoch, in an ending that really smells like Destiny for the way it is staged and for the language it follows. Always remaining far from that overall quality of writing and artistic depth.


Outriders Worldslayer is the expansion we all expected in the end. It does not upset the cards on the table, it adds a handful of campaign hours, an important amount of new loot and deepens even more its own lore and role depth in the creation of the builds that is still its spearhead today. The choice should therefore be simple: have you had enough of Outriders? Leave it where it is, it won’t give you a single extra moment of joy. If, on the other hand, the addiction to lead and Enoch has not passed, the € 40 required to enter is certainly not low, but it could be worth the hours you will spend taming over and over again the tests of Tarya Gratar.

Outriders Worldslayer, the review of the first expansion of People Can Fly’s looter shooter