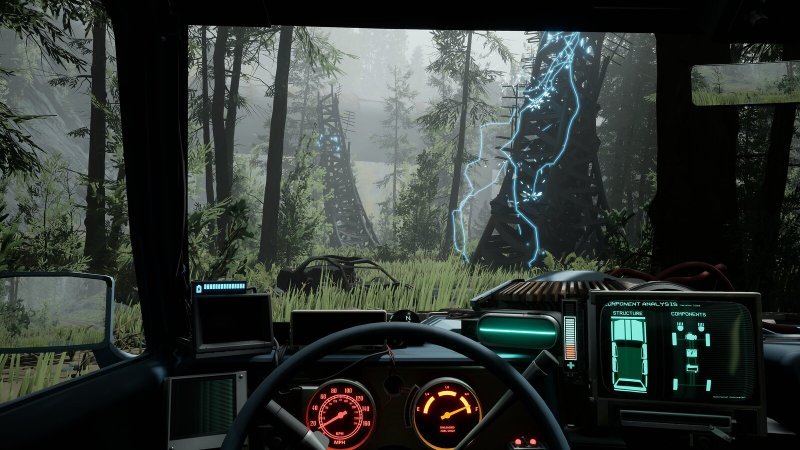 Let’s discover Pacific Drive, the “roguelite on the road” shown in the State of Play of September 2022 in which you will have to survive with an 80s station wagon.

There are games you expect from a State of Play, and then there’s Pacific Drive. The developers of Ironwood Studios they define it as a roguelite on the road, hence the term “road-like”, and it is an intriguing mix between STALKER and an 80s driving simulator.

The team is “working closely with PlayStation” to release Pacific Drive on PS5 next year, but we can already confirm that this is not an exclusive: there will also be a version for PC that will be released more or less in the same period as that for console.

Let’s discover Pacific Drive and its curious mix of genres in this special.

The analysis of the trailer

The atmosphere is clear right away: the world we will find ourselves in is in ruins. Abandoned houses and overgrown cars tell us that society has long since collapsed and we will take on the role of one of the last survivors. We see a gas station transformed into a secure base that the developers have said is “our hub for upgrading equipment.”

Immediately after, the co-star of the game is introduced: one 80s station wagon (the ones with the wooden inserts along the sides) chock full of unusual instruments, including a kind of horizontal radar. The line that animates it first becomes orange and then red with increasingly frequent peaks: something is happening and the view passes firsthand.

Here we begin to get a taste of the gameplay real. We don’t know if it will be an open world or a procedurally generated game, we just know that we will have to train our driving skills. Whatever brought the world of Pacific Drive to its knees, it now wants to eliminate us too. There are columns of earth emerging from the ground, rotating blades that want to cut our way and strange creatures that generate lightning. So many things will try to kill us and, as the end of the trailer suggests, sometimes they will. We also see the protagonist get out of the car in the midst of one of these anomalies: perhaps the goal of these adventures behind the wheel is to recover resources to be brought back to base in our large trunk.

Pacific Drive owes part of its name to its setting, the “Pacific North East” or the northeastern United States where Oregon and Washington State are located. Large coniferous forests and torrential rains are seen, a very common feature of the area. Among the hills full of green stands an orange anomaly, presumably the cause of the cataclysm that has struck humanity. We know one thing: the player’s goal is to make their way into the heart of the Olympic Exclusion Zone and unravel the mystery behind the phenomena that have ravaged the Zone.

Your relationship with the car will be fundamental because those four wheels are the only thing that will separate you from the dangers of the Exclusion Zone. For a few moments we see what one of the looks looks like equipment more advanced than the car: there are fuses and what look like little Tesla coils to counter or capture the electrical storms that are seen shortly after.

What the developers say

Alex Dracott, founder and creative director of Ironwood Studios, talked about what inspired the creation of Pacific Drive. “We love weird science fiction stories and road travel adventures. We have also always been intrigued by dark and mysterious worlds like those of STALKER games or books like Annihilation. In Pacific Drive, we have been able to combine these passions. creating an adventure that will take you to the heart of the Pacific Northwest in an old station wagon “.

“This car, over time, will transform into your best friend and we envisioned it to become the 80s sci-fi machine of your dreams. The Ironwood team worked passionately to make that idea a reality. After three years of work, we couldn’t be more excited to share Pacific Drive and we’re excited to be working with PlayStation to do so. “

The unique concept and unusual setting are undoubtedly the strengths of Pacific Drive, an experience that managed to intrigue a lot during the State of Play of September 2022. Given the progression of the equipment we can hypothesize that it is a rogue lite, in which some progress is kept between one game and another. The mysteries of the Olympic Exclusion Zone and all the dangers it hides seem to be a sufficient incentive to embark on this adventure, only in the review phase will we be able to evaluate its longevity.

The hybrid between driving sim and roguelike intrigues almost as much as the mysteries of the Olympic Exclusion Zone. Pacific Drive’s Oregon woodland setting is unusual and we hope it will be well exploited. It remains to be seen how the rogue element will be handled and how long the game will be.

Pacific Drive, will you be able to survive with your 80s station wagon?