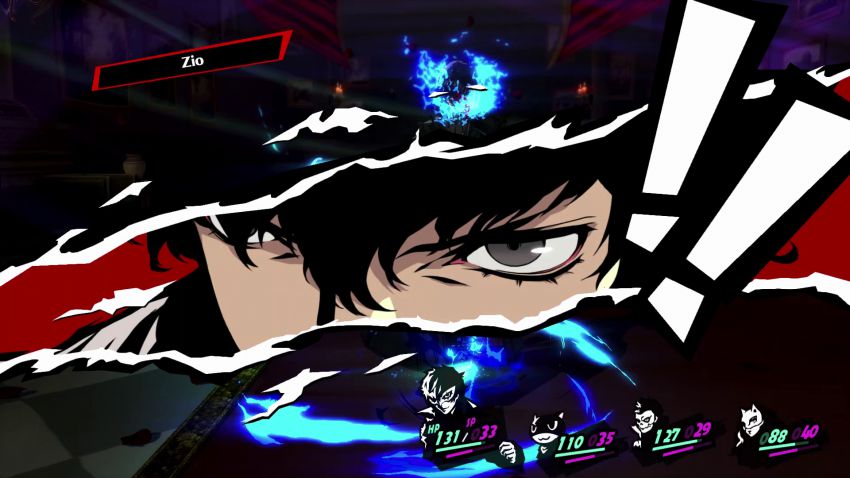 Once a promotion is over, there is another one! I don’t have time to say goodbye to the Spring sales Golden Week has already begun on the PlayStation Store, a new container of discounts designed to satisfy the palate of any type of gamer, in particular all those who are crazy about Japanese productions. At the same time, the new unmissable offer of the week also started, which in this round is entirely dedicated to the game of the year 2021. So here we are back to work, ready to advise you three games at a discounted price that this weekend you cannot miss for any reason in the world!

Person 5 is in no uncertain terms one of the best JRPGs ever, especially in its version Royal, which enriched and balanced an already memorable gaming experience in its launch edition. Very few products can boast such a marked narrative stratificationwho manages to wisely amalgamate profound themes such as the depravity of the human soul and the daily problems of a group of Japanese children, who spend their days between one classroom and another

Tokyoites are corrupt: they commit the worst atrocities by surrendering to unstoppable drives and instincts. Luckily there are the Phantom Thieves of Heartsa rather unusual group of thieves: during the day they are simple high school students, while at night they use the Metaversal Navigator smartphone to infiltrate Palaces (surreal worlds created by the corrupt hearts of adults) to steal theirs treasure (the source of malevolent desires) and cause them to repent of their actions. The plot is able to keep you glued to the screen for tens and tens of hours, but if Persona 5 Royal can be considered a masterpiece it is also and above all thanks to a deep role system and an always rewarding turn-based combat system.

The Royal version embellishes the already exceptional main game with a new member of the Phantom Thief (Kasumi Yoshizawa) an expanded story with the third semester playable, additional music, a new Palace, a renewed graphics sector, a revisited interface, numerous balances to the playful experience and, above all, subtitles in Italian. The Deluxe Edition on offer also puts the Kasumi Bundle on the plate, including four sets of customizations for the new character.

We stay in Japan to offer you another offer of the Golden Week, entirely dedicated to Lost Judgment for PlayStation 4 and PS5, a detective story that manages in one fell swoop to become an excellent sequel to Judgment and to depart decisively from Yakuza, the series that gave birth to it. Lost Judgment catapults you once again into the role of the former lawyer Takayuki Yagami, now street detective. Flanked by his partner, former yakuza Masaharu Kaito, he must investigate a seemingly perfect crime, behind which lies an intricate web of conspiracies that make fun of a corrupt judicial system.

Moving between Tokyo and Yokohama, digital cities that enchant the senses by offering a vivid insight into Japanese culture, you will have to juggle investigative phasesenriched here with new gadgets, stealth tracking of suspects and cunning methods of infiltration, and many fights. With the main series now moved to turn-based battles (read the review of Yakuza Like a Dragon), Lost Judgment embodies the original spirit of Yakuza by allowing Yagami to choose between three different fighting styles: Cranerapid and arctic; Tiger, based on brute force; the new Snakewhich allows you to disarm enemies and focus on dodging and counterattacks.

On PlayStation 5 it offers two graphics modes, one that focuses on performance (60fps at 1440p) and one that favors level of detail (30fps in 4K). More details about the game can be found in ours Lost Judgment review for PS5.

You can’t let it slip away the winner of the Game of the Year award at the 2021 Game Awards? Of course not, especially now that it is heavily discounted! It Takes Two is a wonderful modern fairy tale which, continuing in the path traced by Hazelight Studios’ previous work (A Way Out), can be played only and exclusively by two players in online or local co-op.

It Takes Two is about Cody and May, a couple at loggerheads that a spell has turned into dolls. Together with another player you will have to help them overcome their differences by accompanying them on a journey through a world full of unpredictable quirks and original gameplay solutionswhich will test your wits and their marital relationship.

The adventure directed by Josef Fares is a real one concentrate of creativitya continuous source of amazement that has bewitched world critics and over 5 million gamers. Do not be discouraged by the cooperative obligation, as it has made it possible to implement otherwise impossible playful solutions. Each purchase offers access to both PS4 and PS5 versionsand includes the Friend’s Pass, which allows you to share the adventure with your friend online for free. Read on the review of It Takes Two if you are still not convinced.