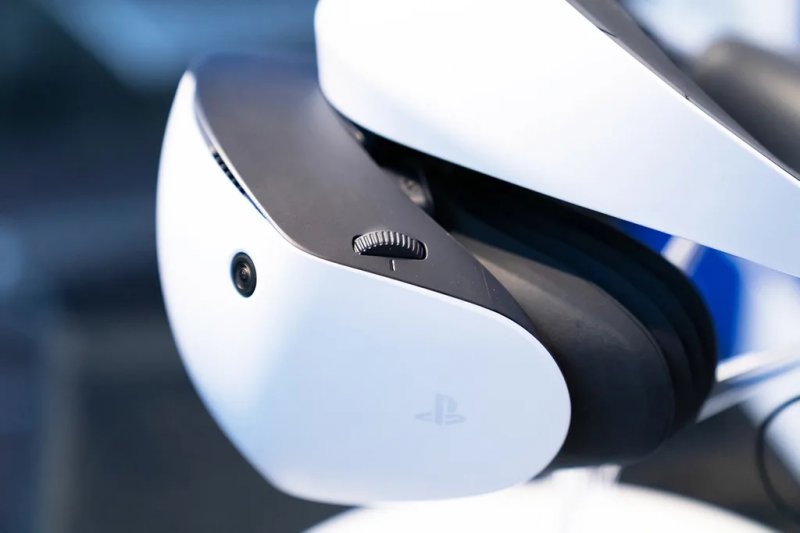 Improving PlayStation VR wasn’t difficult. The first virtual reality headset launched on PlayStation 4 was a huge success, with over five million units sold. Yet PSVR has always been an obsolete hardware since its launch, a peripheral with conservative technical specifications and which required a tangle of cables, boxes and external cameras to function. The icing on the cake, the use of PlayStation Move – now already retired – instead of controllers designed specifically for the occasion.

After tried PlayStation VR2 at Tokyo Game Show 2022it appears clear that Sony’s intention this time is to propose a more advanced hardware, with some solutions that hopefully can be adopted not only by PlayStation 5 headsetbut also from all future commercial headsets.

Before proceeding, a clarification must be made: unlike thepress event held in the United States a few days ago and dedicated only to the American press, at TGS 2022 PlayStation VR2 was only playable at the Capcom stand together with the Resident Evil Village VR demo. A decidedly intense test, but useful to get an idea of ​​the gaming experience with the new Sony viewer.

Instead of adopting a drastic design change, PlayStation VR2 offers a familiar look to anyone who has worn the old version of Sony’s peripheral at least once. The headset is extremely light and the way it fits and adjusts around the head remains nearly identical to how it was with the first PSVR. Good news then for those who wear glasses, since – despite the bulky frame – those we were wearing easily entered the viewer, without getting stuck during use as is the case with Meta Quest 2 or even with the previous PSVR model. .

Impressive leap forward for the OLED display which now comes to one resolution of 2000×2040 pixels per eye (compared to PlayStation VR’s 960×1080). In the Resident Evil Village VR demo, on several occasions we found ourselves standing in the middle of the corridors of the Dimitrescu castle to admire the paintings hanging on the walls, the armor and the details of the furniture up close. If with the first PSVR you could almost count the pixels of the display, now the image is sharp, clear and with excellent contrast between the darker areas and those outdoors.

Too bad that the external light somehow continues to filter inside, especially near the cheeks and nose: it is true that the image is not too evidently dirty, we have not noticed annoying reflections, and try a helmet for VR in the middle of a video game fair is always different from doing it in the living room.

We are not yet at the point where one feels completely surrounded by a virtual environment, and this also because of the field of viewwhich although it has increased to 110 ° (compared to 100 ° on the previous model) is still not enough to hide the dark bezel at the ends of the display.

One of the characteristic elements of PlayStation VR2 is the presence, both in the controllers and in the viewer, of haptic vibration sensors similar to those present in the DualSense. Although we were initially skeptical about the actual usefulness of these vibrations, the few minutes spent with the Resident Evil Village VR demo gave us a taste of the actual potential. When Ethan’s hand becomes traumatized after meeting Lady Dimitrescu, the left controller vibrates slightly, simulating a slight tingling and sudden twitching. Similarly, at one point in the demo Ethan’s head is enveloped in a swarm of insects, and the slight vibrating of the head helped make the scene even more believable (and unpleasant).

However, not everything was convincing in the same way: when we found ourselves upside down, dragged by the feet between the corridors of the castle, the helmet began to vibrate insistently, but in that case it seemed more a distraction than an added value. to the sequence.

It is still the first time that we have found feedback of this type in a headset, and it will therefore be interesting to find out how the developers will learn to implement these haptic vibrations in games designed right away for PlayStation VR2.

Too bad for the presence of a cable that connects the PSVR2 to the console. Don’t get me wrong, going from the hell that was PlayStation VR to using a single thinner cable is certainly a significant leap forward, but those used to the freedom of movement given by Meta Quest 2 know what it’s like to play without a cable that hangs continuously on the shoulder or that wraps us and ends up between our feet in the least opportune moments of the game.

A button in the lower part of the viewer allows you to activate the passthrough mode: in a very similar way to how it happens with Meta Quest, the cameras external to the headset are used to have a black and white view of the surrounding environment. At the fair it proved particularly useful for identifying the controllers on the table in front or communicating with the attendant at the stand looking him in the eye … more or less.

The same cameras are also used to track movements in space more precisely. The old PlayStation VR relied on a single front-facing camera and, for this reason, often tended to lose sight of the position of the headset or PlayStation Move. Now in theory you can squat or have an obstacle in front of you without the risk of the game going crazy. In theory, because during the Resident Evil Village VR demo there were at least three or four occasions where the hands were not tracked correctly, or that even Ethan’s body was positioned in the opposite direction to ours. Again, the chaos of the fair may have negatively affected our body tracking.

Equally interesting are the cameras used for the eye tracking while playing. This can be implemented to focus only on the area of ​​the screen that the eye focuses on, but it is also crucial for proper setup. Before playing Resident Evil Village VR, we had to indeed adjust the interpupillary distance and the alignment of the lenses with respect to the eyes, in order to find that precise point that would allow you to see a clear and sharp image. The procedure lasted just a few seconds and first required the use of a small ring on the front of the viewer and then a test in which you were asked to follow a red dot with your eyes. So forget those thousand attempts and continuous adjustments to find a good position with the old PlayStation VR.

Goodbye PlayStation Move, we said. THE new controllers they are so light and comfortable that after a few minutes in the game you forget to hold them. The only exception is when the hands cross and the bows end up banging together, perhaps while changing the magazine of a pistol. Those accustomed to Meta Quest controllers will need a few tries before assimilating the position of the square, triangle, cross and circle buttons, but after a few minutes, throwing knives and reloading guns in Resident Evil Village VR became simple and straightforward.

The only doubt concerns the buttons positioned on the side of the handle, which unlike what happens on Meta Quest controllers are simple buttons rather than analog triggers. On the one hand it is better distinguished from the rear trigger (the one usually used to fire), but the grip is less solid and on several occasions it has happened to accidentally drop the knife in your hands. Maybe it’s just a matter of habit, but it’s not the best when it happens while surrounded by bloodthirsty enemies.

In general, the first and very brief encounter with PlayStation VR2 left pleasantly impressed. It remains to be seen what the selling price of a viewer will be, which undoubtedly represents an important technological leap compared to the old model and, obviously, the quantity and quality of the games developed for PlayStation VR2 will be decisive when the hardware is put on the market in the course. of 2023.

PlayStation VR2, we tested the new PS5 headset at TGS 2022