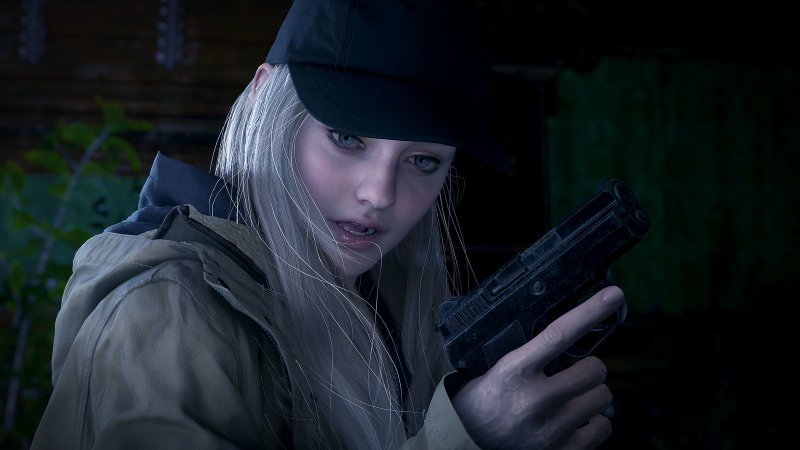 “Rose is not as strong as Ethan, she is not an expert in combat and she does not know how to use a gun: to survive she must use her powers”. When we met him at the Tokyo Game Show 2022, the director of Shadows of Rose, Kento Kinoshita, immediately sets the record straight, explaining that in the awaited Resident Evil Village DLC an experience quite different from that of the original game awaits us.

Sixteen years have passed since the events that saw Ethan Winters as protagonist, his daughter Rose has grown up and so, with the intention of freeing herself from the curse that haunts her, she faces the dangers of the village as her father did before her. Only this time the story of Shadows of Rose is set in a fictional version, a mental projection generated by the megamycete and called “Realm of Consciousness”, a trick that allows Capcom to re-propose the environments and enemies of Resident Evil Village in a different form.

There Resident Evil Village: Shadows of Rose demo that we tested at TGS 2022 does not reveal any of the mysteries around Rose and the world around her, but it has nevertheless given a taste of the approximately four hours that await us in the DLC, of ​​how different the experience actually is and at the same time how it can represent a clue to what awaits us in the remake of Resident Evil 4 or even in future chapters of the series.

Return to the Dimitrescu Castle

When the demo starts, Rose is in the Dimitrescu castle (or rather, in an alternative version), disarmed and disoriented. Unlike the protagonist, the player should know those places well, yet immediately you notice something different. The place is infested with the influence of megamycete, with spores, molds and organic channels connected to strange and menacing pulsating bulbs. As you cross the corridors, you then realize that you are not completely abandoned: someone, outside the mental world, communicates with Rose through messages that appear on the walls and objects of the castle. We do not know who she is, but it seems to be someone willing to help the girl cross the village, getting her a gun and explaining with telegraphic phrases how to deal with the obstacles that she finds in front of her.

Among these are the Face Eater, frightening creatures that must be carefully kept at a distance because, as the name suggests, they can’t wait to attack Rose and wipe her face dry. Their “deadly kiss” is reminiscent of Harry Potter’s Dementors, but in a more disgusting and infinitely more violent version. As per tradition, bullets can be found around or created using materials, but even if there are magazines in the corridors here and there, it is easy to find yourself with little ammunition in the barrel: take careful aim and not waste a single shot will be hence the golden rule in every fight.

The transition to the third person

The most obvious novelty of Shadows of Rose is however the camera, with the DLC that abandons the first person of the original Resident Evil Village to propose a shot behind the protagonist more similar to that of the remakes of Resident Evil 2 and Resident Evil 3.

Some think it may be an attempt by Capcom to bring the whole series back to third person, but Kinoshita gives a much simpler answer: “We know that many fans would have liked to have a good look at Rose’s movements, how she looks and moves on screen, or how she fights with enemies. This is why Shadows of Rose was conceived. to be played only in third person “. Only when the system was completed did we move on to making Shadows of Rose directly in third person, but the work done with Village will not be thrown away, and that is why the DLC will also contain a third person mode for the old adventure of Ethan .

To get there, however, the development team first ran tests on the old Resident Evil Village, spending some time effectively implementing this perspective within the original game. Character models, animations and even the combat system: everything has been changed so that the DLC gives the impression of being a game born in the third person, and not some sort of mod added later. “Since many of the games in the series are third-person, we have put in resources and time to make sure that theexperience was on a par with that of the other chapters“, says Kinoshita. In the demo, however, not everything was perfect, and especially in some too narrow spaces the camera ended up getting too close to the character or positioning itself in uncomfortable points.

There is a lot of debate about whether horror games like Resident Evil are more or less inspiring fear when played in first or third person, but if the few minutes spent with the demo have disturbed us less than expected it is not so much for the change of perspective, but for other reasons: perhaps for the awareness of being in a setting that is the result of imaginary of Rose, or perhaps the presence of a guardian angel who continuously communicates to us and gives us information. Maybe it’s also the sense of familiarity that comes from having already visited the village and castle as Ethan.

About the characters, Kinoshita implies that fans don’t necessarily have to look for links and explanations for the presence or appearance they have in the game. “The characters found in the Realm of Consciousness aren’t necessarily the real ones seen in Resident Evil Village: maybe that enemy looks like the Duke but it’s not him.” While we shouldn’t expect Chris Redfield to appear over the course of the game, the director promises that the finale will give a satisfying explanation of the nature of the world and what it is really fighting for.

In this regard, i powers of Rose, but in the demo they were barely mentioned. At a certain point you get the ability to eliminate the mold that hinders certain areas of the map, freeing corridors and allowing you to collect blocked objects. The same skill can be used to freeze Face Eaters from a distance, but the developers ensure that over the course of the game Rose’s skills will grow and will come in handy even in fights with the most challenging opponents: one of her powers will allow her to slow down, for example. time, making it easier to aim at enemies’ heads.

Thanks to the strong similarity that exists between the settings of Resident Evil Village and Resident Evil 4, Shadows of Rose could be a small starter of what it will be like to play the remake of the fourth chapter, at least in terms of feeling and staging. Rose, as mentioned, is a very different character from Leon or other classics in the series, and it is not certain that we will see her again in the future. “Shadows of Rose will be the conclusion to this story arc starring the Winters family,” concludes Kinoshita. “If in the future there is a new protagonist, another member of the Winters family or an old character, well … we let you find out later.”

Resident Evil Village: Shadows of Rose promises to be a short adventure lasting about four hours, but capable of presenting Resident Evil Village fans a different version of the village already visited in the original game. Controlling Rose, moreover in the third person, has a very different feeling from Ethan’s adventure, with the use of powers that in certain moments ends up attenuating the sense of tension in the game. Yet, moments of adrenaline are not lacking and the TGS demo undoubtedly leaves you with the curiosity to find out how the story of the new protagonist will end.