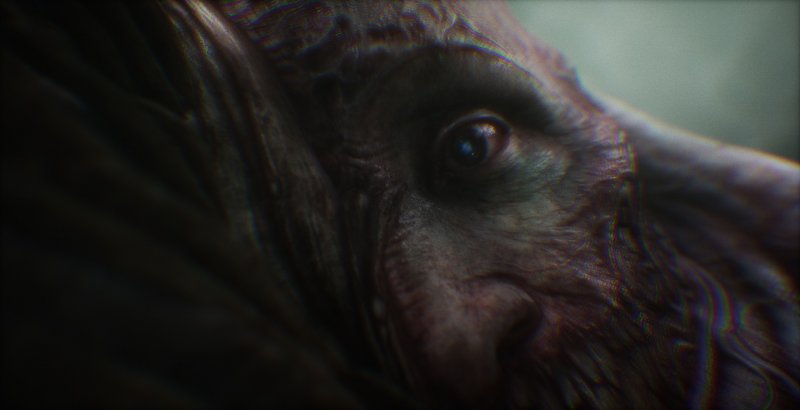 We tried the first hour of Scorn, the revolting horror adventure whose imagery is inspired by the works of HR Giger coming to PC and Xbox.

There is no dialogue in Scorn. During the entire hour we spent testing the start of the game, there was not a sentence, an exclamation or a thought out loud. Instead, our disturbing journey into the horror adventure of Ebb Software it was punctuated all the time by repellent noises, a mixture of bones and tendons, muscles and metal, perfectly consistent with the biomechanical environments created by the Serbian developer.

Released on October 21 on PC and Xbox, this work had already stood out for its declared and evident inspiration from the works of HR Giger, the grotesque alien imagery and the emphasis on body horror. Trying Scorn, however, we were faced with a very different experience from what the horror genre has become accustomed to over the years: at least as far as we have come, there are no scares, no enemies to flee desperately or monsters to eliminate with the few bullets available. It is already known that over the course of the approximately six hours of the game there will also be moments of action, but it is clear that the focus of Scorn will be on the atmosphere, the exploration and the solving of repulsive puzzles.

To get an idea of ​​what awaits us in Scorn, we don’t even have to start the game. From the start screen you are in front of the face of your own character, completely stripped, the nails worn and the veins clearly visible along the bones of the very thin arms. We see it wrapped in what appear to be roots of an alien place, but the start of the game gives no explanation as to how it got there. In a flash we see him dragging himself towards an imposing tower, before falling into a void and awakening in a structure halfway between a temple and a huge prison.

We spend some time looking around, dwelling on each Disgusting detail: you pass in front of a door with a strange mechanism, you walk along desolate corridors, crossed by cables and organic mechanisms. There is a light in the center of a room, but it is not clear what it is powered by. There doesn’t seem to be any danger, but then we are faced with a biomechanical device with a crack in the middle. Obviously, we decide to do what (not) anyone would do in that situation: we put our arm in. It is from this moment on that Scorn begins to come alive.

A strange mechanism with a retractable quill, a “plug” that allows him to interact with switches, machinery and terminals found in the scenario. So you can use it to activate gates and open the way to new corridors, but it’s when we arrive in a huge room with a tower in the middle that things get really interesting.

Without going into too much detail, we found ourselves in front of an elaborate puzzle split over several floors, involving shells to be moved in the right order, torture machines and a transport on rails. The puzzle it wasn’t particularly complicated, but getting it done was slow, sadistic and heartbreaking, although the developers later revealed to us that the same puzzle had more than one possible solution.

Once the puzzle is cleared, you continue to advance in this biomechanical hell until you reach a new area. Stacked corpses, empty shells and strange phallic-shaped columns invite you to solve a new puzzle: using another terminal you have to move other containers, while in the background you begin to hear ominous music. This is where you get the main one game weapon, a disgusting organic rifle that currently has no bullets, but which can forcefully stretch its tip. At the beginning it is only used to hit and eliminate flying beings that block the path with their gas, but it is evident that later in the game the weapon will be used both to interact with the environment and to eliminate more dangerous enemies.

What remains to be understood is how much the experience will change when Scorn begins to introduce deadly monsters and other weapons to defend himself with: the development team has emphasized how the game is absolutely not a shooter, but in the latest trailer it is seen the character reload the weapon with ammunition, and large alien creatures chasing and assaulting him.

From what we’ve seen and experienced so far, Scorn leaves its mark just the way it does torments the player and tortures him both physically and mentally, throwing him completely naked in a prison where everything is sadistic, hostile and grotesque.

Scorn’s first hour was as repulsive and disturbing as expected. The trailers and development diaries had prepared us for extreme body horror and the macabre and creepy game world, where flesh and metal intertwine and mix in a surreal way. What has surprised instead is the total absence of traditional enemies and the focus on environmental puzzles, with puzzles that will hopefully be as elaborate and disturbing as those encountered at the beginning of the game. It sure takes stomach to advance into the biomechanical hell created by Ebb Software, but in the midst of a flood of horror games all too similar to each other, Scorn promises to be a disturbing and welcome novelty.

Scorn, we tried the macabre horror for PC and Xbox