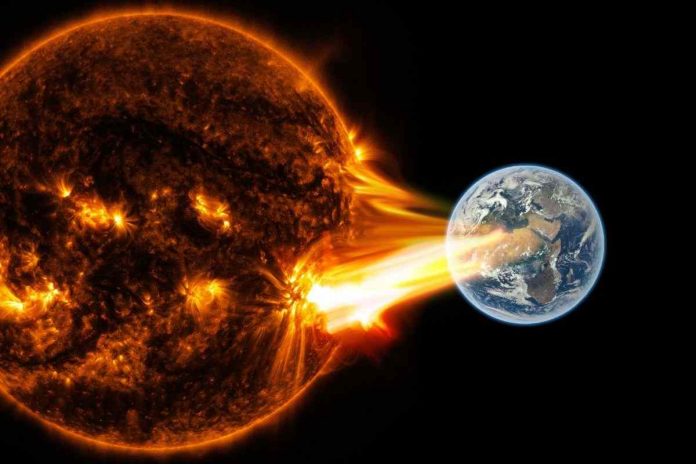 Beware, a solar storm is coming and many are wondering what will happen on Earth on Sunday 8 May. Here’s what to expect.

The Sun continues to record a series of eruptions and flares which inevitably arouse much interest. Here is the latest information available on this and what could happen next Sunday.

Starting from social networks, passing through e-mails, up to instant messaging apps, there are so many services available to us, thanks to which we can to communicate with anyone, anytime, anywhere. At the same time there are many devices at our disposal, many of which need, for example, one connection to the internet and of course electric energy.

Many of the tools at our disposal, therefore, cannot work in full autonomy. Precisely in this context, the risk of having to deal with an imminent one cannot fail to cause concern solar storm which could cause numerous problems, especially from a communications point of view. Many therefore ask themselves what could happen on Earth on Sunday 8 May 2022. So let’s go into the details and see what to expect.

Solar storm coming, what can happen on earth on Sunday 8 May: everything you need to know

In the past we have already focused on the possibility that a large solar storm could cause a global blackout of the internet network. This is due to the vulnerability of repeaters used in submarine cables.

A mere hypothesis, it should be emphasized, with the probability that a solar storm of this magnitude will occur in the next few years particularly low, ie from 1.6 to 12%. Still in this context, however, the news of a recent radio blackout to flight instruments and to various communication systems that has affected some areas of our planet.

Precisely in this context, in fact, it will be interesting to know that over the last two weeks, NASA scientists have recorded on the solar surface several high intensity explosions and flares which caused radio blackouts and the interruption of GPS connections in various areas of the planet.

Solar storm coming, what can happen on earth on Sunday 8 May: the latest observations

If all this were not enough, according to the latest observations, it seems that another solar storm is on the way. The latter is scheduled for Sunday 8 May and for this there are many who want to know what to expect and especially if there is any reason to worry.

Well, fortunately the consequences of the solar storm will be temporary and of no concern. As pointed out in a Twitter post by NASA astrophysicist Tamitha Skov, however, it is good to know that some blackout in radio communications or problems in GPS reception. Temporary problems which, as already mentioned, should not be of particular concern.

Eye Candy for the Soul! Our #Sun fires up this week with two X-flare players. In the last 48 hours we’ve had 6 big flares plus an Earth-directed stealthy #solarstorm launch. Expect continued radio #blackouts on Earth’s dayside, #GPS reception issues & chance for #aurora May 8! pic.twitter.com/nPadzeji2A

Solar storm coming, beware: what can happen on earth on Sunday 8 May


You can find our social media profiles here , as well as other pages on related topics here.https://prress.com/related-pages/