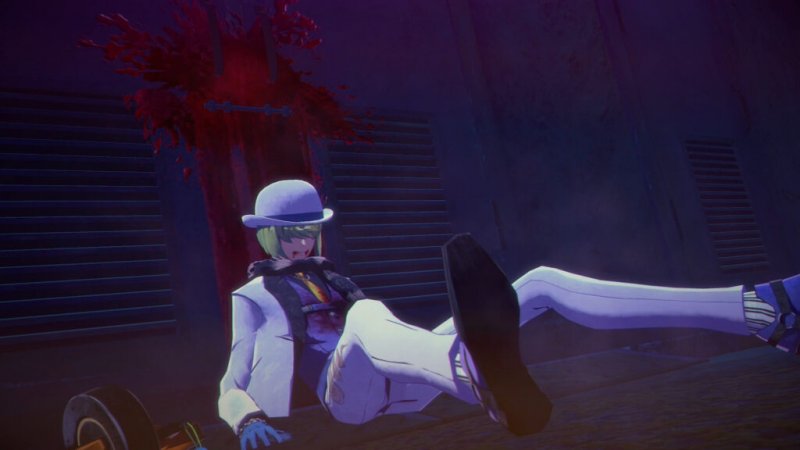 In these first hours of the game, we have glimpsed in Soul Hackers 2 all the potential to be loved by those who do not own Nintendo Switch and have been orphaned of its exclusive Shin Megami Tensei V, and also from those who are eagerly waiting for the next – and still far away – Person. Soul Hackers 2, however, does not want to be just the meeting point between the two beloved brands of Atlus. In the soft character design and bright colors we saw the spiritual heir of Tokyo Mirage Sessions #FEwhich makes perfect sense since the same captains are at the helm, but we wondered to what extent this new JRPG will succeed in establishing its presence in a market that is also beginning to be too crowded.

In our new tried of Soul Hackers 2 we explain what we liked and what we didn’t like in these first five hours of gameplay.

Stories of blood and demons

It being understood that Soul Hackers is the sequel to a ’97 game which in turn was the second episode in a Shin Megami Tensei spin-off series, it’s pretty clear that you won’t need to have played any Devil Summoner to understand the story and, in fact, Atlus has emancipated the title to avoid misunderstandings and confusions. The first thing that strikes you, however, is the brutality of the narrative, which after an eccentric start leads to a real war between seven of summoners who shoot each other in the head, stab each other and, in general, die in lakes of blood.

In this futuristic world, the artificial intelligence known as Aion has predicted the end of the world and has sent Ringo and Figue, two girls who are his avatars, to rescue some critically important individuals. When Ringo finds the first of them dead dead, he decides to resurrect him by hacking his soul, like literally. We told you that the history she was eccentric.

In the first hours of the game, Ringo assembles a team of summoners to stop the Phantom Circle, a sect that intends to destroy the world with the power of the Alliance, a kind of divine gift that has split into five individuals and that Iron mask, the leader of the Circle, intends to reunite to acquire unprecedented powers. In short, we know the goal, but getting there could be a problem because: Arrow, the protagonist, is a member of Yatagarasu who is in open war with the Circle; Milady, the other protagonist, is the ex-lover (sic!) Of Iron Mask and therefore she is torn because she wants to make him dry a little and she wants to kill The Arrow a little bit; Saizo, on the other hand, is a neutral summoner who, however, would prefer to stay alive for a while longer, and therefore helps Ringo and acts as a peacemaker on the team.

Unlike Persona, the protagonists in Soul Hackers 2 are adults and they face the danger with a more dramatic and concrete perspective, but we cannot say that their characterization stands out immediately.

It is clear, however, that there is still a lot of background to be discovered about them and the labyrinth called Matrix of the soul it serves above all to this, as well as to lengthen the game in and of itself. The Matrix is ​​vaguely reminiscent of Persona 3’s Tartarus; it is in fact a very long dungeon with several floors that we can explore whenever we want. It is divided into three macro-zones, which represent the memories of the three protagonists and which will allow us to get to know them better, if we have sufficiently increased the parameter of theharmony, an individual value that changes by answering certain questions correctly in dialogues or by participating in social events, for example drinking in company. To the Matrix of the soul, in short, we return from time to time between a dungeon of the story and the other to better understand the motivations of Arrow, Milady and Saizu, and to enhance the characters by fighting enemies at full speed.

As you may have guessed, the plot is closer to Persona than to Shin Megami Tensei: in the second, the narrative leaves more and more space to the gameplay and the role-playing component, while the Personas tend to be a little wordy, although it is part of their charm. . Soul Hackers 2 would seem to risk a compromise: it’s still a bit wordy, like practically all Japanese RPGs, after all, but fiction and characters they appear better defined right away and genuinely intrigue the player.

The fact that Soul Hackers 2 insists on characters not to look like mere gameplay tools is quite significant. The four protagonists wield different weapons – also known as COMP – which deal physical damage, while the demons attached to each summoner bestow the traditional elemental spells of the Atlus games, such as Agi, Uncle, Bufu and so on. The Press Turn system, however, works a little differently here.

The foundations are the same. Each enemy is vulnerable to one or more elements, but does not lose turns like in Persona and Shin Megami Tensei: here, however, each correctly exploited vulnerability improves a combo and, at the end of the player’s turn, Ringo automatically launches an attack against all enemies – pretty much the equivalent of Persona’s All-out Attack, but that’s where it’s called Sabbath – which deals damage based on the number of exploited vulnerabilities.

Even the enemies can exploit the vulnerabilities of our characters but they can not make us lose turns as happened, for better or worse, in Persona and in Shin Megami Tensei V, so the player in some ways has an advantage, but he must not underestimate anyway. vulnerability and resistance: in Soul Hackers 2, in fact, we decide the demons of the whole team, and when we “equip” a demon to a certain character, we influence the values ​​of the latter. The management component is therefore a hair more important than in Persona 5, in which every character except Joker was linked to a single Persona, or Shin Megami Tensei V himself, in which the mechanism was identical but only valid for the Nahobino.

As we said, the combat system is much more focused on the characters, and already in the early hours you learn to micromanage multiple aspects of customization, from the rare Magigioielli, which affect certain parameters, to COMP weapon modifiers, which cost yen and materials dropped by monsters and improve or change your stats and abilities. The skills that the characters learn by exploring the Matrix of the soul also allow them to be better defined on a role-playing level, and consequently open Ringo to a certain margin of further customization thanks to the so-called Commander skill which strongly influence the gameplay, allowing, for example, to change the demons of teammates during the battle.

Coming to the demons, fans of the Atlus series will find their favorite mythological figures, including the inevitable Jack Frost, but there are some completely unpublished from the very first bars that at least renew the Grimoire a little. Of course there is Merger here too: it is done at Cirque du Goumaden, and it works practically the same way as always, but there is also a kind of mini search engine that helps to find better certain combinations based on the selected parameters.

We are playing Soul Hackers 2 on PlayStation 5 and although it is a cross-gen title, it must be said that the cleanliness of the image has struck us: Atlus is working more and more on the cel shading, a look that lends itself perfectly to character design and anime-style narrative, and the new RPG at times really looks like an animated production for TV, either for the most refined cut of the direction, or for the level of definition and detail of environments and characters. This is especially noticeable in the districts of the city, and in the so-called Kingdoms, which are areas of smaller dimensions but very rich in details. You will visit them continuously to access the shops or continue in the many side missions that will make you spin like a top around the city and the dungeons you have already visited.

The game so far has proved to be very fluid on the next generation Sony console, but some choices leave us perplexed, for example the position of the camera during the exploration, which can be slightly moved but maintains an unusual and not particularly comfortable angle, especially because in the dungeons you have to react to the presence of the enemies that appear out of nowhere a few steps away from us: Ringo can hit them with the COMP and stun them to take time or attack with a head start, but rare and stronger enemies can only be knocked back, and it’s not easy to run away with the camera rowing at us.

Speaking of exploration, we appreciated some more original ideas than usual – for example, the fact that our demons scatter around the map in search of treasures and then actually act as … chests, when we meet them – and the return of some dynamics seen in Shin Megami Tensei V. Some demonsthey will, say, be recruited in the field at the cost of consumables or yen, but there seems to be no real method of recruiting them during or after combat. Another element that convinced us little is the floor plan of the dungeonwhich are intricate combinations of corridors and dead ends that are very old school, and may please the nostalgic, but which certainly represent a monotonous step back from what we saw in Persona 5 and, in part, Shin Megami Tensei V.

After all, Soul Hackers 2 would seem to be just that: a middle ground between the two games, not only in terms of narrative, but also of gameplay: and considering that Shin Megami Tensei is the original branch, and the more conservative one, while Persona is the spin-off more open to experimentation, balance makes sense. Now we just need to understand how strong his identity is. From this point of view, the new Atlus proposal should be able to satisfy anyone who loves the combat system Press Turn and the underlying esoteric themes.

The first few hours spent in the company of Ringo and his demon summoners have left us with a good impression, but an underlying déjà vu persists that is difficult to shake off. Several aspects of the new Atlus JRPG remain to be verified, starting with the balance of difficulty, which for many veterans is an essential aspect, to the success of this compromise between Shin Megami Tensei V and Persona 5 that Eiji Ishida and Mitsuru Hirata have sought at all. costs, adding a pinch of their quirky Tokyo Mirage Sessions #FE.