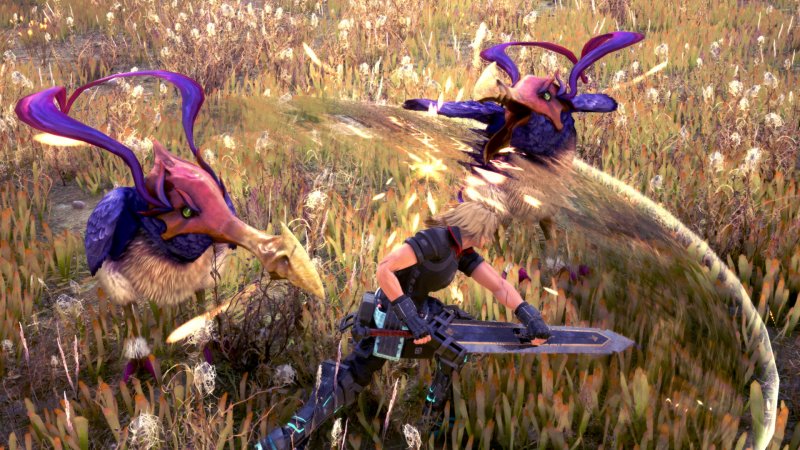 During the Square Plays in London we were able to try Star Ocean: the Divine Force, a graphically backward game, but which has a lot to offer in everything else.

THE Tri-Ace they are a particular team to say the least: clearly supporters of the “gameplay first” philosophy, for a long time now they have been known for creating valid titles in systems, but far from the technical sector that one would expect from high-level productions. However, the lack of evolution of this eclectic team of developers has not prevented them from collaborating several times with Square Enix and to carry on, in a very fluctuating way, one of his most famous series of JRPG. We are obviously talking about the Star Ocean, a sci-fi saga clearly inspired by Star Trek, which over the years has been able to stand out as well as disappoint its fanbase.

The last chapter of the series, Star Ocean: the Divine Force, is now in the pipeline and we were able to try it in London during the event Square Plays. Waiting for the demo to become available to everyone, therefore, today we will try to analyze what we have seen. And be careful, because if on the one hand the technical shortcomings of the Tri-Ace are once again crystal clear, on the other hand there seem to have been multiple evolutions, despite the elements that are still unknown for sure. Let’s find out in ours trial of Star Ocean: the Divine Force.

A soup of fantasy and sci fi

We played the demo as Raymond, a beefy space merchant whose ship is forced into an emergency landing on an unknown planet due to an attack. When we talked about influences from Star Trek we weren’t kidding, as the assault would seem orchestrated by the Pangalactic Federation, an initially charitable organization that has turned into an expansionist empire in recent decades. Lost on a planet on the list of “developing worlds” still far from the technology needed for space travel, Raymond meets the princess Laeticiawho noticing his “alien” abilities asks him for help to repel the assault of the aggressive neighboring kingdom.

As you may have noticed, overall the premise of Star Ocean: the Divine Force is a mix of fantasy and science fiction rather solid, which carries on two parallel conflicts: on the one hand the one in which Raymond is involved by the young princess, and on the other the one with the Pangalactic Federation, which we do not doubt will reappear during the campaign. Impossible at the moment to evaluate the overall quality of the story, we are aware of it, however solid foundations usually lead to a respectable narrative, so we remain quite confident. Let’s just hope that everything is carried out with discrete criteria, without getting lost in the usual formulas typical of more dispersive JRPG, often rich in fillers and expedients to lengthen the broth.

Our tried (which is rather massive in terms of content), has at least allowed us to try not only the prologue of the game, but also a good chunk of the subsequent quests. We have therefore been able to test the fundamental mechanics of the combat and movement system of this new Star Ocean quite thoroughly, which once again seem to be the focus of the experience. Tri-Ace’s work also managed to surprise us from this point of view, because what appears to be a very limited action JRPG from the first minutes of testing, turns quite suddenly into something more elaborate as soon as a very important drone named DUMA is reached. .

To fly, but also to lead

The DUMA is the centerpiece of the gameplay of Star Ocean: the Divine Force, also because, deprived of the drone, the game mechanics are actually extremely basic The underlying system is in fact built on three possible combos, each assigned to an attack button. These combinations are customizable with various skills (which require action points of a bar and are not abusable), so it is useful to insert techniques with specific functions between the shots to ensure that you always have multiple options in battle; however, if you choose to keep the keys pressed, you can perform one alternative action, which is usually useful to assign an object. Overall this is a gimmick that makes the battles a little more “active” than most of the JRPGs in circulation, but functionally the differences are really marginal compared to more classic titles.

Once you get your hands on the drone, however, everything changes: the DUMA allows you to perform fast approaches in the air, and is the core of the game’s defensive mechanics. Keeping it activated creates a protective barrier and if you change direction during the sprint approach you will perform sudden dodges that can take the enemy by surprise and increase the damage dealt. If that wasn’t enough, the DUMA is essential against enemies of enormous size, because combined with targeting it makes it possible to carry out attacks in the air in their raised weak points (the head of a giant golem, to give a practical example). Considering that all these possibilities are linked to an energy bar that recharges rather quickly, and in the game it is possible to change characters at any time – up to four usable at the same time – the variety is certainly not lacking. Already after a few minutes, in fact, it becomes second nature to move at wind speed around the field, or to brutally assault groups of opponents, or to activate barriers and heals on one’s teammates (yes, there are obviously also magical and support among the characters available in the game). The only complaint? There difficulty she felt really short to us, and never a single time in the demo did we even remotely risk losing a member of the band. The level of challenge at greater difficulty or against more difficult opponents will be evaluated in more detail in the future.

The white talking drone protagonist of the fights also plays a central role during exploration, moreover. It is in fact possible to use the DUMA to take flight while wandering around the maps and glide gracefully from one place to another without difficulty. This gimmick tends to make navigation very fast, despite the locations being fairly extensive, and we hope that it will also be used in generally more complex locations (or perhaps more linear dungeons) in a creative way.

Not great instead the technical sector, predictably … The Divine Force doesn’t look like a modern title, due to not particularly detailed three-dimensional models, certain grainy textures that sent a shiver down our spine, and a graphic impact that is generally far removed from. excellence. If nothing else, everything felt very fluid to us during the test; it is already something.

While technically it leaves a lot to be desired, Star Ocean: the Divine Force has teased us a lot, thanks to the rapid exploration of the maps and the interesting combat mechanics related to the DUMA drone. Moreover, it seems that there are several other systems to be unlocked in the full game, which could make this already pleasant combat system even more valid. If the narrative and the structure of the campaign were to take the same blow, we could have one of the best works of Tri-Ace on our hands. We just have to wait to see if this is actually the case.