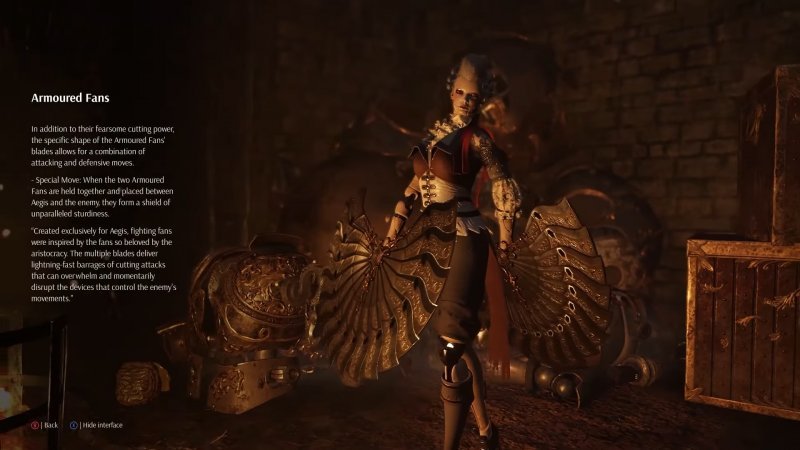 The prolific and talented French team Spiders is back on the scene with Steelrising: a naked and raw souls-like. Let’s find out how it went in our review.

When it comes to Spiders and the history of the French development team is easy to risk falling into banality, discussing how limited the titles have been developed over the course of almost fifteen years. The reality is that, net of obvious deficiencies on the gameplay front, the adventures imagined and created by the team have generated several more than interesting products. GreedFall itself, a classic action RPG, but well written and discreetly staged, has led many of us to hope for a substantial step forward, almost that of consecration.

Steelrising: the team’s latest effort, thrives on lights and large shadows. Launching into the fray in souls-like is never easy for anyone, even more so if the structural problems of the team concern precisely those aspects that totally change the perception of the goodness of the genre in the player.

Let’s find out which ones in the Steelrising review.

The revolution that is not

Paris, 1789. The Storming of the Bastille never happened and King Louis can now count on an army of automatons that are cornering the city. The people do not pour into the streets. The fire of indignation does not flare up and there French Revolution, the most important in Western history, is fading under the watchful eyes of Queen Marie Antoinette. In this particular relaxed atmosphere we will be called to impersonate Aegis, an automaton with feminine features, employed as the queen’s personal guard and sent by herself to track down and stop her now totally insane husband.

These are the premises of Steelrising, which opens in front of the player with an imaginary that skilfully mixes different styles and which highlights, once again, the best peculiarities of Spiders. It is right on narrative part and world building that Steelrising gives its best.

Don’t get us wrong: we are certainly not talking about a title with an extraordinary cinematic cut or full of dialogues that will remain in the common imagination. The fact remains that the general quality of writing and the key elements of a good story are all there, sometimes watered down, others a little phoned, but never really unable to hit the mark.

Living the story of Aegis, of her own awareness as a being and of the search for her own place in the world, make her a splendid metaphor of what that fundamental point of our history has meant. In the background a splendid Paris of the late eighteenth centurythe story of Steelrising has convinced us for most of the twenty hours it takes to conclude the campaign, including a good amount of secondary tasks.

To the excellent narrative component it is impossible not to combine an examination of the gameplay. Steelrising is a souls-like through and through. Consequently, the usual characteristics of the genre are there ready to torment, but also to stimulate, the player as has been the case for more than a decade. The collection of experience that can be lost with each death, the search for new resting spots to recharge one’s resources, but also the enemies of the area, the growth based on points to be spent on one of the six features made available to the player and so on, following it stereotype classic of the genre. We are talking about an approach so repeated in the recent past that it becomes almost difficult to analyze it without perceiving a constant feeling of dejavù.

Unfortunately, the ghosts of Spiders immediately return to peep out, designing a game with very strong pad problems. At the beginning of the adventure you will be able to choose between four different classes, each with an initial focus on two of the six characteristic points present and involving a specific type of weapon already supplied. It is on these aspects that the entire combat system begins to creak, giving space to the ghosts of a talented team, but approximate on too many fronts.

The animations of Aegis are unclear and difficult to interpret, often too long and the offspring of a badly done hitbox cleaning job. Certainly this changes and amplifies or fades according to the type of weapon chosen, passing from the lighter ones capable of having a decent feedback, but then inexorably falling on heavy weapons that have no sense of existing. Forget the chance to stage a real tank class. The relationship between the damage generated and the risk of those that can be suffered makes it damn unfair.

As if that weren’t enough stamina management it is initially very punitive. Once the bar is exhausted, in fact, Aegis will overheat, with the result of being able to only walk for several moments before being able to carry out any other action, leaving it at the mercy of the opponents. It is true that it is possible to recover an immediate portion by pressing one of the front keys – along the lines of what happens with the NiOh Ki Rhythm – but the system is not very balanced, also in relation to the damage that is suffered.

On the contrary, when you start dealing with Weapons – even more so if elemental, but we will get there shortly – the story changes totally, putting us in front of situations that are too facilitated, which often greatly simplify the progress. With a little familiarity, taking advantage of Aegis’ agility and the tools that the game offers, almost no situation is really difficult, except for a handful of main bosses who tend to exploit some resistance too much to increase in a artificial difficulty.

We have mentioned the elements, the cornerstone of a system that allows us to exploit frost, fire and electro to generate reactions that block opponents or continue to cause damage over time. All the weapons can be upgraded, as well as the recovery objects similar to the estus of Dark Souls, allowing a progression of the protagonist that helps to face with ever more agility the succession of macro zones that make up the Paris imagined by Spiders.

It is precisely the level design to become the emblem of the schizophrenia of a gameplay that changes in a few seconds, leaving the player to navigate in a limbo of fun and frustration that has left us perplexed, but also cyclically satisfied. Aegis can move between the districts of Paris using the mechanical carriage left with her own creator.

In spite of what usually happens in derivative souls-like such as Steelrising, Aegis can count on a series of three gadgets, including a now increasingly classic grappling hook, useful both in advancement and in combat and which open up new paths and a backtracking that closely resembles the structure of a classic metroidvania. Unfortunately, the level design does not help to distinguish the areas well, just as the many shortcuts inserted by the team to facilitate movement are not always functional, putting the player in the condition of having to take advantage of the compass at stake to easily find the way to follow.

The same goes for the Vestals – the equivalent of “darksoulsian memory” bonfires – which thrive on their in-game positioning. You pass from checkpoints a few hundred meters away to others that require several tens of minutes to be reached and unlocked, obviously with the risk of having to retrace your steps too often. To make forced repetition less frustrating, the management of the elements takes care of it. In fact, each zone tends to be more or less dependent on a specific one of them, giving players suitable defense tools and allowing them to speed up progress by exploiting the weaknesses of the enemies.

We appreciated that in this sense it is impossible to abuse elemental bullets, precisely because they can be recovered on the field or by spending the same souls released by the enemies, so as not to allow the player to exaggerate in their use. On the other hand, however, the use of firearms is independent from the exhaustion of the stamina, putting in the condition to shoot in bursts until generating the reaction sought and desired by the player.

Steelrising is a title that enjoys an art design and a worldbuilding which, we would like to repeat it, highlights the skills of Spiders. The steampunk-like Paris of the game is alive, vibrant, even and above all when you advance through the more rural areas that offer interesting and well-thought-out views. Unfortunately, the whole thing is paired with a general technical level very close to that of the beginning of the last generation, except for a lighting system that represents the real highlight of the game.

L’artificial intelligence of the opponents never stands out in the general calculation, but it is also true that the very structure of a souls-like requires a series of stakes in the routines and aggro of the enemies that it is difficult to overcome. Perhaps we would have liked to have noticed a more interesting positioning of the opponents, which instead seems too thoughtful to surprise the player at the last moment or on the contrary allow him to overcome all the areas without facing practically any confrontation.]


Steelrising could and should have been the consecration of Spiders. Unfortunately the choice, perhaps infamous, to create a souls-like at this point in the history of the genre did not help to reach the goal, bringing the team to a substantial stalemate. The story of Aegis works, the worldbuilding is interesting and multifaceted and the twists, although often phoned with a pinch in advance, make the progression in the plot really interesting, but speaking of a genre so dependent on the technicalities of the gameplay, a bit of everything collapses under the weight of the experience pad in hand. We trust that the French team may have filled their desire for pure action and choose to go back to what they do best: excellent RPG experiences like Greedfall was just a handful of years ago.

Steelrising, the review of the souls-like according to Spiders


Discover our social media profiles , as well as other related pageshttps://prress.com/related-pages/