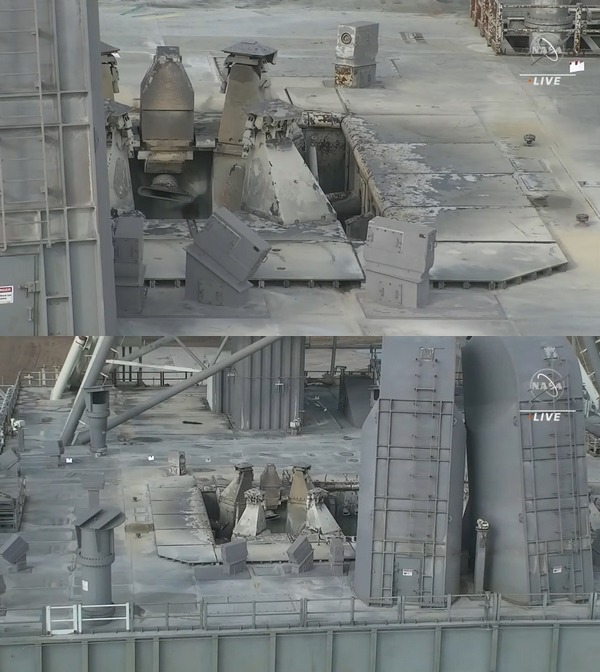 After launch of 16 November 2022the Artemis I mission is proceeding as expected, with the Orion capsule that performed in the past few hours the flyby of the moon to take advantage of the satellite’s gravitational pull and thus enter a retrograde orbit that will take it up to about 65,000 km away, further than ever done by the Apollo missions. There NASA provides an updated tool to follow the journey live (through telemetry-based digital graphics).

In the past few hours they have also been released some high resolution videos caught both during the launch of the large NASA SLS rocket both of the spacecraft while it was already near the moon. Recall that receiving a signal of this type from that distance is still complex despite the new technologies and the potential of the Deep Space Network. The agency therefore provides high-definition videos not live but after a few hours or days, allowing you to download and subsequently upload them on the platforms social or in public archives. Here are the latest news on Artemis I mission.

The latest on the Orion spacecraft and the Artemis I mission

During a conference held in the past few hours, some additional information was provided on the launch and on the results obtained so far, as well as on its continuation. As reported the launch from NASA SLS managed to have a deviation from the ideal trajectory of only 0.3% (a very good result equal to 3 nautical miles or 5.5 km). There was however some damage to the Mobile Launch Platformthe mobile launch platform that allows both the assembly of the rocket inside the VAB and its actual launch.

For example the doors of the lifts integrated into the Mobile Launch Platform they were uprooted by the departure of NASA SLS. Some pipes were also damaged while other minor damage to the structure should be repaired by the launch of Artemis II (planned for 2024). Mike Sarafin he said about it “Mobile Launcher has some damage, but will be ready for Artemis II”. After all, it was a question of withstanding the 4 million kg of thrust generated by the boosters and the four RS-25 engines. 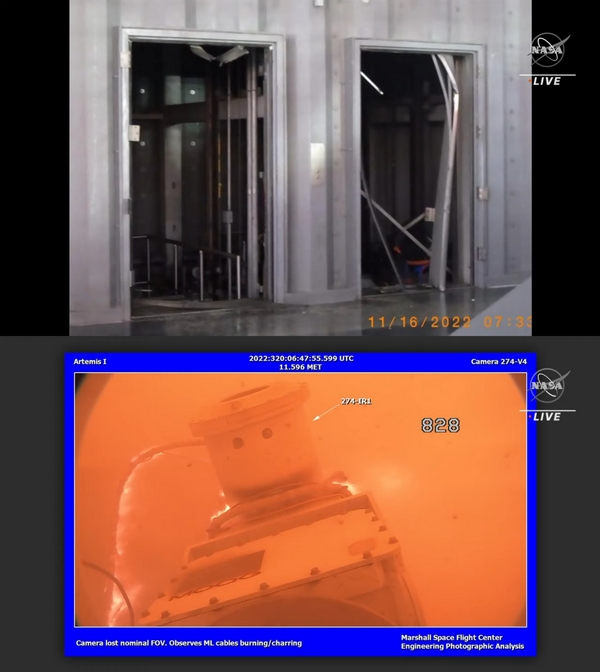 According to some rumors, however, the damage would be greater than estimated. Currently some inspections should be underway to check how serious they are and the timing of repairs. Eric Berger (of ArsTechnica) wrote that “now sources say that yes, the tower of Launch Complex-39B was damaged during the launch of Artemis I on Wednesday morning. Basically, there were losses and damages where there shouldn’t have been losses and damages. All this is not confirmed yet “. Partly an independent view of the launch tower was prevented by the NASA as videos and images from journalists and photographers have been banned due to an ITAR (International Traffic in Arms Regulations). 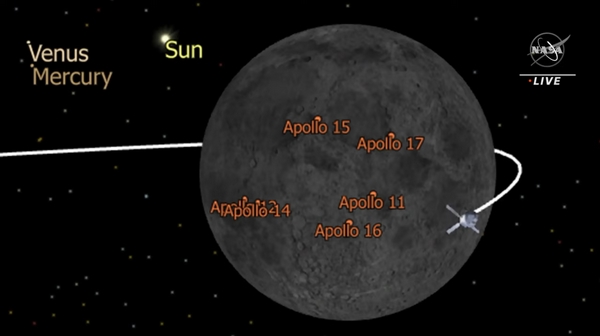 Howard Hu (head of management of Orion) then declared that the capsule does not currently show signs of impacts with micrometeorites allowing a safe return to Earth. Good news for future manned launches. Judd Frieling (flight director) also added that in the future flyby of Orion on the way back, expected for December 5, there should be the possibility of flying over the areas of the Apollo mission landings which were in shadow during the previous flyby.

As for i cubesat, EQUULEUS is proceeding with its mission as planned as well as ArgoMoon and BioSentinel. OMOTENASHI on the other hand failed to perform the maneuver correctly and is considered “lost”. We are only at the beginning of Artemis missions and, if all goes as planned, the human being will be able to set foot on the moon in 2025 (although there is some skepticism about this date). However, these are missions that will not be aimed only at collecting some samples but missions that will allow human beings to establish permanent activities on our satellite.

Continuous updates in
our article on the best offers Black Friday Week Amazon! New offers every day up to 50% real!
See them all.

Gift ideas, why waste time and risk making a mistake?

GIVE AN AMAZON COUPON!

The latest news from the Artemis I mission: new high-definition images and videos