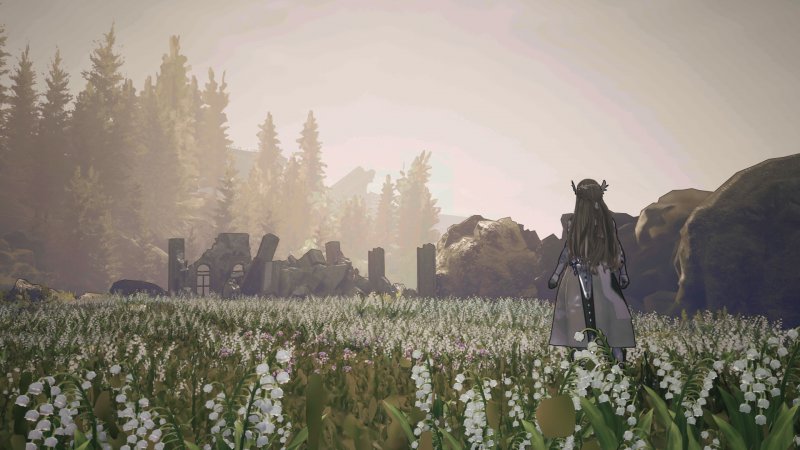 At the Square Plays in London there were many games available and we took the opportunity to try the demo of Valkyrie Elysium, the long-awaited return of the JRPG series.

It is undeniable that Square Enix has at its disposal some of the most prestigious teams and intellectual properties in circulation, yet in the last decade the Japanese giant has adopted a bipolar action plan with regard to its titles. The publisher is, after all, a constantly active forge of games, but alongside the superproductions of the main software houses, it combines a mass of minor games, which try to make their own by focusing more on ideas than on productive values ​​(also because the investments behind these projects are anything but exceptional). Sometimes, then, in this group of “low-cost experiments” even historically important names in the panorama are thrown without too many considerations, which could plausibly recapture a respectable community with the right support. It had happened in the past with titles like Nier (now a cult medium, as well as a lucrative series for Square Enix), and it seems to happen today with Valkyrie too: a saga of JRPG with immense potential, never really able to complete. its original plan to be an epic trilogy.

At the announcement of Valkyrie Elysium, therefore, the ears of most of the historical fans of Valkyrire Profile have pricked up in the hope of seeing a real third chapter, or at least at least a project curated as at the levels of a Nier Automata. The first trailers, on the other hand, hinted at a video game with very few resources behind it, clearly done more with the heart than with the money. With the demo now publicly available and also present at the Square Plays event in London, we have therefore decided to try Valkyrie Elysium to understand whether or not the team’s passion was able to overcome the limitations of the means; the impressions of our tried? Significantly higher than initial expectations.

Elysium doesn’t actually share the director with Profile, and is led by Takahiro Kondo who – to the chagrin of many fans – has already specified how his game is designed to be a restart from the series and therefore detaches itself from the events of Lenneth and company to offer a completely different story, set in the middle of Ragnarock and the conflict between Odin and the wolf Fenrir. Indeed, Kondo’s statements are quite suspicious: in the trailers it seems to appear a character that many have identified with the Valkyrie Hrist <(character well known to fans), and it is also curious that the protagonist is not in any way identified during the demo at our disposal, so much so that it is simply called by its title. Let's be clear, we actually believe that Valkyrie Elysium will have an entirely new storyline, but it would not surprise us if the team working on the project (in which there are undoubtedly the developers of the originals) had found some abstruse way to reconnect its latest. child to the saga.

Returning to the demo, this was therefore markedly focused on gameplay, and designed to introduce old and new players to a system that is actually completely renewed compared to the one seen in Profile. To begin with, in fact, Elysium is a 3D title with a view behind the protagonist, whose gameplay is not only markedly more action, but also potentially more elaborate. The Valkyrie under your control is here a mighty warrior capable of using weapons of all kinds and changing them gracefully during battles: doing so completely modifies the moveset in attack, and each of these offensive tools is tied to specifics. strengths and weaknesses of the enemiestherefore, one is led to experiment with various ones regardless of one’s preferences.

Weaknesses, however, are not exclusively related to weapons, as the Valkyrie also has some elemental arts, the use of which can greatly speed up the elimination of some enemies particularly vulnerable to this or that effect. Although it is therefore quite easy to see the best elements to be exploited at any time (the elemental affinity of each enemy seems to be conveniently indicated in their life point bar), the fact that there are two different factors to be taken into consideration as regards the resistances improves everything and we expect it to create combinations and tactics of a certain complexity with the most powerful (or numerous) enemies in the game.

Attention then, because the system does not end there. In fact, also in Valkyrie Elysium you have the Einherjar, spirits of valiant warriors in the service of your shiny armored counterpart. However, their operation is rather particular, since if evoked – from a menu which is practically identical to that of the abilities described above – they not only begin to help you in battle, massacring the enemies until their total elimination, but also load the weapon equipped in that moment from the Valkyrie with their assigned element, amplifying even all the elemental arts of that type significantly. Considering that it is possible to evoke more than one at the same time (the element of the last one on the field is always maintained), it is plausible that at advanced play it will be seriously necessary to use them with cunning to dominate the most demanding phases; a possibility that teases us a lot.

What has already been described surprised us, because, to say it all, from the first presentations Elysium seemed a much more rosy video game. Yet the additional elements to be taken into consideration in his systems are not few: the Valkyrie, for example, can make use of a sort of energy grapple both in battle and during exploration, essential for quickly approaching mobile opponents or reaching elevated areas with hidden treasures.

It is difficult to assess how much the presence of this mechanic will positively influence the map design, given that in the demo we tested it we used it very little and it is not possible to get an idea of ​​such an important element from a few hours of testing; one of the main effects of the grappling hook on gameplay, however, seemed immediately evident to us. Let’s talk aboutartificial intelligence, which in Elysium not only looks discreetly aggressive, but also constantly shifts during a fight. Already in the demo we have seen liveworms and archers with a tendency to suddenly jump away and strike from a distance, which force us to use this type of approach or charge skills; it is a good sign, because it means that the developers have managed the behavioral patterns of the enemies around every single skill available to the blonde protagonist, and not only calculating the primary elements of the combat system. Finally, there is also one progression multi-level with additional abilities and passive bonuses – divided into attack, defensive or movement powers – but it’s really too early to properly assess this factor.

In short, the gameplay left us more than satisfied, and even the not very difficult boss – a huge fly weak to the sacred element – amused us, leaving us good expectations for future ones. The only unconvincing element? The technical sector, which goes back to the non-exceptional production values ​​we talked about at the beginning of the piece. Valkyrie Elysium, in fact, is a really weird work from a graphic point of view: on the one hand the character models seemed well detailed and artistically inspired, but the team chose for some strange reason (perhaps to make the animations more evident during the battles or clearer the general layout) to outline everything with dry edges that clash terribly with the overall look. If you add to this choice not exactly stratospheric animations and a general detail of the game maps of a few years ago, it becomes difficult to positively evaluate the visual impact overall. Well, never mind; if nothing else the gameplay seems to be able to close both eyes on the technical shortcomings.

Despite its obvious technical limitations, Valkyrie Elysium seemed to us a solid title from a gameplay point of view, and equipped with a layered and calculated system properly. If the mechanics were to grow properly during the campaign, and the narrative to be up to the Profile, we could have an unexpected pearl on our hands. Sure, if that were the case, Square Enix’s little support for the project would annoy even more, but let’s focus on the fact that at least one more Valkyrie is on the way.

Valkyrie Elysium: We experienced the eagerly awaited return of the Square Enix series to London


Visit our social media accounts along with other pages related to themhttps://prress.com/related-pages/