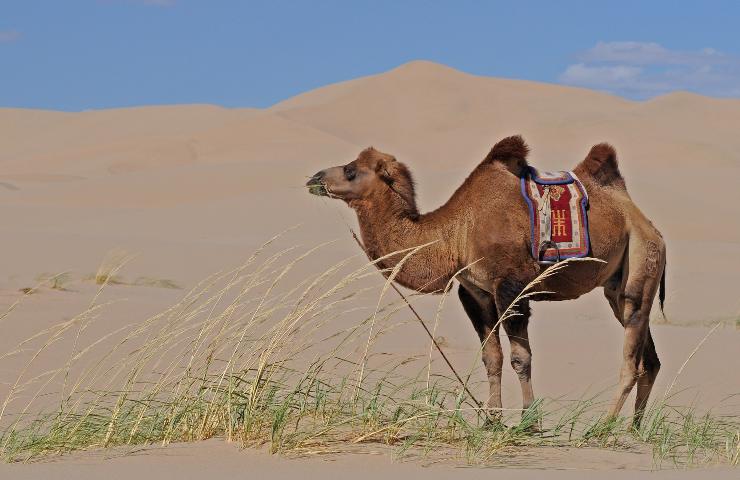 Have you ever wondered what camel humps contain? Well, if you’re thinking about water, that’s wrong. Let’s find out the secret of these fascinating animals.

Many of us mistakenly think that there is inside the camel’s humps a water reservein fact, it is not. Since these animals live perpetually in the desert, they are used to enduring long periods of time without food or water. For this reason, it is easily conceivable that their humps act as reservoirs of water to be used when needed.

Furthermore, the camel is able to drink very large quantities of water, it can even drink it up to 150 liters in one go, and in a few minutes. However, it has been discovered over the years that camels do not contain water inside their humps fat. A second idea, therefore, was that the accumulated fat was used for the self-production of water. But it is really possible produce water from fat?

The secret of the camel, what it contains inside the humps

Can the animal produce water from the fat? The answer is yes, and this type of water is called metabolic water. Water, as we know, is formed by the H2O molecule, that is, two hydrogen atoms and one oxygen atom. The fatty acids that make up fat, on the other hand, are long molecular chains of carbon to which hydrogen is attached. Therefore, in the fat, there is a large amount of hydrogen that can be used to produce water.

YOU MAY ALSO BE INTERESTED → You spot in space “two ships flying in the sky”. NASA and ESA show PHOTOS

However, another fundamental ingredient remains, namely, oxygen? The latter can be easily found from the air, simply by breathing. In reality, however, according to some further discoveries, the fat accumulated by camels inside the humps is not enough to self-produce water, since much of that fat is used as energy reserve for long periods of food shortages.

At this point the question remains, how do camels get water to carry out their vital functions? As already mentioned, camels are able to drink large quantities of water, but this still does not justify their reserves. Well, they succeed for two reasons. The first is that they are great at tolerate dehydration. The camel, in fact, can lose up to 30-40% of its weight, in the form of water, and despite this it can still walk under the sun in the desert.

YOU MAY ALSO BE INTERESTED → Chicken, can it be cooked by slapping it? Experts say yes

The second reason is because they are great at maintaining water supplies, for example urinating very little, and when they do, they produce super-concentrated urine. Finally, there is one last reason, they are very good at resist heat and to do so they need neither sweat nor pant. By saving on these last two activities, they avoid wasting water. So how do they cool down? They wait for the night, when the temperatures in the desert drop.

What’s inside the camel’s humps? Spoiler, not water