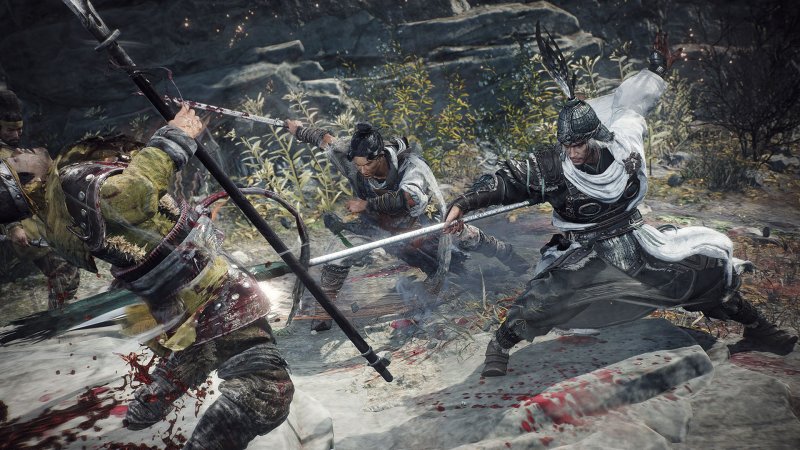 At the Tokyo Game Show 2022 we finally tried Wo Long: Fallen Dynasty, an action game from the authors of Nioh set in the China of the Three Kingdoms.

A few weeks ago, at Gamescom in Cologne, the developers of Team Ninja promised that the Tokyo Game Show 2022 would be the perfect opportunity to try Wo Long: Fallen Dynasty, the new action game developed by the studio author of Nioh and heavily influenced by Chinese mythology. The meeting at the German fair gave us a first smattering of the project, presented as a fast, aggressive and acrobatic action, conceptually not too far from a Sekiro: Shadows Die Twice set in ancient China.

The idea was tantalizing, especially if it was embraced by a developer with the Team Ninja portfolio, yet we had to wait for the TGS demo to get a clear idea of ​​what Wo Long: Fallen Dynasty’s approach was and how it would stand out in a sea ​​of ​​games influenced by the soulslike genre. Above all, our test has allowed us to better understand the functioning and the weight of some mechanics so far remained unclear, starting with the Morale system which will represent one of the most characterizing elements of the whole experience.

There Wo Long: Fallen Dynasty demo published on the occasion of TGS 2022 opens with the creation of the character, through an editor that on paper should be an evolution of what Team Ninja has implemented in Nioh 2. At the moment it is impossible to get an idea of ​​how much it will be elaborated, since almost all the customization options are locked, leaving just the freedom to change the gender of the character and choose from a few preset faces.

Having established the appearance of one’s alter-ego, one moves on to a much more important choice, namely the alignment with one of the five elements typical of Chinese culture (earth, wood, metal, water and fire). As if it were a real class, the chosen element determines the basic statistics and the divine beast that can be used at the beginning of the game, it being understood that during the course of the adventure you can model the character to your liking based on the style that most It is preferred.

Starting at the foot of a rocky cliff, crossing a waterfall and exploring a cavern that becomes darker and more infected, the demo of Wo Long: Fallen Dynasty gives a taste of the imagery set up by Team Ninja. In a few minutes you go from facing simple soldiers armed with sabers to gradually more monstrous creatures, including undead, demons, enormous possessed tigers, up to the Commander Zhang Liang, the boss of the area who crushed us with unprecedented violence. Slow only in appearance, Zhang scares the opponent with powerful hand-to-hand blows, and then chases him from distance with a wave of quills, earth tremors and an extending limb. For those who managed to beat him at TGS 2022, Koei Tecmo would have given a celebratory t-shirt; to the losers a sad pin.

Even a short demo like that of Wo Long deserves to be studied calmly, assimilated and studied to try to grasp the possibilities offered by the combat system. We plan to do it calmly in the coming days, as the same demo will be available for free until September 25th. In the meantime, we were able to experiment with the different weapons and divine beasts associated with the five elements, discovering how much the approach to combat, the heaviness and the propensity to attack or defense change depending on the element chosen.

Above all, we have a more concrete idea of ​​the particular Moral system, which affects both the player and the opponents you fight against. By eliminating enemies and conquering new areas, you can increase your Morale level, thus obtaining various advantages in combat. Reached level 10 of Morale, for example, the equipped divine beast gets a particular enhancement (perhaps it increases its attack range, the duration of the summoning or the number of hits inflicted); the same goes for skills and sorceries that can be used if you have reached a certain level of Morale.

The peculiarity of the system lies in the fact that the Morale can go up and down continuously depending on what happens in the game: killing an enemy with a much higher morale level than ours earns many more Morale points, but if it is the player who dies his Morale level will drop, increasing that of the enemy in question (which in turn will become more dangerous). It seems like a system that can easily lead to a strong imbalance (the more you die the more you are at a disadvantage), but the demo shows a big difference in challenge between the enemies you meet: regaining Morale after losing it, therefore, should not be too complicated (and hopefully not too long), but against the most powerful enemies it will be essential to find the right strategy to avoid being killed.

In addition to the Moral system, there will still be a more traditional a system experience levelswhich in order to avoid frustration will still allow you to progress and improve your alter-ego regardless of performance.

Once you play the TGS 2022 Wo Long: Fallen Dynasty demo, you get the feeling that the Team Ninja game still has several arrows in its bow. While not as refined as Sekiro, this action set in ancient China recalls him, in the acrobatics and dances that mark every fight, as well as in the ability to reinterpret myths and folklore (in this case Chinese) to give life to enemies and creatures with a fascinating and disturbing design at the same time.