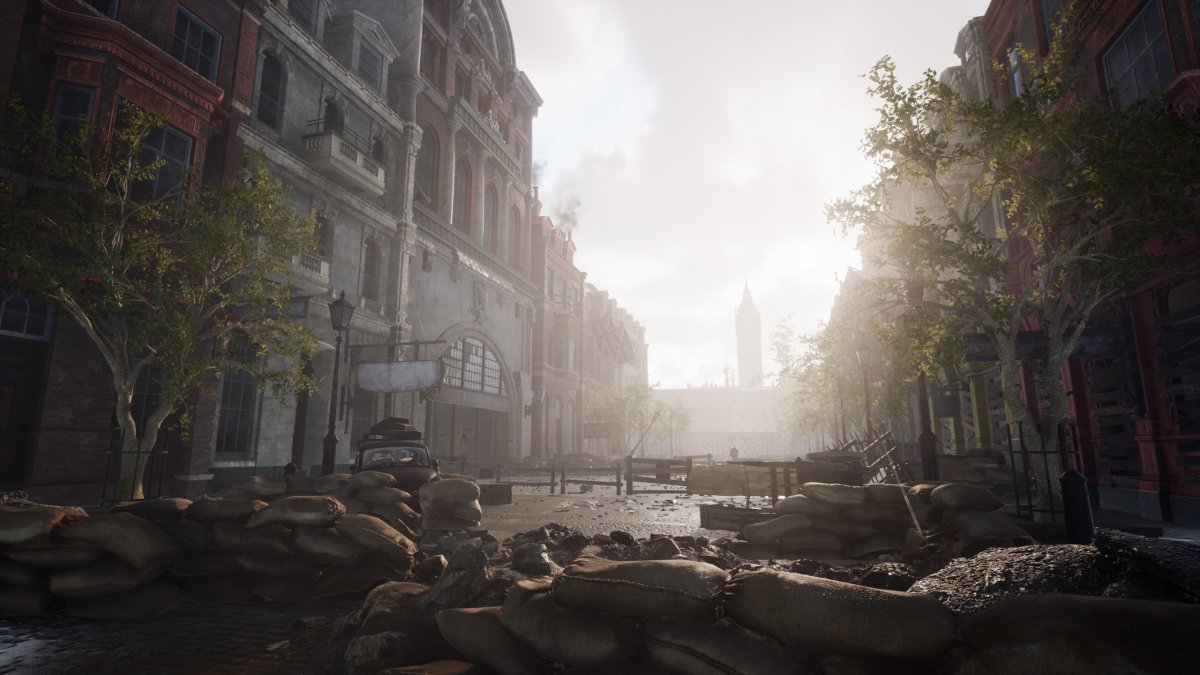 The review of WW2 Rebuilder, a simulator that for once puts us in the shoes of those who rebuild, instead of those who bomb. 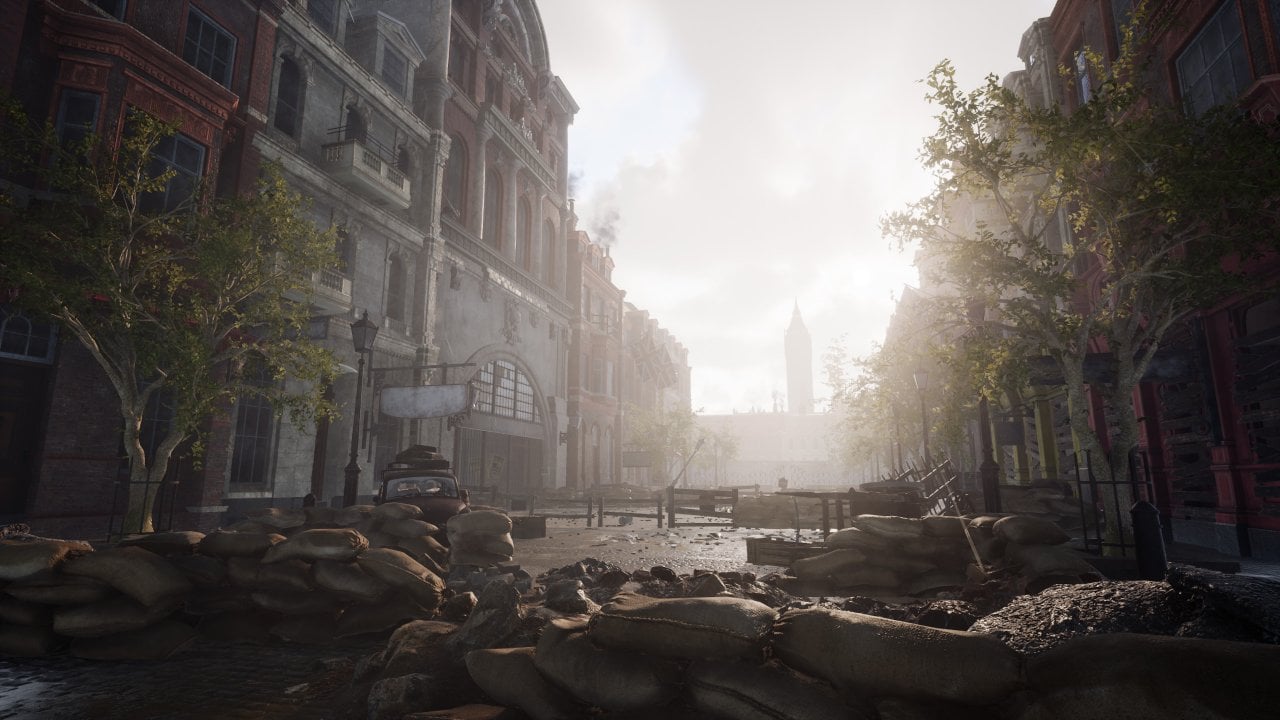 Taking a walk through the streets of Berlin, visiting the Brandenburg Gate, the Reichstag and Checkpoint Charlie, it is still easy to see today the deep scars that the Second World War left on the face of the German capital, practically razed to the ground during the assault Allied final to the last Nazi enclave. The city, like many others, underwent a process of total reconstruction in the years following the war, but unlike metropolises such as London, Warsaw or Hamburg, Berlin irreparably lost its charm as a European capital, at least from a purely architectural point of view.

The Russians largely took care of putting Berlin back on its feet, but what would have happened if instead of the USSR it had been you, to rebuild the ancient capital of Germany from the ground up? The great promise of the developers of WW2 Rebuilder is precisely this, to put us at the helm of the long reconstruction process that allowed the largest European metropolises to come back to life after the devastation that occurred during the conflict. Fruit of the efforts of a small Polish team, Madnetic Gamesthe game is available today on Steam and follows the same lines as all those independent simulation experiences like House Flipper, even if here the aim is much nobler and you don’t work for money.

Are you a simulator lover and does the idea of ​​rebuilding Europe appeal to you? Here, in ours WW2 Rebuilder reviewif Madnetic’s game deserves your curiosity, your money, but above all your time.

As we said at the beginning, WW2 Rebuilder does not deviate much from the furrow traced by other simulation experiences that have appeared on Steam in recent years, even if we must admit that theidea at the base of the title developed by the Polish team is as interesting as it is original, especially if we think of the fact that most of the video games set during the Second World War usually see us engaged in destroying things rather than rebuilding them. To tell the truth, the game is not even configured as a classic “working simulator”, because unlike all the experiences that fall within the definition, this time we will not have the objective of accumulating money and strengthening an entrepreneurial activity.

WW2 Rebuilder instead chooses to propose some sort of countryside, composed of 9 consequential scenarios, all inspired by places that have really been affected by the devastation of war. From the heart of the City of London to the beaches of Dunkirk, passing through Hamburg, Essen and Belfast, the task will always be to clear the level of all kinds of rubble and debris caused by the bombing, tear down all the buildings that are damaged and unsafe, transform everything collected into resources useful for reconstruction, and finally restore and renovate the area with new structures, buildings and decorations. Unfortunately, unlike in sandbox games like House Flipper, we’ll never really have total creative freedom in rebuilding Europe, as each level comes with a set of totally pre-determined primary and secondary objectives, leaving little room for maneuver for the player.

Choosing to make these objectives mandatory to unlock the next scenario ends up making the building process very uninspiring, since one constantly has the feeling of being faced with a simple to-do list in which, only on very rare occasions, you actually have a say. One of these is represented by stage of decorating the levels, a completely non-mandatory bonus objective for completing the campaign. After arranging the environments, it is possible to embellish the area by choosing from a small catalog of decorative objects which can include lampposts, benches, trees and statues, and although the list offers a good degree of variety, spend an hour painstakingly decorating a level that will no longer be accessed has been able to make the practice indigestible to us almost immediately.

All the limits of shallow gameplay

The little freedom granted to the player wouldn’t even be a problem if WW2 Rebuilder weren’t a simulator and, therefore, if it wasn’t centered on a gameplay formula that makes repetitiveness a mantra. In other similar experiences the constant recurrence of mechanics and playful elements is somewhat tempered by the possibility of giving an address to one’s creations or by the serial accumulation of improvements and upgrades, but in the Madnetic Games title there is only a little skill tree interesting, in addition to a gameplay that is even less profound than that of its more illustrious colleagues.

Basically, everything revolves around a small number of tools dedicated to the various tasks that we will be called upon to carry out during the reconstruction. There’s the hammer, useful for destroying rubble and larger pieces of furniture, and the shovel, which allows you to quickly collect a large number of debris with a single click of the mouse. The blowtorch can be used to cut any kind of scrap metal with precision, and the brush is rarely required to clear a surface of soot from fires. In addition to these tools, the player also has access to a trowel to putty walls and a roller with which buildings can be painted, but during the entire campaign, which lasted about 6 hours, we only happened to use them twice . In reality, there are several gameplay features included in the game that appear just mentioned, such as the many trivial mini-games that appear on the screen from time to time to slow us down in the reconstruction work.

The only two elements of variety are represented by flashbacks, short animated interludes that make the player relive the most dramatic moments of the war, and heavy vehicles, two vehicles that assist us in the demolition of the largest buildings. In some scenarios we will have access to a crane with a wrecking ball and a bulldozer, two means that are particularly effective in removing debris, but to which various bugs and glitches are connected which often make it almost impossible to use them. The Madnetic Games simulator, net of a surprisingly inspired visual impact, shows all the limits due to the scarce resources available to the development team and, although we are totally aware of the profound indie nature of the work, we must admit that we expected much less gaps from a product that is about to launch fully on Steam and not in Early Access.

WW2 Rebuilder was born under the star of a very good idea, that of offering the player the possibility of rebuilding the cities of the Old Continent devastated by bombing, in an industry that has always made environmental destructibility an effective marketing slogan. Net of the excellent concept and an unexpectedly avant-garde visual impact, what is missing in the equation, however, is the gameplay, too trivial and not very layered to be really interesting. If we add the numerous technical problems, the balance sheet of WW2 Rebuilder outlines the traits of a simulator that has tried to imitate its lucky colleagues, but which doesn’t have all the cards on the table to emerge in a genre that is now enormously populated.

WW2 Rebuilder, the review of the simulator that allows you to rebuild Europe after the war