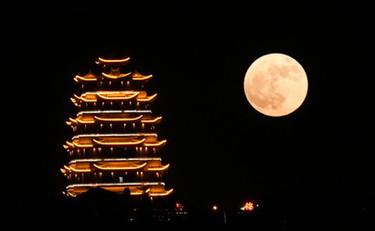 There China wants to get his hands on moon. Word of Bill Nelsonhead of the US Space Agency, the NASA. And this is not a little disturbing to the American authorities, because the control of the terrestrial satellite could have sensational repercussions on the telecommunications level, with unimaginable strategic and military implications. Over the past ten years, NASA noted, China has significantly increased its space program, focusing on the satellite and as early as 2013 Beijing had shipped an unmanned shuttle. By the end of the decade, the Communist regime plans to finally land its astronauts on lunar soil. “We are very worried that China wants to land on the moon”, are the words used by Nelson, who caused an uproar in Beijing.

“It is not the first time that the head of the US National Aeronautics and Space Administration ignores the facts and speaks irresponsibly about China – he replied. Zhao Lijian, spokesman for the Chinese Foreign Ministry -. China has always promoted the construction of a shared future for humanity in space and has opposed any space arms race. “

The controversy broke out in parallel with that between Ukrainians and Russians. Kiev asked to exclude Moscow from international space missionsafter photos of the three Russian cosmonauts aboard the International Space Station (Iss) with the flags of the separatist republics of Donetsk and Luhansk. “Russian cosmonauts have shown on the ISS a flag under which Russian troops kill women and children in Donbass and reduce entire Ukrainian cities to ashes. Russia exports its barbarism also into space, a zone of peace. It must be excluded by all. international space programs, “he tweeted today Oleg Nikolenko, spokesperson for the Ukrainian Foreign Ministry. Nikolenko attached one of the two photos released yesterday on Telegram by the official channel of Roscomos, the Russian space agency. Three cosmonauts are seen showing separatist flags, with the message attached: “Liberation Day of the Republic of Luhansk. We celebrate both on Earth and in space”. In fact, the British writes Guardianmany have questioned the authenticity of the photos, wondering if the cosmonauts really displayed the separatist flags aboard the ISS or if it was a photomontage.