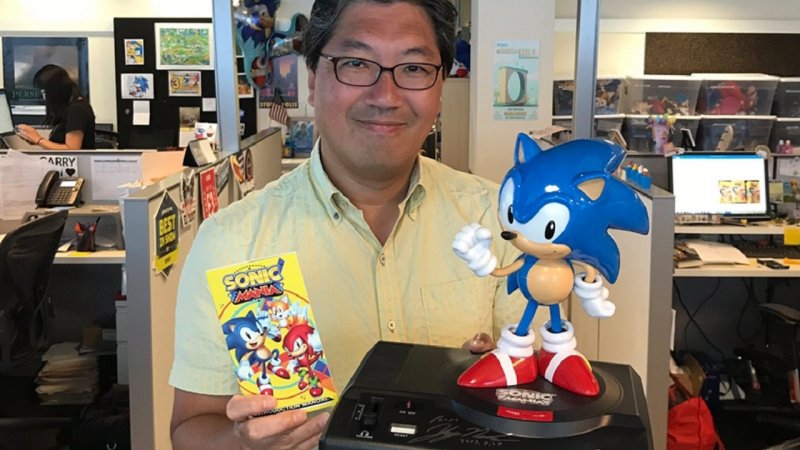 Yuji Nakaone of the creators of Sonic the Hedgehog, was arrested by the Special Investigation Department of the Tokyo Police as he was believed to be involved in a case of inside trading related to Dragon Quest Tact, a mobile game from Square Enix’s historic JRPG series.

According to information shared by the Japanese authorities, it is assumed that Naka learned in 2020 that Square Enix, of which he was an employee (at the time he worked at Balan Wonderworld), was collaborating with Aiming, the developers of Caravan Stories, to create Dragon Quest Tact, a mobile spin-off released in 2021 on iOS and Android. Investigators believe Naka bought 10,000 shares of Aiming, for about 2.8 million yen (equal to around 19,000 euros), with the aim of making a profit after the announcement of the game.

Also Taisuke Sasakianother former Square Enix employee, and Fumiaki Suzuki they were arrested yesterday for the same reason. The two allegedly bought 162,000 shares in 2020 for a total of 47.2 million yen (about 325,000 euros).

Authorities therefore believe that Naka, Sasaki and Suzuki bought a large number of Aiming shares for make a profit by the increase in their value on the stock market following the announcement of Dragon Quest Tact by Square Enix.

Making profits in the stock market by using inside, non-public information in this way is an illegal practice, called insider trading.

Square Enix has released an official statement stating that it will work with the Japanese authorities to shed light on the matter.

“Today, some media outlets reported that former Square Enix employees are under investigation on suspicion of insider trading,” the statement read.

“We have cooperated with the Securities and Exchange Surveillance Commission. As the investigation of the Tokyo District Public Prosecutor’s Office is ongoing, we will continue to offer our full cooperation for the investigation. We are deeply sorry for your great concern that this caused to all concerned. We have dealt with this incident rigorously, including internal disciplinary actions taken against suspected employees.”

Yuji Naka left Square Enix in the summer of 2021 after the publication of Balan Wonderworld. The game was received tepidly by critics and audiences, proving to be a commercial flop. In recent months, Naka has pointed the finger at Square Enix, accusing the company of having decided to “kick him out” of the development team before work on the game had been completed.

“How would you feel if you were suddenly kicked out of a game you’ve worked so hard on for over two years, only to find out in a courtroom that your former colleagues had been talking behind your back and that’s why you got kicked out?” , Naka wrote on Twitter.

“Those who make games do it by putting all the care possible for whoever is going to play them. Don’t you think that people and companies unable to put this care into games are the worst? Instead of talking behind my back, don’t you think they should have told me directly how they were doing things before you send me away?”

Yuji Naka arrested for inside trading against Square Enix, is one of Sonic’s dads


Explore our social media profiles and also other related pageshttps://prress.com/related-pages/