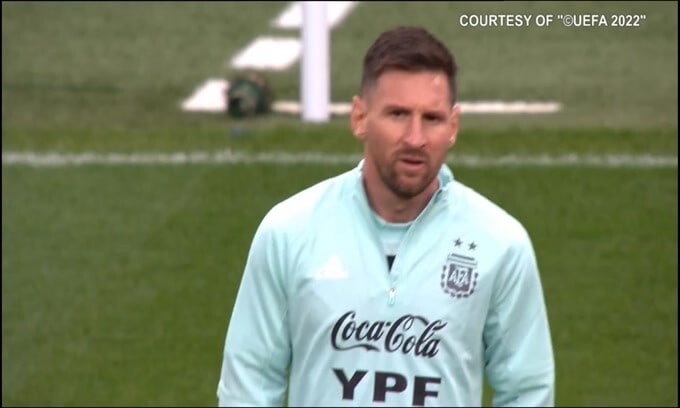 “Barto, really, you can’t be that good to that sewer rat”. It is one of the many shocking messages present in the chats between Joseph Maria Bartomeu And Roman Gómez Ponti (former head of Barcelona’s legal services) unveiled by the Spanish newspaper Sport. In the message in question, the person intended as “sewer rat” is Lionel Messi. Thus, new details emerge Barcagate and on the farewell of the Argentine champion to the Blaugrana club.

Incredible at PSG, Messi and Neymar have broken with the fans for months: here’s why

The newspaper has published numerous messages privatewith numerous insulting players, of the previous board of directors including numerous sent and received by the former president of Barcelona. The previous message, which referred to the Argentine champion, was sent on the day ‘El Mundo’ revealed the details of the Messi’s contract with Barcelona, ​​making the executive furious over the leak.

World Cup, vandalized a mural for Messi in Barcelona

The harsh accusations and insults against Messi

Roman Gomez Ponti writes to Bartomeu: “Barto, really, you can’t be that good to that sewer rat. The club gave him everything and he instead imposed a dictatorship of signings, transfers, renewals, patros (sponsors) just for him. We will never be able to do it in figures of his contract, and we must add the renewal of Pinto, the renewal of Suárez, and that of Jordi Alba. And there is also the commission for the renewal of Fati. Then we must think of the damage that the image of the club and of those who work for this they suffered because of this dwarf! In the pandemic we received that legendary message: ‘Lower the salary of others, but don’t touch me and Luis’. Let’s hope it rots in people’s indifference, which is the worst thing that it can happen“. Bartomeu’s answer: “Yes. I agree on many things. This type of article damages the club’s image.”

“Messi will play with Ronaldo in Arabia. We already know the team.” The sensational indiscretion

Then you read more messages from Bartomeu: “Many times we listened to Leo. Not always, but many times. This pandemic-free contract was totally acceptable. It was a fair offer considering everything it generated for us.” Then again Roman Gomez Ponti: “The club faces under his leadership the drastic reduction of salaries and even more after the unpresentable, contemptible and disgusting attitude of a team of spoiled and insensitive millionaires who refused to agree with the club the minimum measures to guarantee the our economic survival, do without the suffering of the people”. Then finally: “Those players who have no transfer market and cannot be transferred should be fired with minimal compensation and forget that they have been part of the club.”