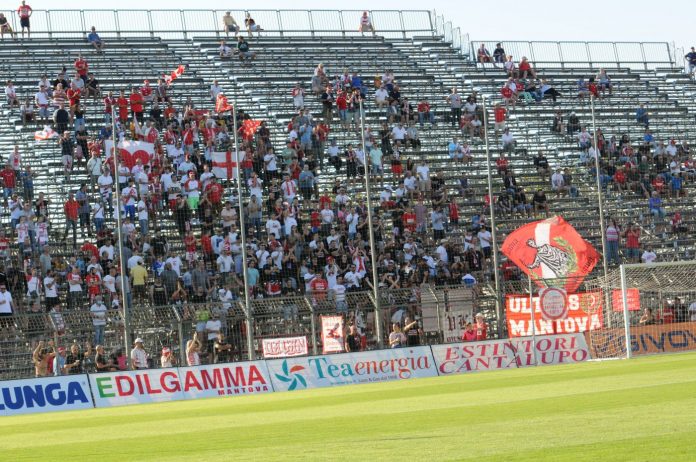 MANTUA Mantua captures their first success of the season, beating Trento 2-1 at Martelli. Strong performance, that of the red and white, in the lead after 12 minutes with Mensah. But Trento, who always remained in the game, grabbed a tie in the 44th minute with Bocalon. In the second half, at 55 ‘, the decisive penalty converted by De Francesco. Trento closed in 10 for the expulsion of Damian in the 64th minute. Finally applause from the Martelli. Mantova will be back on the pitch next Saturday at 2.30pm in Lecco.

Good evening from the “Danilo Martelli” stadium in Mantua. Fourth of the championship for the red and white, still dry of points and last in the standings alone. Guccione and his teammates host the Trento of the many ex, who so far have collected one victory and two defeats. For Mantova it is forbidden to make mistakes. We will follow the match with updates in real time.

REFEREE: Enrico Gigliotti from Cosenza (assistants: Brother from Latina and Bracaccini from Macerata).

95 ′ The game ends here with Mantova winning 2-1 and taking home the first 3 points of the season.

86 ‘Paudice is replaced with Guccione and the player does not take it well at all; he kicks the bottle and Corrent gives him a gentle push to make him sit up.

82 ′ Pierobon crosses in the area, Silvestro does not reach the ball by millimeters and the ball slips into the lineout.

77 ‘Dangerous punishment for Trento with Pasquato looking for the upper left corner; Chiorra senses and parries.

71 ′ Again Yeboah who always focuses on the left and kicks in the goal; central and easy shot for Marchegiani.

70 ‘Silvestro crosses from the left for Yeboah who barely touches the ball, but Marchegiani dives and saves.

64 ‘Red headed for Damian who lands Mensah on a dangerous restart of Mantova. Trento in 10.

62 ′ The guests appear with Brighenti hitting his head on a cross from Saporetti; Chiorra goes out and securely grabs the ball.

55 ‘DOUBLE OF MANTOVAAAAA !!!!!!!!!! De Francesco makes Marchegiani dry with a powerful and angled shot and makes 2-1.

54 ′ Penalty for Mantova: Yeboah enters the area, feint and counterfeit and then kicks, Belcastro arrives and hits with his arm.

52 ‘Response from Mantova with a low cross from the left by Silvestro; Marchegiani dives and grabs the ball.

48 ‘Trento immediately dangerous with a free kick beaten by Belcastro that touches the right corner.

45 ‘The second half begins. Shooting kick beaten by Mantova.

45 ‘+ 1’ The referee blows the whistle to end the first half. Teams in the locker room. See you soon for the chronicle of the second half.

45 ‘One minute of recovery.

42 ′ Dangerous corner for Trento that the red and white defense sweeps away without frills.

36 ′ Chiorra is overcome with a super save on Ianesi after a header by the attacker.

35 ′ Mantua responds with Yeboah who pulls on Marchegiani.

34 ′ Occasionissima of the Train: Saporetti enters the area and tries the intersection, but Chiorra slips and sweeps away with his feet.

25 ′ Ianesi takes a big risk; withheld on Pinton, but the referee decides to whistle only foul without extracting the card.

23 ‘Procaccio tries from distance; Marchegiani responds present and for sure.

21 ′ Trento appears with a shot from distance by Damian that ends up weak and central in the arms of Chiorra.

16 ′ In this first quarter of an hour of play, Mantova is the host of the field.

12 ‘The assist was made by Silvestro.

12 ‘GOLLL DEL MANTOVA !!!!!!! Mensah turns into the area and bags with the right behind Marchegiani.

5 ′ Mantua that begins this match with the right spirit.

1 ′ Kick-off beaten by Trento. Finally it begins. Mantova immediately forward with Yeboah who runs off to the right and crosses into the area. Gerbaudo touches his stomach and puts out.

He immediately discussed the decision of Mr. Corrent to leave Guccione out of the 11 owners.

Sunny afternoon in Mantua, temperature of 24 degrees, soil in optimal conditions. The teams enter the field.