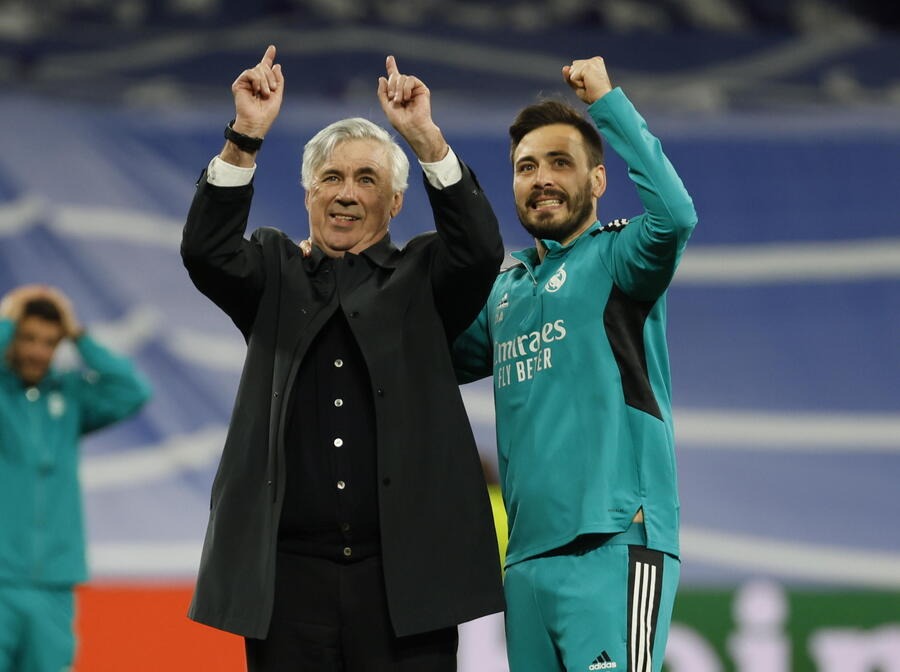 Carlo Ancelotti’s Real Madrid are in the Champions League final after beating Manchester City 3-1 at the Santiago Bernabeu after extra time. Regular time ended 2-1, with the hosts scoring two goals with Rodrygo in the 90 ‘and 91’ minutes. For the English he had scored Mahrez at 28 ‘of the st. In the pts Benzema has procured and transformed a penalty. The first leg semifinal was won 4-3 by City. Madrid will face Liverpool on 28 May in Paris The chronicle

Spagnoli out until Rodrygo’s brace between 90 ‘and 91’ (ANSA)

THE REAL FINDS THE FINAL IN THE ADDITIONAL
Liverpool and Real Madrid will compete for the Champions 2021-’22. But for emotions and intensity the second match between the Spaniards and Manchester City was no less than a final. With 20 minutes left, the Citizens – already strong with a 4-3 first leg and a 1-0 lead thanks to Mahrez’s goal – were already flying to Paris. Instead the Blancos turned everything upside down between 90 ‘and 91’, with a brace from Rodrygo. And in extra time Benzema got himself a penalty (foul by Rúben Dias) and transformed him (5 ‘) for the 3-1. The Frenchman, less brilliant than other times but still decisive, thus achieved the 15th goal in the Champions League. 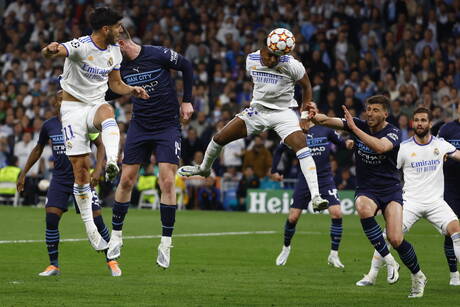 Driven by the 60,000 of the Bernabeu, Real Madrid dismantled the illusion of the City and the joy of Mahrez, scoring in the 28th minute of the second half. At the center of the defense, Real deployed Nacho (with Militao) in place of Alaba, on the bench even if he was injured. City retrieve Walker on the far right, who will be crucial in slowing Vinicius’ speed for 72 minutes of play, until he is replaced by Zinchenko. Careful Daniele Orsato, already at 8 ‘struggling with an exchange of blows between Modric and Laporte, both booked. Real try to get out by maneuvering, but City press very high. The first shot on goal (15 ‘), with De Bruyne, is English, but Courtois blocks. Much more challenging was the Belgian’s save in the 19th minute, on Bernardo Silva’s close-range shot served by De Bruyne. The game, however, remains in balance, even if Guardiola’s 11 conveys a feeling of greater danger. Confirmed by Foden’s blow from outside the area (39 ‘), deflected by Courtois. The Bernabeu despaired in the 43rd minute, when Benzema kicked high from a good position, but had started offside. At the break Manchester City is confirmed in the final. The absolute need for a goal forced Real Madrid to leave the foil in the dressing room to rely on the saber, but Vinicius immediately dispelled the best of chances, sending a cross from Carvajal to the side. The serpentines of the Brazilian are however the most dangerous weapon of the whites. After the outburst, the City regains meters. Ancelotti removes Kroos to insert Rodrygo and it is the winning move. Guardiola responds with Gundogan in place of De Bruyne. Just the German triggers the action of the City advantage: ball to Bernardo Silva who widens on the right for Mahrez. The left-footed, powerful and precise, slips on the near post of Courtois’s goal. It is the 28th minute and Real have a few minutes for the miracle. Camavinga and Asensio enter, Real swerves and in the 42nd minute only Mendy’s miraculous recovery prevents Grealish’s 2-0. But in an incredible final, Rodrygo’s brace leads to extra time. And to the rigor transformed by Benzema. The result does not change anymore and the Bernabeu goes crazy with joy, while everyone hugs Ancelotti. 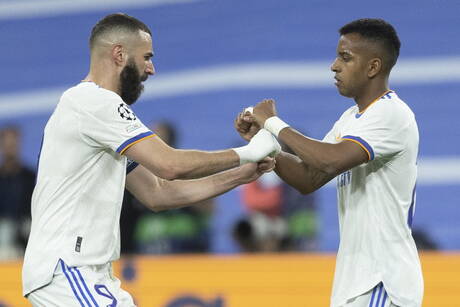 Champions: 3-1 at City after extra time, Real in the final – Sport