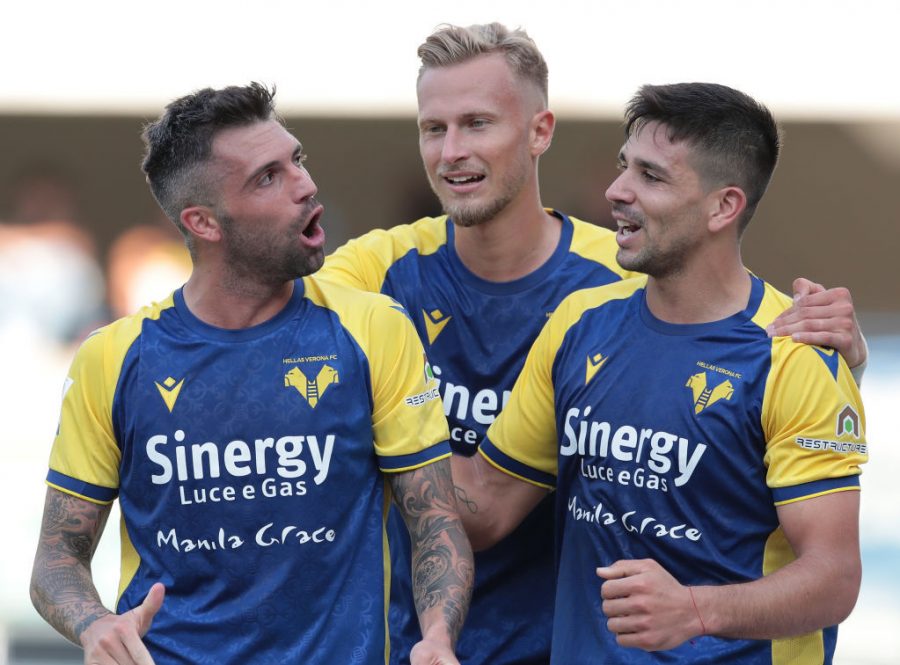 The season of Veronacommitted tomorrow in the Italian Cup against Bari. On the eve, Gabriele Cioffi spoke thus addressing many key themes for fantasy football, such as Barak and Simeone. Report everything TMW.

PABLO MARÌ – “He called me? No, but I would have liked her. Even a dinner (laughs, ed). I have not received any messages, I am happy with whoever is there, who is demonstrating a very high level ”.

SIMEON – “Giovanni is a pure and clean boy, even too much. I respect him, making him train a lot and making him available to the staff, but he is not part of the matches. He is calmly trained. Won’t he play until he’s sold? I don’t have time, so I have to make choices. And so I will do “.

GO AWAY – “The idea was clarified this week, in which I reiterated that whoever wears the Verona shirt must be proud, and must demonstrate this pride during the week. Those who do not want to stay must raise their arm and ask to leave. Has anyone raised it? Fortunately no one ”.

LATE – “I’m serene and I don’t make an alibi. The expectations are mine, I arrive in a company that has done very well and I don’t want to upset anything. You have to win games and score points: the modules are for the PlayStation, there are game concepts on which the team is working well ”.

LASAGNA – “This ‘palm’ will double it. I have always had great faith in him. He has to go to the end and he has to find himself in front of the goal: he will score a lot, like Henry and Piccoli, or Djuric, if he remains so humble ”.

MIDFIELD – “These are characteristics that lead you to be more solid and less spectacular. We have a pure playmaker like Veloso, an intelligent player like Hongla, a playmaker like Cortinovis, an all-rounder like Tameze, a good midfielder like Ilic and another setter like Barak. They need to be in a comfort zone, and they will find it ”.

GOALS NOW – “We need a couple of pieces, to increase competitiveness and to change the characteristics of the department a little. If we say that we concede goals because the defenders are not up to par, we are at the bar, we are not talking about football: he defends himself as a team, and the goals collected, excluding the match against Hoffenheim, arise from transitions with errors that Verona cannot. to allow”.

TAMEZE AND ILIC – “As far as I know, the market rumors that concern them are rumors. For me, yes, they are fundamental. This backbone, apart from Simeone, who is right to deal with a different football, is very important “.

BARAK – “You can’t ignore any of them. Even Barak, who is not playing because he had a little problem at the end of last season. His role? In midfield there is competition in all positions. He has to play with Tameze and Cortinovis. I cannot ask Barak to run after everyone: I will ask him to be careful in the defensive phase and to play his game in the offensive one ”.

COPPOLA – “I saw it well. Like the other young people in pink, she has great potential. From there it is a long time to be ready to start in Serie A: they are working hard, then we’ll see ”.

Cioffi: “Barak had a problem, where will he play! Marì, Lasagna, Simeone, Tameze, Ilic … ”