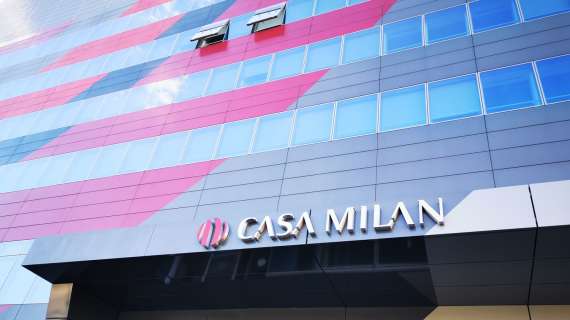 Corriere della Sera, with an interesting article by Arianna Ravelli, tries to take stock of the sale of Milan between the requests of the Elliott fund, the timing and offers of the Investcorp and RedBird funds.

Yesterday came from England, precisely from Sky UK, the news of the American fund RedBird in negotiations with the Elliott fund for the purchase of Milan, news then confirmed by very reliable sources such as the Financial Times and Reuters.

Today there are news from Corriere della Sera: according to the Italian newspaper, the American fund RedBrid, already highly specialized in the world of sport, has overtaken Investcorp for the purchase of AC Milan. The reasons are different, but all very convincing in Elliott’s eyes: the economic offer will certainly be fundamental (the US fund should offer around 1 billion, that of Bahrain about 1.18), but the nature and experience in this field by RedBird tip the scales in their favor. The common American origin – reads the Corriere – can facilitate dialogue between the parties, while as regards the solidity there is no doubt: at the moment RedBird manages 6 billion dollars which should quickly reach 11. They could therefore complete the operation for the acquisition of the club without problems. On the other hand, it would seem that the structure designed by Investcorp to complete the purchase has not fully satisfied Elliott: the use of debt, which is however perfectly normal for operations of this caliber and complexity, and to see how much AC Milan will be responsible for and as for the Bahraini will be an important step for the eventual success of the operation. In fact, the period of exclusivity with Investcorp has expired and has not been renewed: Elliott does not make a speech due solely to the “love” towards his jewel after having restored the finances of the Rossoneri club, but also a question of financial reputation. The Singer family fund wants to leave Milan in the best hands for the future, Corriere says.

Finally, there is one of the points in favor of RedBird, probably the most important, that is the specialization of the US fund in the world of sports: in the last twenty years it has created more than 20 billion dollars of value in its sports properties, investing in more of 20 activities related to the world of sport in the last 5 years. The business started in Toulouse, a French club, is profitable and sustainable, based on a patented data analysis model.
Elliott therefore considers RedBird as the right owner to make Milan pass from a simple football club to a “media company”, with all that this entails in terms of commercial agreements, social image and development of the “entertainment” part. For these reasons, concludes the Corriere, RedBird’s offer, even with a slightly lower business value, could be preferred to Investcorp’s.

In any case, it is still premature to give definitive judgments: before the end of the championship there will be no news, with Elliott not reaching the signing phase with any of the parties involved. On the other hand, one can unbalance the sale of the club – Corriere della Sera speaks of a percentage of 80% – and if this happens today RedBird has an advantage over Investcorp.

CorSera – Milan sale, RedBird overtakes Investcorp: the reasons. But no signing until the end of the championship