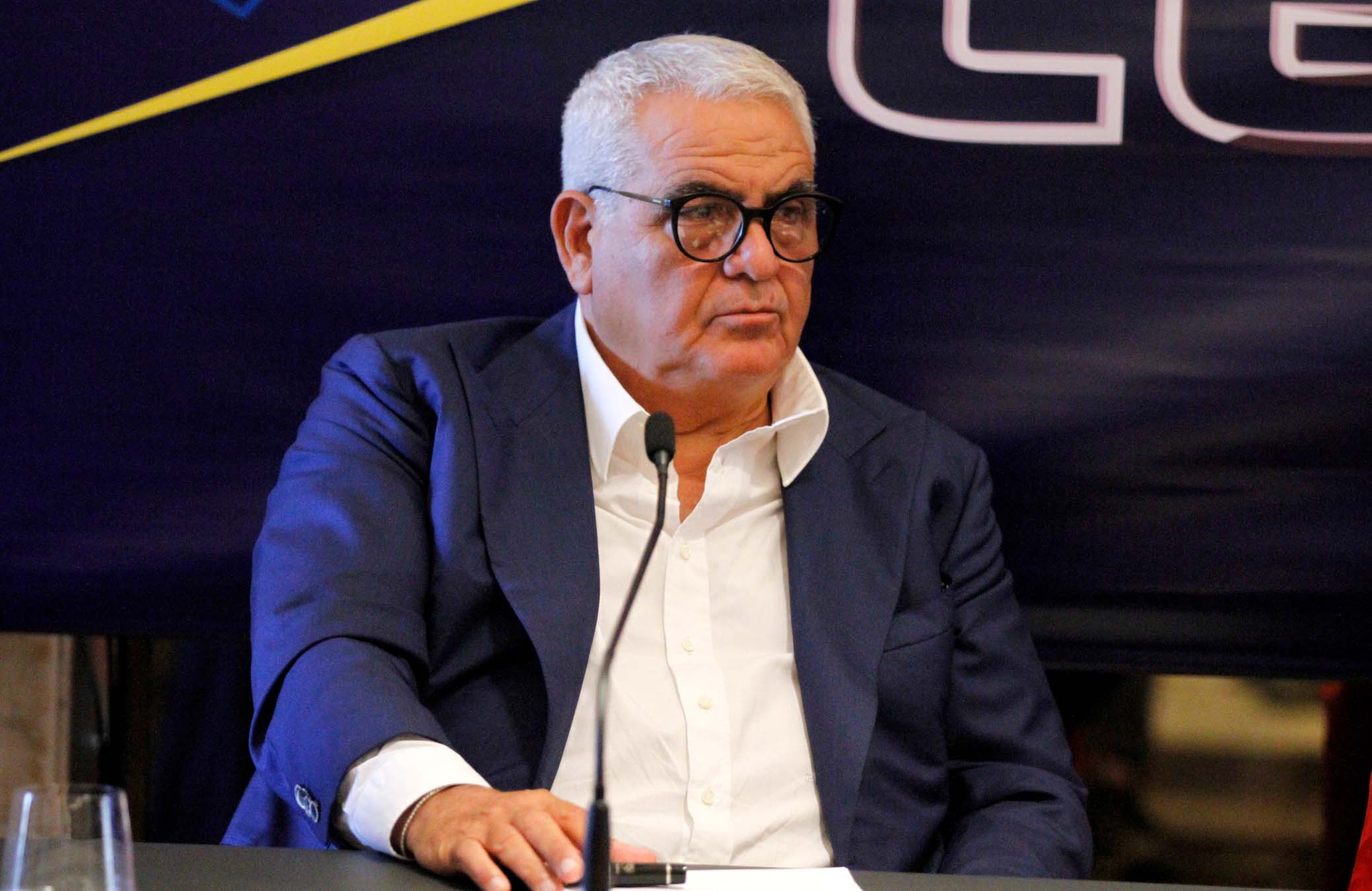 The post-promotion press conference of the Lecce technical director Pantaleo Corvino, who wanted to take stock of the situation.

REASONS. “Today you will hear me in a more relaxed voice than last time. A few days ago there were arguments that made the climate on fire, you all witnessed the famous act of disloyalty and this bothered me a lot. There were 40-50 million euros at stake and that’s not cheap. Returning to the present, in the light of what has been done, we want to take stock of the situation “.

STRATEGIES. “We cannot fail to highlight what has been done in the last 18 months, since I arrived at the helm. Those who work, set out to achieve goals by giving themselves a path. And sometimes the latter is the most important thing, the path. Our line generally said no to loans, we said firmly no to debt. Then something could be slightly altered because there was a pandemic. We haven’t long had our audience by our side. There were unforeseeable economic damage. Capitalization and rejuvenation of the squad were our mission, as well as putting the youth sector at the center of our project “.

YOUTH. “After taking Lecce Primavera to the top it wasn’t nice to have found him in those conditions in Primavera 2. It was a heart wound, but we rolled up our sleeves and brought him back up to try to keep him there. Time to time, we are working to bring the youth teams back to where they were before, at the top. From next year, the Primavera no longer falls within the competence of the youth sector but falls within the competence of the first team, so the manager of the first team will also be in charge of the Primavera, let’s evaluate if it will be the same for the Under 17 “.

CLUB GROWTH. “I am putting my heart and soul to make my experience available to the growth of a young company. Both at the level of structures and management of men. Some things are already visible, others have yet to come out ”.

GOAL ACHIEVED. “Today we find ourselves with the Serie A goal, achieved, among other things, one year earlier than the maximum time we had set. I did not go back to Salento to comb the dolls, we did not hide behind the words but we clearly said we wanted to reach the goal we have achieved. Of course, I admit that knowing in advance that I would have dealt with so many of the wealthiest properties in the world I would not have said this thing. There are realities like Pisa, Como, Monza, Parma but not only that have sensational economic possibilities. If I had known, with realism and with the desire not to betray the fans, I would have said that we should have worked hard to maintain Serie B. With management and field commitment we have instead achieved an incredible goal “.

TECHNICAL PROJECT. “We proved to those pundits who said that the tactical module employed was not the right one. We were criticized for the different module from the year before, instead we proved that it was possible to do great things with our ideas. So we won by boasting the best defense, the fewest defeats, the top scorer and the best player in the league. The numbers and the goals speak for themselves “.

CLUB GUIDELINES. “We are in a phase of corporate effervescence, so we can’t yet. However, I asked the owners about the scheduling conditions because Serie A will already be at the start in mid-August and we have to get there prepared. At the club level, we will be virginals compared to other realities, so it will be logical to encounter difficulties also because the context is very different from that of these last seasons “.

GABRIEL. “For me Gabriel is a piece of my heart. I cannot forget my return to Lecce, when I had to force myself to immerse myself in a different locker room than what I had found. From A I had found Vera, Shakhov, Benzar, Lucioni and Gabriel. I managed to place the Ukrainian, the other two did not and Lucioni and Gabriel remained. Compared to others, the Brazilian had an exemplary behavior, he understood the messages I wanted to convey and he was of great help to me, together with Captain Lucioni. They were of great importance especially last year. This winter I called Gabriel, like Coda and Lucioni, to renovate. With the last two it is done, Gabriel said that despite having a great bond with me and with Lecce he wanted to take time to reflect. He was sincere and honest. It is clear that we must look around us because we cannot be caught unprepared if there is no white smoke. So we thought of an alternative solution. Now we will meet again with the prosecutors telling us the choices made “.

FOREIGN MARKET. “I have not yet organized myself to be able to go anywhere, we have not planned even if there would be the possibility of going to South America as well. We first had to wait to know which league to play in. After that the head was on other organizational aspects, we are in the planning phase. In any case, I have no plans to travel to South America, while I already know that with Stefano we will travel to Italy and Europe. As always, we first look at what we have at home, as done with Strefezza, Coda and Di Mariano, then based on resources, if we cannot tap into the home market, we go to other more sustainable markets. These are things that must be taken into account, it is something that must be understood. The members come to Lecce because the club is attractive and it is because it pursues the path of sustainability “.

PAYABLES. “It seems logical to me that a team that started from C to A has made debts. Clubs like Juve and Manchester make them, clubs that have a turnover of 500 million and are full of debt. The strategies of the past have created something in this sense, due to the lack of sustainability. Then we returned and it is clear that with the pandemic something has remained, but if the team is attractive it is because we are economically healthy. Then it’s up to the company to decide what it wants to do, to the shareholders to decide how to invest “.

MODELS. “I want to give the example of Hellas Verona, which is now experiencing a moment of fervor after having lived through the lower categories. In some respects it recalls the Lecce model which was such throughout Italy from 1999 to 2004. Many big clubs envied and copied us. Returning to the Scala family, they arrived there by playing Lecce, or by selling unknown elements such as Amrabat, Kumbulla and Rrahmani. Ditto Empoli, which has been pursuing its youth model for many years, with local young people and many foreigners ”.

SIMILITUDES. “Triumphs always have points in common between them. Our current work is in many respects similar to that carried out in 1999. Even in that case we went ahead with ideas, aiming with young people to measure ourselves against top-level realities in a very strong championship and keeping the accounts in place ”.

HJULMAND. “We cannot afford to declare players as non-transferable because we are aware of our resources. However, this certainly does not mean that we open our legs to the first one who arrives. For him and for Strefezza we are waiting for what will be given to us in order to understand future strategies, it being understood that for us no one is not transferable “.

LOANS. “There have always been exceptions, the line of not taking loans was just general. If players on loan arrive in Lecce it is only in general terms. Those who arrive are consistent with our ideas and resources and will be the same in the future. So loans with redemption rights or in any case sustainable by the club “.

ACQUISITIONS. “We can’t know now how many owners it will take to buy in Serie A because it all depends on the resources that the clubs will give us and on the club line.”

TRIPLE MONITOR. “I want to watch the game calmly, alone, to do my analyzes. In the stands this is not possible and you get distracted. It’s true, I watch games with multiple monitors in front of him ”.

Corvino: “The new members arrive because Lecce is an attractive model. A is the daughter of ideas” – Calcio Lecce