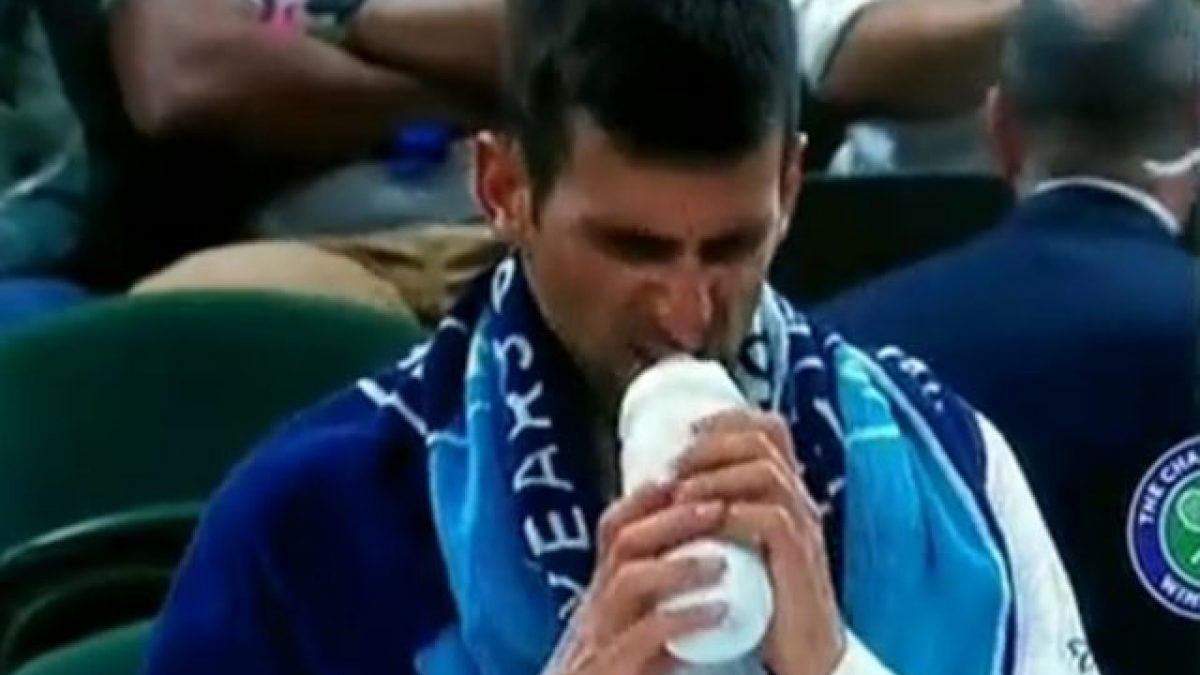 Novak Djokovic will play the semifinal of the Wimbledon tournament on Friday, meanwhile in the last few hours a video showing him during a change of pitch has gone viral.

Friday Novak Djokovic will open the program of the semifinals of the tournament of Wimbledon facing the British tennis player Cameron Norrie, which will be followed by the highly anticipated match between Rafa Nadal and Nick Kyrgios. In the quarter-finals the 35-year-old Serbian champion managed to get out of the hole where ours had put him Jannik Sinner, who had won the first two sets and seemed to own the field. Then the game was turned like a sock by Nole, after a ‘strategic’ toilet break: on his return from the locker room, where he had charged up properly, Djokovic appeared transformed, leaving only 7 games to the blue in the last 3 sets.

Novak Djokovic during the match won against Jannik Sinner

Previously, the Serbian had beaten the Dutchman in the round of 16 Tim van Rijthoven and in the last few hours a video has gone viral in which, during that match, he takes something from a bottle brought to him by his staff, while sitting during a change of sides. “What’s in the bottle? I swear he inhales it“, writes the author of the post, relaunched by a journalist who comments:”I would very much like to know what was in this bottle. It certainly wasn’t liquid, and he nodded to his trainer before inhaling. Very strange“.

In fact, Djokovic can be clearly seen waving broadly at his box in the stands to ask for confirmation about what to do with the bottle in question, before apparently inhaling its content rather than drinking it, complete with a gesture to squeeze the bottle and ‘shoot’ what’s inside in the throat. The mystery has been solved by the Telegraph, according to which the Serbian is one of the players he chooses to take unmixed energy supplements or isotonic powder during matches. “You don’t get any benefit from doing this mid-game, but I’m sure this is isotonic – a source told the newspaper – Many players have started swallowing isotonic powder. They started taking it without water, it’s mostly pre-workout stuff. I guess it’s disgusting in the throat. It’s weird, but that’s what they’re doing“.


Nadal beyond the pain, legendary feat at Wimbledon: he beats Fritz injured, he is in the semifinals

Djokovic asks the audience to turn up the volume

Isotonic powder is easily digested and replenishes carbohydrates quickly when energy levels need to remain high during such intense competition. These supplements are generally taken by dissolving the powder in water, drinking them before or during performance, to ensure the maintenance of an optimal condition of your machine-body. Isotonic products can therefore be used to charge energy levels before performance or during endurance sports to restore energy lost during exercise.

In short, it is absolutely normal that in a particularly long tennis match – the match with van Rijthoven lasted 4 sets and ended after 2 hours and 39 minutes – Djokovic has decided to ‘shoot’ a quick-acting regenerating powder down his throat.

“Djokovic is inhaling from the bottle, not drinking”: the video of the match at Wimbledon becomes a mystery