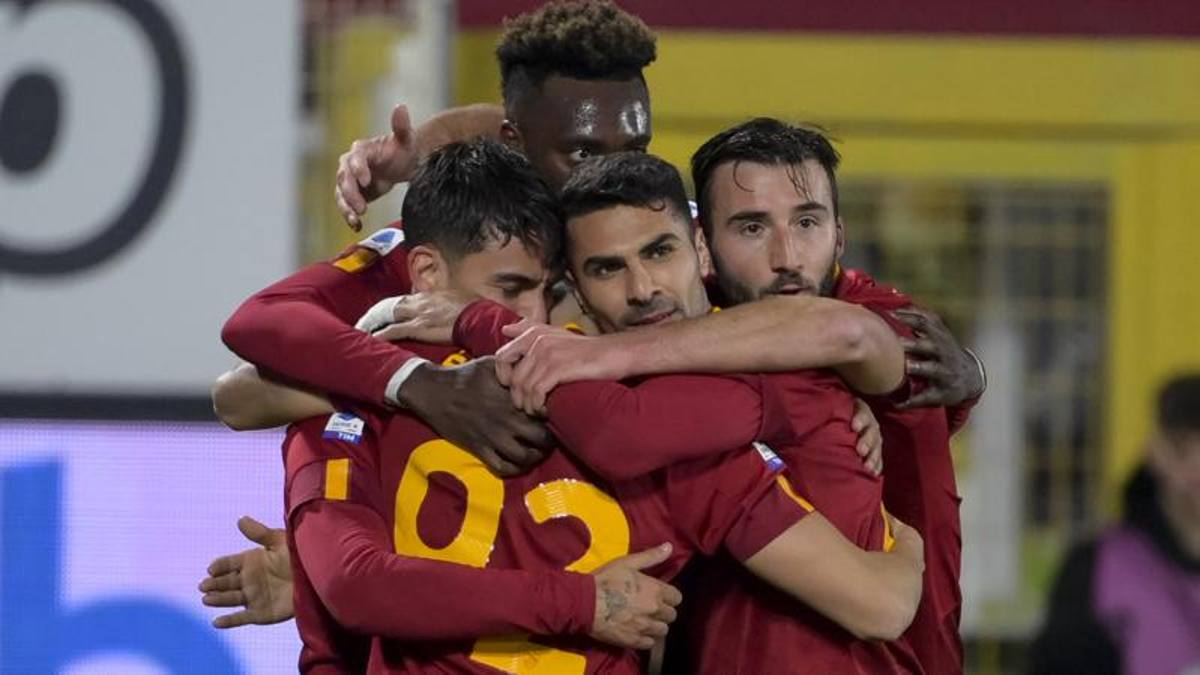 The two assists from the Argentinian inspire goals from the Pharaoh and the English: Roma momentarily hook Inter on 37 points

by our correspondent Massimo Cecchini

If there were anyone who can take their eyes off the transfer market, there is news to report: José Mourinho’s Roma have put their studs in the Champions League area for the moment. Despite the Zaniolo case cannibalizing all the attention, the Giallorossi in fact, beating Spezia thanks to a 2-0 sanctified by goals from El Shaarawy and Abraham, go to bed on equal points in third place with Inter, engaged tomorrow with the Empoli. It is true that Gotti’s team, decimated by absences, looks like a sacrificial lamb, but one figure is enough to understand the difference between the two teams: Rui Patricio makes his first save on his own goal in the 41st minute of the second half, with the race already on ice.

THE SCRATCH OF THE PHARAOH

Mourinho’s team, without even Pellegrini – on the bench due to ailments – chooses a 3-4-2-1, with Matic alongside Cristante in the midfield and El Shaarawy partner of Dybala behind Abraham. Spezia is the shadow of what was the typical team until a few weeks ago. Kiwior sold to Arsenal, Nikolaou out through suspension and Nzola, Ekdal and Bastoni through injury, Gotti’s group also lost Holm almost immediately. Moral: with Agudelo lined up as a fake center forward in a 3-4-2-1 mirrored with the Giallorossi, spaces are tight for everyone and the first half is certainly not champagne. The first thrill comes only in the 17th minute, with an incursion by Zalewski stopped in the area without fail, even if both benches roar, some for the alleged penalty, some for not being booked for simulation. Four minutes later it was the Pharaoh who showed up with a shot that Dragowski blocked on the ground. From that moment there are five conclusions in just over twenty minutes, without anyone hitting the goal. Zalewski, Abraham (header), Verde, El Shaarawy and Reca practice without luck. In short, when the game seems to start the interval without jolts, a throw by Smalling from the rearguard simultaneously tempts Amian, Caldara and Hristov who – in different ways – are attracted by the ball aimed at Abraham. The ball instead passes and so Dybala flies towards the opponent’s goal, unloading at the right moment on the Pharaoh, who scores without problems. It’s the 44th minute, and Spezia just has to try a couple of tricks with Bourabia and Agudelo, once again without getting too close to Rui Patricio’s goal.

In the second half Gotti immediately launches Esposito and Maldini for Hristov and Verde, lowering Ferrer in defense and placing Gyasi on the wing. However, Esposito himself, on his Serie A debut, gave the ball to Dybala in the 4th minute who triggered Abraham, in a one-on-one. Caldara, booked, doesn’t risk a foul and so the Englishman easily passes him to then beat Dragowski. Spezia’s comeback ambitions seem to die at that moment. Bourabia also goes out for the Ligurians and Kovalenko enters, but inertia is all for the Giallorossi. In the 14th minute, in fact, Abraham intervenes from a free-kick on the trocar, whose ball slips into the entire small black and white area, a step away from the goal line, without anyone intervening. In the continuation of the action it is Matic who shoots, without hitting the goal. The same fate befell Zalewski 20′ from the edge. The landlords try to shake themselves off, attacking the flanks more frequently and with Maldini, on 22′, they go for a dangerous shot from the edge. Mourinho then covers himself, inserting Bove for the Pharaoh. At that point the game begins to slide towards the end credits without too many jolts. Gotti also puts Joao Moutinho for Reca and Mou gives Belotti a few minutes for Dybala. It’s only needed to update the scoresheet, because the only thing that matters is that Roma are back in the Champions League area for now. And he wants to stay there.