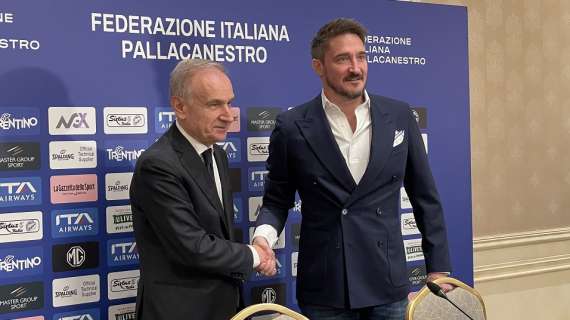 In the crudeness of the knockout draw, Eurobasket 2022 puts the scale of continental basketball back in its place, and Italy is among the teams that come out better.

Bogdanovic’s biscuit in Croatia-Ukraine brought luck, but both teams were eliminated by Finland and Poland respectively. Germany, Greece and Slovenia confirmed the predictions; France confirmed its difficulties, not only of attitude, passing the turn for a case of fate that punished Turkey; Spain have overcome a battle with Lithuania, who are paying for the bad placement in the group in an unlucky eighth like the Czech Republic.

It’s Italy? The victory over Serbia shows that last year’s victory in Belgrade was not the result of chance, and that fifth place at the Tokyo Olympics was well deserved. The framework that Pozzecco inherited from Sacchetti is made up of players who have faith in themselves and in their teammates, as they had experienced in Japan.

A group of men who knew how not to lose their heads in the crucial moment of the match when they were recovering from Marinkovic’s 59-49 of 6’54 “in the third quarter and their coach, who returned to 61-57 with 5’26”, yes is sent off with the second coach on the bench for having protested about a foul by Tonut on Lucic. These are the facts. Special thanks to Spissu who gave him the charge with his triple, and to Melli who did not lower his competitive position after committing his fourth foul.

Serbia paid for the dominance in an overall mediocre group that had given the illusion of the grandeur of the past (2002 in Europe). But Pesic confirmed himself as a dated coach, too tied to his tables on the minutes on the field (so much so as to force Jokic to a fatal stop on the bench), to a concept of defense that has made water on all sides, to the renunciation of Theodosic (“One day many will regret it” sang these same players in the farewell party) for a Jaramaz too immature for this level, stopped by Fontecchio with 3’41 “from the end.

At the end of all this remains the Gianmarco Pozzecco show. A genuine show in line with the character, which apparently up to now has not led FIBA ​​to take disciplinary measures, given that it is unequivocal that he was inside the playing field in the final seconds of the match. It is therefore possible to hypothesize that the next coach of the national team will be an Influencer, if this is the key (shared by the world organization) to success. On the other hand, in the NBA, rapper Drake in Toronto made a good impression on him. It will be hard for FIBA ​​to contest any excess of other coaches, and thank goodness Ataman has already greeted us …

We have read on social media the satisfaction of some federal exponents for everything that has happened; we know since the presentation of Pozzecco in Milan that the FIP believes that exuberance is the key to getting noticed by a wider audience, given that from the youth sector it is unable to obtain almost anything after destroying an organization that had made us first in Europe and second only to the NBA at the time when Pozzecco was playing.

But the final blow to the feds comes from Pyrrhus’ victory in the audience match. To enhance the data of their sporting Sunday, the Sky gentlemen let us know that for the first time, after a year from the Olympics, as many as 250 thousand spectators have seen the Italbasket. Just over half of those who have seen volleyball on the satellite, 460 thousand. To which to add 3,752,000 on Rai in that blessed clear that basketball never touches, and without Circo Barnum as a side dish, given that in volleyball the influencers do not seem to think about it. And they almost reach the 4.7 million that have seen the Monza Formula 1 Grand Prix.

Eurobasket 2022 – Will the next Italbasket coach be an influencer?