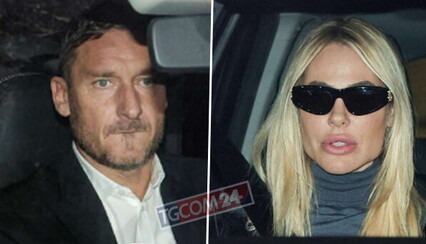 Hand in hand in Dubai
Francesco Totti smiles slyly and proudly holding Noemi Bocchi’s hand. This is the couple’s first official outing together. On the blue carpet they parade beautiful and elegant. The Pariolina is serious and excited in front of so many flashes, but she clings to her partner who instead appears satisfied and perfectly at ease with her. They walk the runway at the 2022 Globe Soccer Awards among soccer greats. An important, coveted and prestigious event for the world of football, the perfect opportunity to show off with Noemi Bocchi. They waited for the right moment to formalize the engagement in front of the fans, but then they did it big. In Dubai Francesco Totti and Noemi Bocchi lent themselves to the photographers and he also released some statements and jokes.

Francesco Totti only talks about football
Francesco Totti does not talk about his new life with Noemi Bocchi. He doesn’t unbutton himself with journalists separation from Ilary Blasi or on the new coexistence, let the images of a happy couple in love do the talking. “Meeting personalities of this stature, former players and coaches, is always a pleasure”, said the former footballer speaking of the football event “also because they have always been opponents on the pitch”. He also made a few jokes about the World Cup in Qatar which is preparing to start without Italy: “It’s like going to Rome and not seeing the Colosseum. It is unusual, for us Italians it is negative. But unfortunately these are things that happen in football, they must be taken in the right direction. We will see a different World Cup. The favorites are always the usual France, Brazil, Argentina, Spain, Germany, but not one in particular. Anything can happen…” 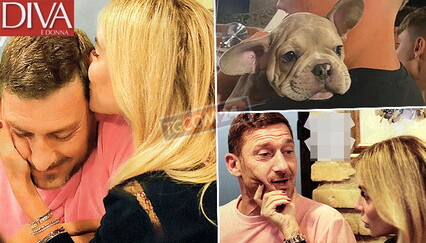 Meanwhile Ilary Blasi flies to New York
And if Francesco Totti and Noemi Bocchi are in Dubai to show together for the first time, Ilary Blasi certainly won’t stand by and watch. The TV presenter flew to New York and posted some sensual and intriguing shots from the Big Apple. The first stop at the restaurant and the photos of the skyscrapers. Mystery about who accompanied her on this beautiful journey to the other side of the world.

Thanks to the Promo Code presented by the showgirl, the magic of the stalls in the main cities is just a train ride away: the flavours, scents and lights of Bern, Basel, Montreux, Lucerne, Lausanne and other cities are cheaper than ever. Here are all the Advent offers and programmes


Thanks to the Promo Code presented by the showgirl, the magic of the stalls in the main cities is just a train ride away: the flavours, scents and lights of Bern, Basel, Montreux, Lucerne, Lausanne and other cities are cheaper than ever. Here are all the Advent offers and programmes

Francesco Totti with Noemi Bocchi, hand in hand in Dubai


Our social media profiles here as well as other pages on related topics here.https://prress.com/related-pages/