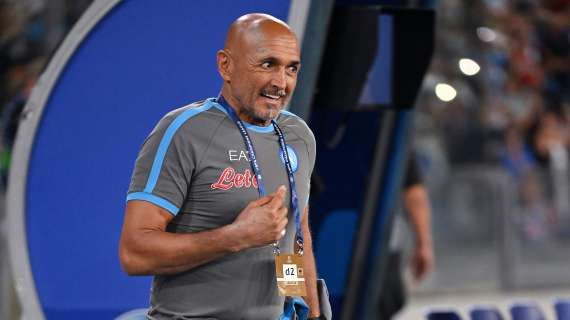 Napoli with Raspadori beat Spezia to the last breath. Spalletti angry at the conference sends some messages to De Laurentiis

Zero to the stupid crusades, which had already begun after half a time with Lecce. There is someone in Naples who is fixated on this story that Raspadori has been paid too much, that Napoli has thrown 35 million. They are the same, mind you, who in the days of the negotiations with Sassuolo and after the inclusion of Juve thundered: “Now we will have it stolen for a couple of million!”. Stay away. They are also contagious.

One goal to finally beat Spezia. A shaman’s curse was lifted, with the Ligurians who had won the last two Serie A matches at Maradona despite suffering 25 shots and 27 shots, winning last year without shooting on goal. Until next time, throwing salt like Canà with Crisantemi at the entrance to the field: “Nothing, it’s raining”. Cit.

Two tunnels dug in the same action by the engineer Kvaratskhelia. The Georgian sees prairies where others see locked doors, imagines played as a football visionary. He stuff to propose him as Minister of Infrastructure, if he is a candidate for the next elections he will also build the bridge over the strait. Vote Khvicha, Vote Khvicha, Vote Khvicha!

Three minutes of fiery beat and beat. In the press room, Spalletti lashes out in version Ralph Breaks everything against the face of Mediaset Raffaele Auriemma: “He said I had a fight with the team” the attack, the reply does not wait: “Send me the audio ”promptly popped up on social media. Judge for yourself.

Four appearances, 103 ‘in Serie A and a sidereal distance from the best condition. Ndombele, then placed there in the middle, convinces little and even less when at 45 ‘you see Prof. Lobotka rise to the chair. It’s like going from the Arisa that today looks like a Pin-Up to the one who sang “Sincerity… And make and redo love… For hours, for hours, for hours”. Sincerity? I don’t hold the courage.

Five changes compared to Liverpool and a turnover theme that becomes almost taboo for Spalletti. A very hot conference technician thunders: “Only you like this exchange game. De Laurentiis likes it too, but everyone has to play here ”. Bruce Willis in Die Hard was a harmless guy by comparison. Luciano with his own hand grenades.

Six games in A plus the brilliant debut in the Champions League: it is a Napoli that knows how to win in many ways. It sounds trivial, but it’s not at all. Because if you tarmac Liverpool and then manage to beat Spezia at the end of the measure, it means that you are learning the greatest lesson of football: there is no match like the previous ones. The discriminating factor is how much you believe in it until the final triple whistle: “If you can wait and don’t get tired of waiting” is the key to everything.

Seven days to look at yourself in the mirror, with a renewed Cage-Travolta physiognomy in Face Off. There is Milan, the exam that Napoli had failed last year in the direct clash at Maradona. The team that wears that scudetto on the chest that could have been elsewhere, perhaps on the blue. This is a new Naples, with new technical leaders, with the renewed enthusiasm of those who eat bread and enthusiasm for lunch and dinner: it will be an entrance test to the University of the Scudetto.

Eight to both faces of Jack, who looks like Nicholson as the Joker. Much wrong Raspadori, maybe almost everything, yet those mistakes give even more value to the paw of the 88th minute. Falling is not a fault, the real fault is not getting up. Giacomo manages to do everything as if he doesn’t have to finish, finish everything as if he were about to start again. There is nothing more shocking than finding yourself running towards the same finish line – the last kilometer of the marathon is always the most beautiful. Good Rasp.

Nine without as in rowing at San Siro: without Osimhen, Napoli, without Leao Milan. Who will suffer the most? In between the Champions League and a chess match between Spalletti and Pioli that will last a week. They are the two teams that focus on new concepts, on the freshness of a youth that knows how to be overwhelming. Napoli and Milan are very, very much alike. And they are paired at the top of the table. It will be a night of stars at San Siro. Even without two phenomena.

Ten a week from God. Lazio, Liverpool and Spezia are a web that Napoli weaves without undoing, the magic word of ‘continuity’ that explodes in the brain. It doesn’t always matter how, it often matters. Foil or with muddy hands, out of breath or leaving the world hanging down: a thousand ways to make love. It is a polyamorous Napoli, which unlike its coach, seems to live following the teaching of Lorenzo the Magnificent: there is no certainty about tomorrow. The power of now is to follow the rule: “Wherever you are, live fully in the here and now”.

From 0 to 10: Spalletti Spaccatutto, the incriminated audio, the 35 million thrown away and the bomb to ADL