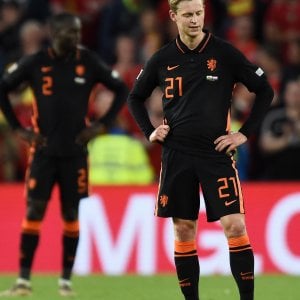 Pradé and Burdisso work on the market to give Italian a squad capable of fighting on several fronts. The latest idea of ​​the purple management is represented by the Juventus midfielder (last year on loan to Cremonese) Nicolò Fagioli. Allegri would like to keep the player with him in retirement while Fiorentina pushes for the loan with the right of redemption. There will be an appointment between the two companies next week to discuss the deal.

Inter raise the wall for Skriniar, but aim for Milenkovic

L’Inter continues to monitor the situation regarding the Fiorentina defender Nikola Milenkovic. The Serbian, with his contract expiring in 2023, is an important goal of the Nerazzurri club given the pressure of PSG for Milan Skriniar. The Nerazzurri central defensive player is not transferable for the club, but an exhibition offer could change the cards and on the table and at that point Inter would go with a decision on Milenkovic.

Ten Hag, the ‘old’ Ajax laboratory to relaunch United: de Ligt is the piece for defense

Roma puts the arrow for Dries Mertens. Unless Aurelio De Laurentiis has sensational second thoughts, the love story between “Ciro” and the Naples has come to an end. The difference of over 1 million euros per season between supply and demand is too much, even if Mertens is hoping for a tail shot to stay in Naples. In case of farewell, Rome and Valencia are the two most interesting clubs at the 35-year-old. José Mourinho dotes on the Belgian and is ready to welcome him with open arms.

The Monza is working on the market to give Giovanni Stroppa a competitive squad. The goal for Adriano Galliani’s attack is the Inter forward Andrea Pinamonti. The offer to the Nerazzurri club is close to 20 million euros, but Inter have not yet made a final decision. Adam Ounas of Naples and Stephan El Shaarawy Rome’s other goals to form a major attack.

Aurelien Tchouaméni is a new Real Madrid player. The blancos have formalized the agreement with Monaco for the purchase of the 22-year-old midfielder who has signed a six-year contract and will be presented next Tuesday at 12. The figures of the agreement have not been disclosed but according to the Spanish press, Real will pay out 80 million euros plus another 20 in bonuses, with Tchouaméni becoming the fourth most expensive player ever in Real history after Bale, Cristiano Ronaldo and Hazard.

There Rome insists on Davide Frattesi. The midfielder (who grew up in the Giallorossi youth teams) is Mourinho’s first goal – given the excessive costs to get to Atletico Madrid’s de Paul – and contacts with Sassuolo they are daily. The 22-year-old midfielder has already said yes to his return to the capital, but there is still distance between the offer from Roma (12 million euros plus two young players from the Primavera) and the request from the Emilians (20 million euros). Sassuolo is interested Felix Afena-GyanMourinho, however, would like to keep him in the squad as Shomurodov and El Shaarawy are not part of the Portuguese tactical project.

Inter, Milenkovic is there if Skriniar leaves. Roma on Mertens. Monza: Ounas and El Shaarawy