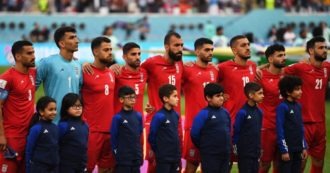 Iranian footballer Voria Ghafouri ended up in prison on charges of having “insulted and tarnished the reputation of national and to have done propaganda” against the Islamic state. They have arrested after a workout with his club, the foolad Khuzestanin front of the son of suns 10 years. A signal from the Tehran regime, probably also addressed to the Iranian players involved in the World Cup in Qatarwhich against England they refused to to sing the anthem: there is not tolerance for those who criticize the regime. Voria Ghafouri indeed had supported openly the protests that have been inflaming the country for over two months, after the death of Mahsa Aminithe young woman who died on 16 September while in police custody for not wearing the veil.

World Cup 2022, Iran’s national team does not sing the anthem: so the players are supporting the protest for women’s rights

“I spoke to friends in Tehran, Ghafouri was arrested in front of his 10-year-old eldest son. And the wife is very worriedlike all of us,” he told theHandle Andrew Weighmensaying he was “shocked” by his captain’s arrest when he was coaching theEsteghlal of Tehran, in 2019. Before joining Foolad, Ghafouri actually played in the main Iranian team, but his contract was terminated at last Julyaccording to some for his repeated criticism to the government, which could also have cost him the failure to call up to the World Cup. Thirty-five years old, Kurdish origins, a symbol of authority, intelligence and fair play and a former member of the national team, Ghafouri is not new to frictions with the authorities of the Islamic Republic. And from his social media he has strongly supported the recent protests in the country, even visiting areas populated by Kurds to express solidarity to the families of victims of repression. 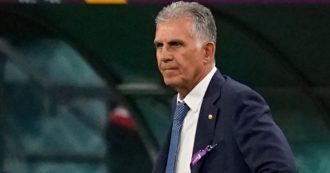 World Cup, Iran coach Queiroz defends the gesture of his players: “Whistling? Those who don’t support us stay at home”

Ghafouri is not the first big name in Iranian sport to be involved in the crackdown: the footballer too Hossein Mahini he was arrested in October for supporting the protests, only to be released. But with a past of 28 appearances in ‘Team Melli’, as the national team is called, from the halls of power in Tehran they must have thought that Ghafouri had the perfect profile to send a clear message in Doha and to all Iranian sportsmen engaged in the world. On the eve of the match against the Walesthe ct Carlos Queiroz he asked for “respect” for the country’s history and did not want to go into the delicate political position of his players. That after the arrest of their comrade Ghafouri, they will have to choose what to do: fall back in line or continue the fight.

For us, the only masters are the readers.
But those who follow us must contribute because we, like everyone else, don’t work for free. Become a Supporter too.
CLICK HERE

Gustavo Alfaro, the coach who revived Ecuador and wrote a book on how he led them to the World Cup