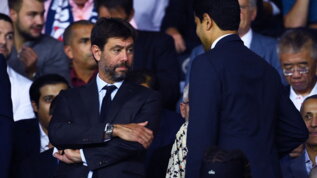 In the next few days the Board of Directors will be held, as well as the accounts, the delicate situation of the team and how to get out of it will be discussed

The sensational defeat at Monzaagainst a team until last Sunday in the standings and dry of victories in Serie A, has officially the crisis opened at Juventus and society is now facing one extremely delicate situation. The Juventus boardwhich will have to approve the budget for the 2021/22 season (an estimated € 250 million in reductions), but also evaluate team performance by Allegri and decide how manage this start of the season clearly below expectations.

The two aspects, the economic and the sports one, on the other hand, go hand in hand: greet the Champions League already in the groupswhich the Bianconeri are well on the way to do after the knockouts against Psg and Benfica, would be a hard blowas well as it would be very hard to close out of the top four in the leaguehaving to renounce the Champions 2023/24 takings.


juventus
Juventus, the estimated loss in the 2021/22 budget is 250 million euros

The season started just over a month ago, but it is clear that the team needs a sudden and decisive change of course. The latest performances were nothing short of desolating And that of absences is an alibi that does not hold upalso because the Serie A calendar has so far been rather benevolent, yet Allegri’s boys were put under by much inferior opponents on paper, like Sampdoria, Salernitana and Monza itself. The performances, on the other hand, have been getting worse and so far there was not the slightest hint of a reaction of pride to the criticisms received. Indeed, the red to Di Maria after 40 ‘seems to testify a atmosphere of palpable nervousness.

L’possible exemption of the Tuscan technician was judged “madness” by the ad Maurizio Arrivabenebut it remains to be understood whether this is an exclusively technical reasoning, because we want to give confidence and continuity to the project started in the summer of 2021, or whether it is above all thehiring of Allegriarmored until 2025 by a 7 million contract plus bonuses per season.

What is certain is that, at least for the moment, the Livorno coach remains in the saddle, despite one neckline increasingly evident and marked with a good part of the base, or those fans who call for their expulsion to the sound of protests at the stadium and the hashtag #AllegriOut. The two weeks of rest will serve him to rearrange his ideas and the Board of Directors to deal with him. Then, something will have to change. One way or another. 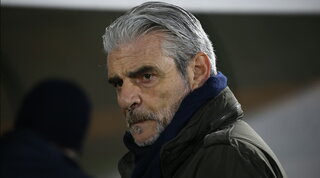 juventus
Juventus, Arrivabene: “Allegri in the balance? Changing coach would be madness”

Juventus: Allegri remains in the saddle, but the crisis ends on the board of the Board