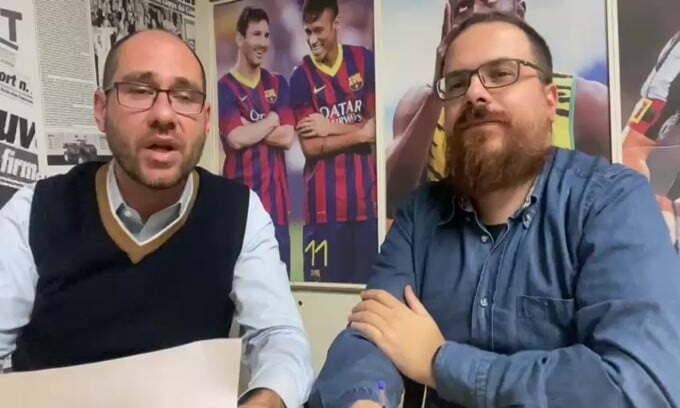 TURIN – Tomorrow will be the last day of training, away to Vinovo. Then, the few black and whites (Perin, Pinsoglio, rugani, Locatelli, kean and all the injured) still under the orders of Massimiliano Allegri will go on holiday: an anomalous period of rest, in the middle of autumn, but it is known that this season, interspersed with World in Qatar, it is particular. For seventeen days the first team will say goodbye to Turin: the appointment for the resumption is set for Tuesday 6 December when preparation will start anew, as if it were summer. There Juventus he doesn’t have any hot tours planned, unlike other Serie A clubs, but the club is working to organize two-three friendlies to be played in December.

Ronaldo’s version: “Allegri among the best”

Opponents and dates have not yet been made official, but the idea is to renew the summer challenge against Barcelona. At the end of July they had played in Dallas and it ended 2-2 with a brace from Moise Kean, who had responded to that of Ousmane Dembelé, now it would be scheduled for December 22 at the Allianz Stadium, a nice Christmas present for the fans black and white. First, however, Juventus should fly to London (the appointment would be for Saturday 17 December) where they will face thearsenal by Mikel Arteta, leaders of the Premier League, returning from the tour in Dubai where he challenges Milan. For the third test, word has spread of an Italian derby to be played in Malta, but the luxury friendly againstInter seems difficult to implement: Simone Inzaghi’s team will be in retreat on the Mediterranean island from 5 to 9 December while Juventus resume training only on the 6th and the times seem too tight to put a little petrol in their legs and, at the same time, fly to Malta for the friendly.

Juventus will work until December 23, when there will be a break from ranks for two days of Christmas break that Allegri will grant to the group. From the 26th the team will be back at Continassa and will start again at full capacity because the last of the eleven black and whites for the World Cup will also return (some could do it earlier, depending on the route in Qatar). From then on there will be no more stops or breaks, but the whole team will be concentrated on resuming the season: the away match to Cremona on January 4th will be in the sights, when the championship will start again: kick-off at 18.30. Juventus will not only have to defend the third place conquered on Sunday, when they beat and overtook the standings Lazio. But he will have to attack the leaders Naples, from which it is separated by 10 points. Two dates to circle on the calendar: January 13 for Napoli-Juventus and April 23 (but the appointment has yet to be made official) for the return to the Stadium. Hitting two victories would allow the black and whites to gnaw at six points, a possible goal if you aim for the Scudetto.

Sign up for the Tuttosport League Fantasy Championship and win fantastic prizes!

Juventus, first pleasure and then duty: program and friendlies