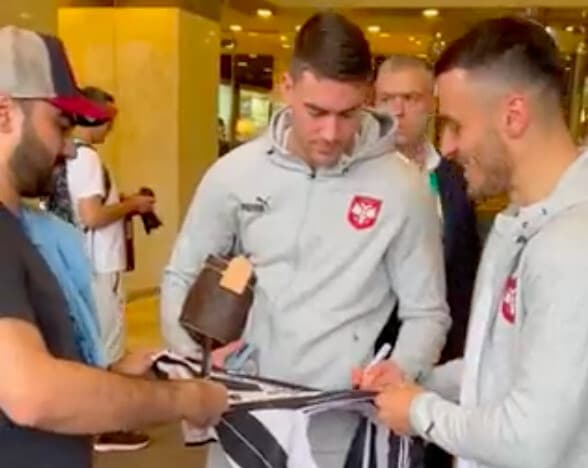 Arrived last summer from Eintracht Frankfurt for 12 million euros plus 3 bonuses, the club to which Luca Pellegrini was sent – with the loan formula – Filip Kostic it took him little to win the hearts of the fans. A start between lights and shadows, a bit like the whole team, then the explosion, which coincided with the move to a 3-5-2 formation, a form that effectively handed over the keys to Juventus’ left-handed outfrom flag to flag. 21 appearances collected so far, 15 in the league, enriched by a goal and 5 of the 6 total assists for black and white, and 6 tokens in the Champions League: a score, on the rise, which earned him the “Best Footballer of the Month November“, awarded by the Italian Footballers’ Association.

Kostic footballer of the month: the note from the Aic

“Upon his arrival in Italy Filip Kostic was among the most creative players in Europe. In the Bundesliga since 2014 no one had made more crosses than him, and only Tomas Muller had made more assists. His ability in crossing, an increasingly less used fundamental, made him perfect for triggering Juventus strikers. However, his inclusion was not so immediate: Kostic had been exalted at Eintracht by a system that saw him outside the full range of a 3-5-2 or a 3-4-2-1, modules that left him space in front to attack using the power of his run. It is no coincidence, therefore, that the decisive turning point for Kostic (and for Juventus) came with the transition to a 3-5-2. In this month of November, in which Allegri’s team has rediscovered cohesion and brilliance, Filip Kostic was a safe haven on the left wing, both to bring the ball back up with his progressions and to refine the action with his crosses . His performances earned him the award of November AIC Player of the Month, beating Victor Oshimen (2 goals and 2 assists in Napoli’s three November victories), Federico Baschirotto (who bathed his golden moment with a goal, in a recovering Lecce) and Edin Dzeko (author of one of the best goals of the season against Bologna)“, reads the note issued by the Italian Footballers’ Association.

Kostic, the numbers with Juventus

“The Serbian is the Juventus player who in Serie A has the most assists (5), the most crosses (105), the most chances created (27), the most participations in direct actions leading to a shot (46). His best match came against Inter, in an exhilarating victory for the Bianconeri. The Serbian provided the two assists for the two goals that decided the match and he did so at the end of actions which, in different ways, explain how he is becoming a difficult player to stop in Serie A. Even against Lazio, a team defending very closely, Kostic confirmed his form. Sought after with great continuity by his companions Kean’s easy tap-in was born from one of his shots and, more generally, containing him had been a big problem for the Lazio defense (although he played 63 minutes he was the player on the pitch most involved in actions that led to a shot of the match). In November, thanks to an exceptional state of form, Kostic confirmed that he is a very creative footballer in his own way. Upon returning from the break for the World Cup, he will try to confirm the good things we have seen in the last few games“, concludes the Assocalciatori in the note issued on its official website.

Sign up for the Tuttosport League Fantasy Championship and win fantastic prizes!

Kostic is the best footballer of the month for November


Our social media profiles here , as well as other related pages herehttps://prress.com/related-pages/